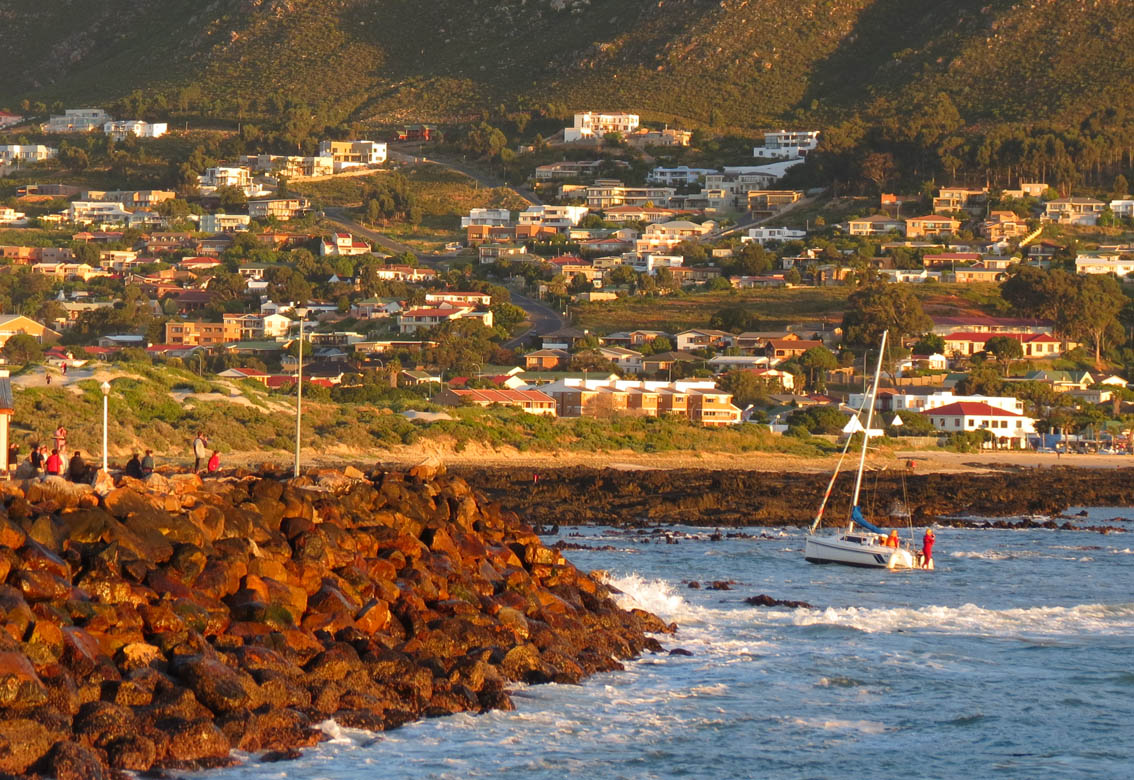 “On arrival on-scene we found the 19 foot local yacht THULI foundering in amongst the pinnacles and rocks 20 meters off-shore of the Harbour Island harbour wall.

“All 3 crew onboard, local Skipper Chris van der Nest and his two male children, a 13 year old and (believed to be) a 5 year old had abandoned the yacht, in shallow water, and waded ashore through the pinnacles and they were safely ashore and not injured.

“The yacht was at anchor in amongst the pinnacles. It appears that the yacht had left the harbour to go to sea but facing short choppy windswept sea conditions the skipper may have decided to return to shore and we suspect that a wave washed over the motor as the yacht turned around causing the motor to stall and the yacht was washed onto the pinnacles. The skipper dropped anchor which prevented the yacht from being pushed by the tide and onshore wind into the harbour wall. The skipper then abandoned ship with his two children and they waded ashore in the shallow water.

“We launched our rescue runner INGE and our deep-sea rescue craft JACK RILEY to assist in a yacht recovery operation.

“The owner will affect repairs to the yacht which sustained some damage from scraping against the pinnacles and rocks.

These pictures are downloadable from Sea Rescue’s Flickr page. 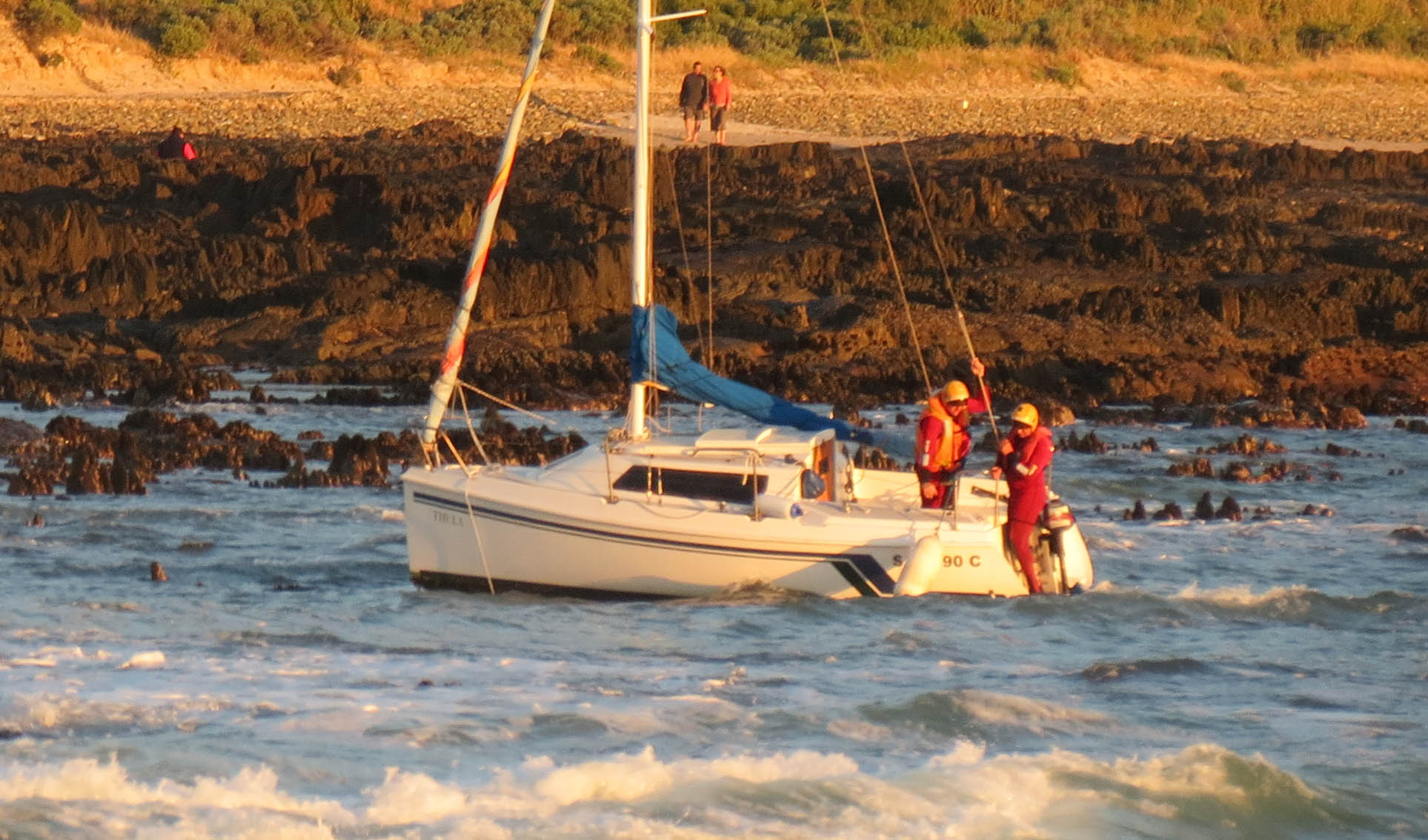