At 12h50 on Sunday, 30th September Port Edward volunteers  were called out following reports from the uBunthu lifeguards of a rescue they had in progress at Port Edward Main Beach.

Alan Stilwell, NSRI Port Edward duty controller, said that our duty crew responded to the scene where we found a 19 year old local girl who had been rescued from the surf by the uBunthu lifeguards after she had got into difficulties in a rip-current in the surf.

The teenager, presenting with signs and symptoms of near drowning, was stabilized on-scene and transported to our Port Edward sea rescue station’s first aid room where medical treatment continued to be administered.

A Med Evac ambulance was summoned and the patient was transported to hospital in Port Shepstone, in a stable condition, for observation for secondary drowning.

The teenager was expected to make a full recovery.

NSRI are continuing to warn that for the remainder of this week the sea is in the Spring Tide brought on by the full moon on the 30th September, meaning higher than normal high tides, lower than normal low tides and stronger than normal rip-currents prevailing until the end of this week. Bathers, and anglers fishing from rocks and piers, are urged to be cautious. 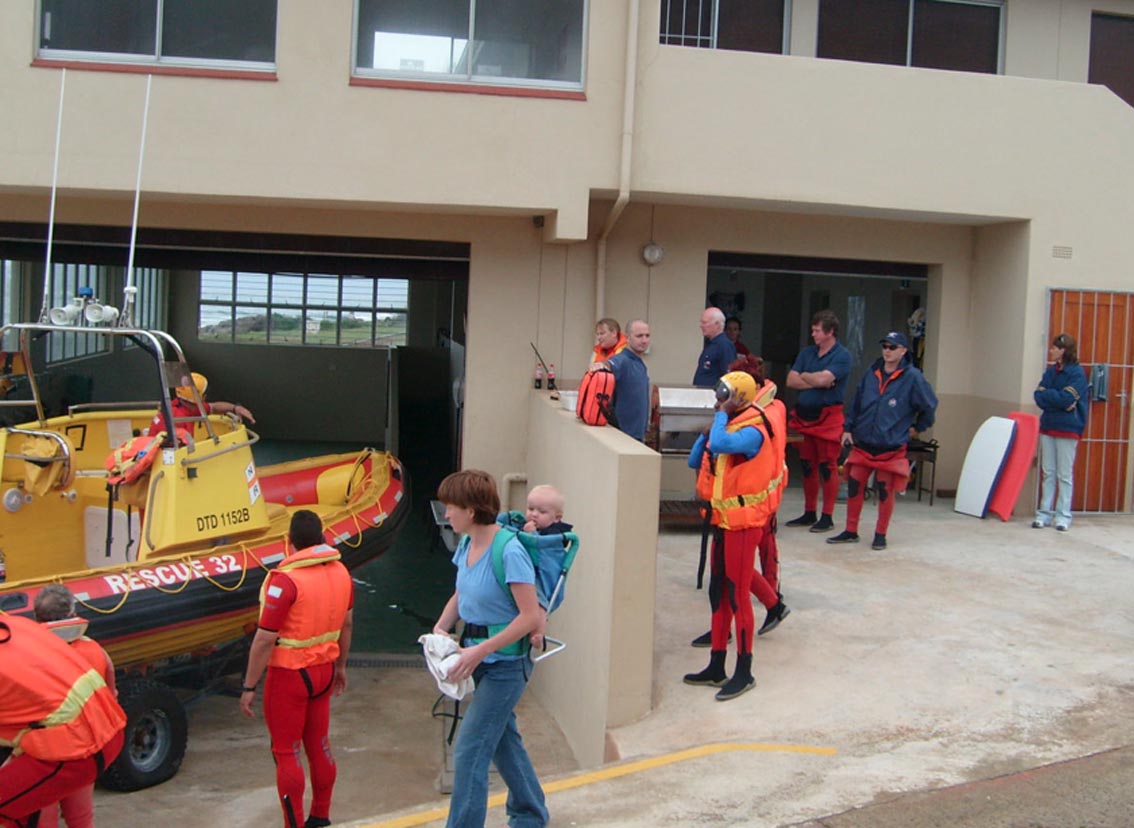