“45 year old Andrew Kallman, from Klip River, Vereeniging, and his 14 year old daughter, were spearfishing off a boat with skipper and fellow spear fisherman, 47 year old Paul Putter, from Scottburgh, when during a free dive, while spear fishing, Paul Putter failed to return to the boat at 10h00. Andrew and his daughter searched for Paul while trying to find the onboard hand held radio and after they couldn’t find Paul, and on locating the radio onboard, they raised the alarm.

“NSRI Durban activated our duty coxswains Paul Dawson’s private boat, Teecha II, and the Scottburgh lifeguards and Police Search and Rescue were activated and on arrival on-scene a search commenced for missing Paul Putter but shortly into the search it was confirmed that Paul had swum ashore at Park Rynie. He had been separated from his boat while free dive spear fishing and had managed to swim ashore and was not injured.

“Duty coxswain Paul Dawson, aboard Teecha II, transferred the 14 year old daughter to the lifeguards rescue rubber-duck and she was taken ashore safely and the ‘casualty boat’ with Andrew Kallman onboard was taken ashore at Rocky Bay and no further assistance was required.” 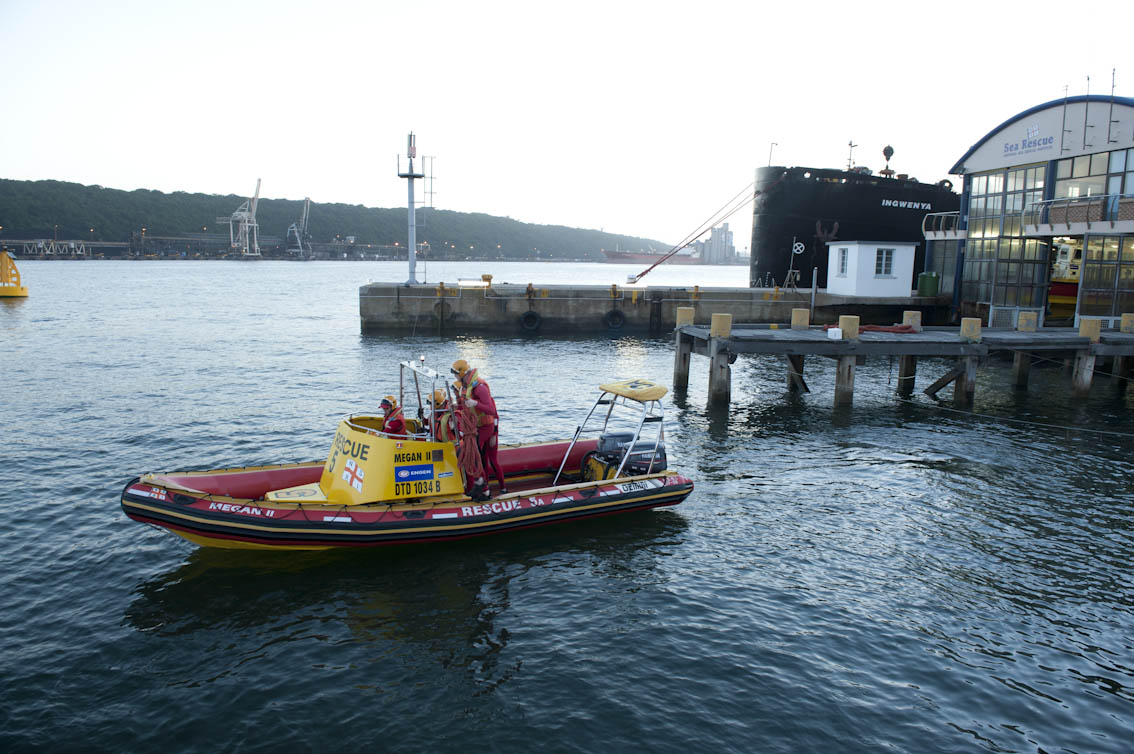