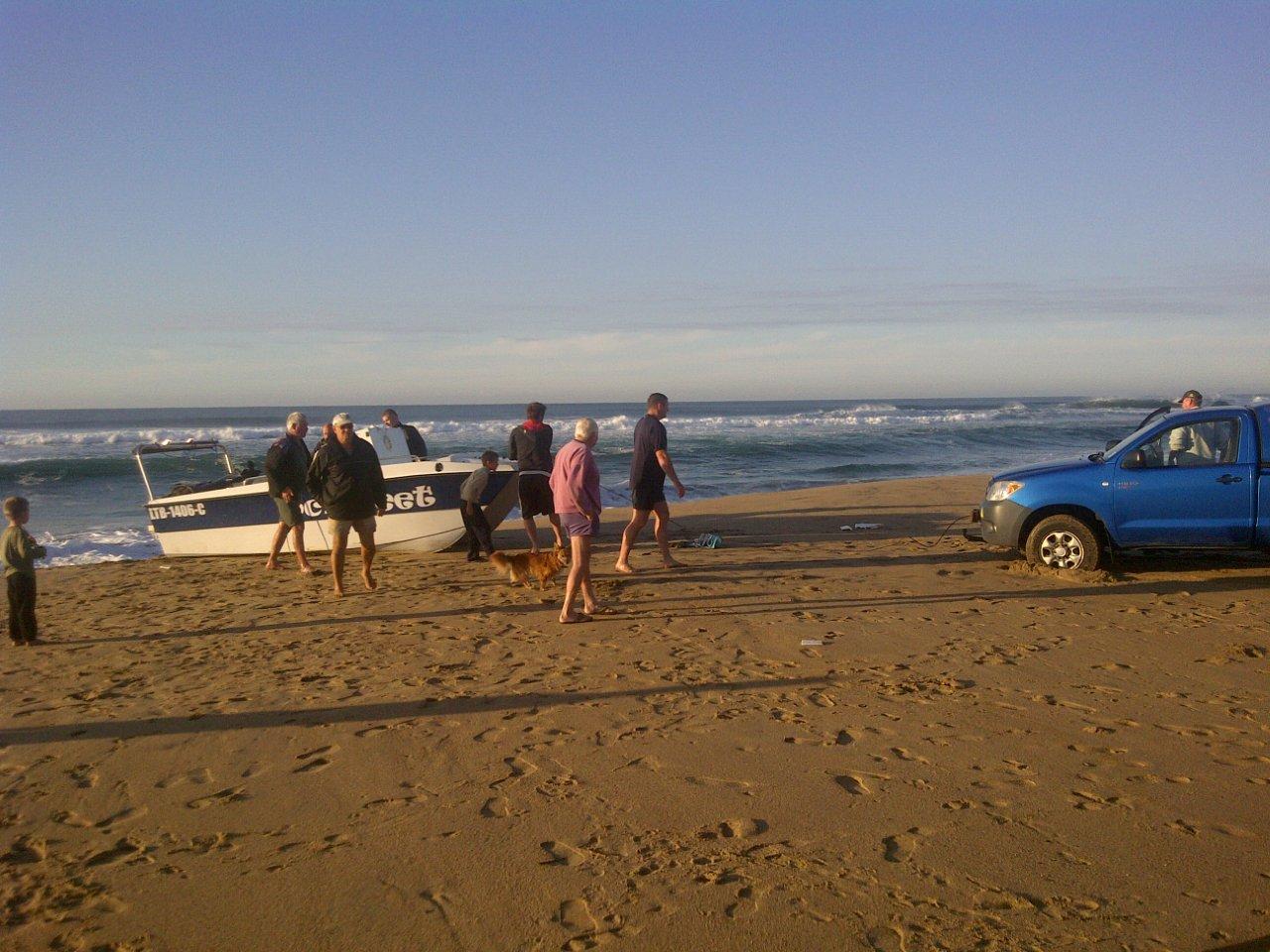 “On arrival on-scene it was found that a private 12.5 ft catamaran with 3 people onboard had capsized (and not a dive charter boat with 10 people onboard as was originally reported). All 3 people had swum ashore and were accounted for and although 2 suffered injuries they were all safe.

“The 9 year old is suspected to have suffered a fractured left leg, and the Grandfather suffered numerous fish hooks embedded in his leg, both injuries are believed to have been sustained when their boat, SCHWEET, capsized.

“Local diver charter boat, Aliwal Dive Charters and local fishermen also went to help following the capsizing and the capsized boat was recovered by them and has been taken out of the water and towed to the care of the Umkomaas launch site safety officer for inspection by Police and SAMSA (the South African Maritime Safety Authority) are informed of the accident.

“It is believed that the boat was capsized by waves while launching to go to sea and the incident happened close to shore in the shore break.

“The father was not injured and the 2 injured patients were treated on-scene by paramedics and transported to hospital by ambulance in stable conditions.” 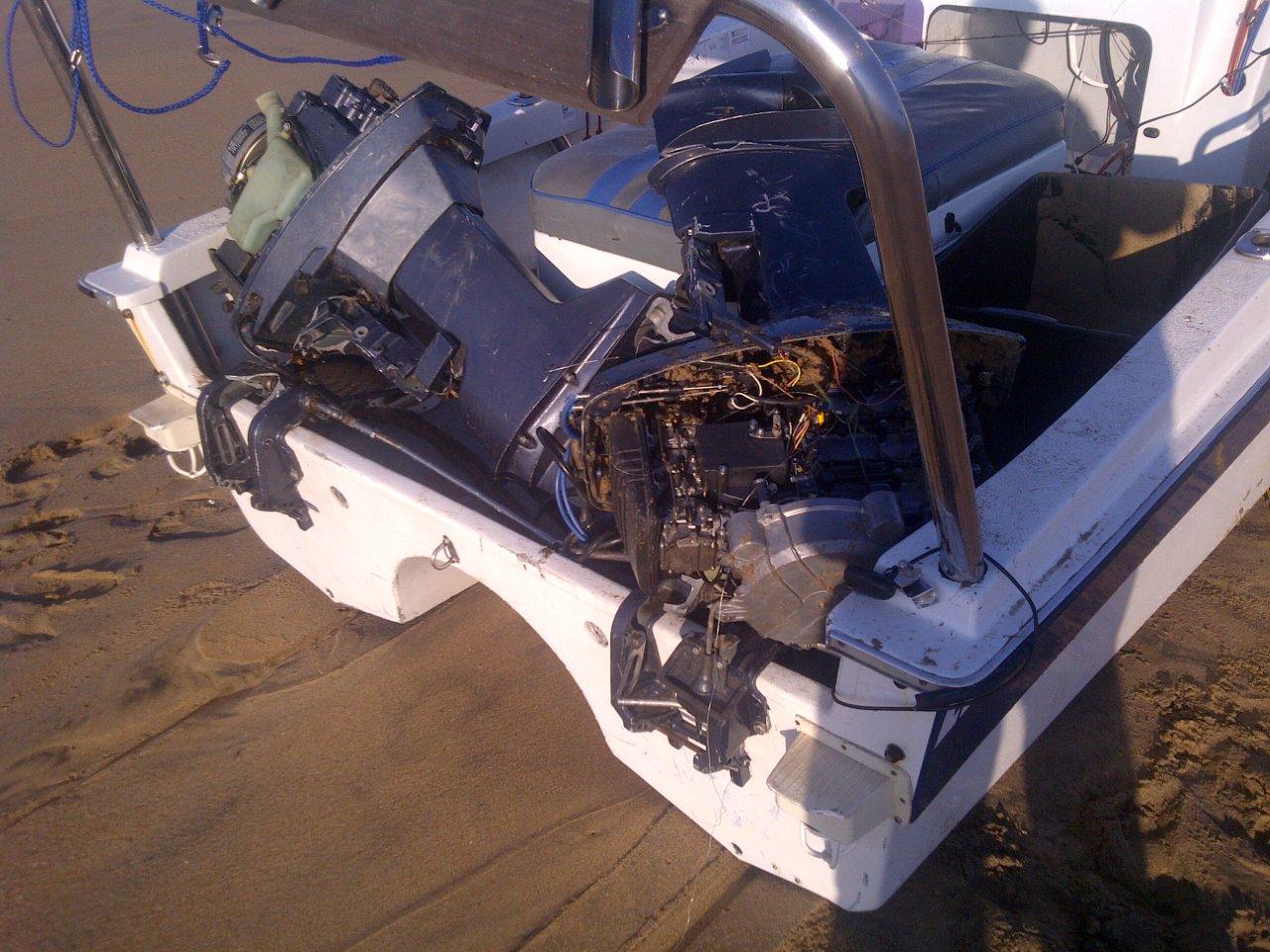