The 12 foot fishing vessel that capsized 1.5 nautical miles off-shore, between The Willows and Schoenmakerskop, approximately 18 nautical miles west of Port Elizabeth, is the Tracy Jane. She was skippered by local fisherman Andre Barnard and his crew (only first names obtained) Tom, Dean and Leonard.

They had been fishing when the incident happened.

Once the NSRI Port Elizabeth Sea Rescue craft had rescued the men off of the upturned hull of their boat the capsized boat was righted and towed by NSRI.

Initial hopes were to tow the boat to the Noordhoek slipway but a spring low tide made conditions too shallow to recover the boat there and the Tracy Jane was then towed to Port Elizabeth where she has been recovered.

The men reported that while recovering their anchor they suspect that it may have fouled on the boat causing it to capsize. A full investigation has been launched by SAMSA (The South African Maritime Safety authority) to determine the cause of this maritime accident.

Very soon into the response it was confirmed that it was not an airplane crashed into the sea, but a 12 foot fishing boat that had capsized, and 4 fishermen onboard were setting off red distress flares from the upturned hull.

On arrival on-scene all 4 fishermen were found to be safe and they have been taken aboard the Sea Rescue boat.

Attempts made by NSRI rescuers on-scene to try to right their capsized fishing boat have been successful and the rescue boat is towing the casualty towards Port Elizabeth.

It is unknown at this stage what caused the fishing boat to capsize and NSRI will provide another statement as soon as more details are available.

It is unknown at this stage what led to the misconception that this had been an aircraft accident. 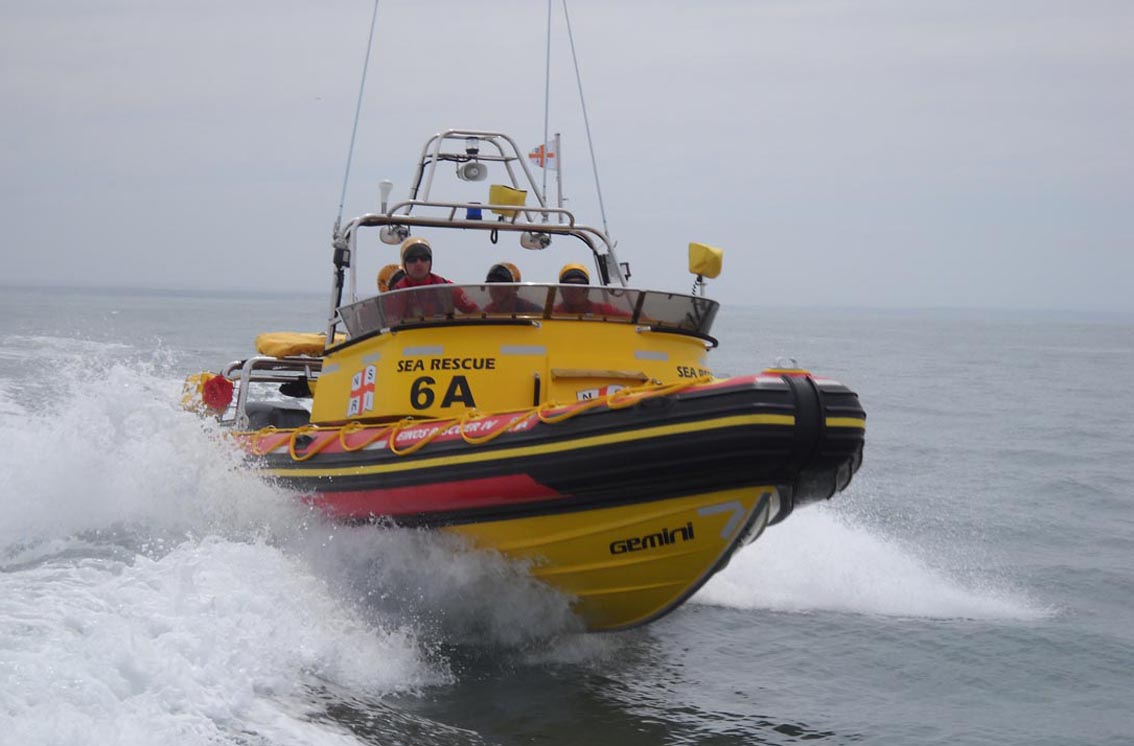