At 09h00 on Saturday 02nd June Sea Rescue’s Agulhas volunteers were called out for an 8 meter fishing boat, Piranha, with 6 fishermen on board, reported to be sinking 12 nautical miles off Agulhas, at ’12 Mile Bank.’

According to Reinard Geldenhuys, NSRI Agulhas station commander, the sea conditions are a 2.5 to 3 meter gentle swell with little wind.

Hermanus NSRI were placed on alert.

While our sea rescue craft were responding to the scene we received reports that the fishing vessels Peg-Leg and Waggies had arrived, and that 1 of the fishermen from Piranha had been taken on board Waggies, while the remaining 5 fishermen stayed on board Piranha.
Peg-Leg had attempted to take Piranha under tow but the tow-line had failed and they then stood by on-scene in case they needed to take the remaining 5 fishermen off Piranha, while they waited for the arrival of Vodacom Rescuer VII.

When sea rescue arrived on-scene the casualty boat was taken under tow by Vodacom Rescuer VII and is being towed to Struis Baai harbour with the 5 fishermen still on board.

Their estimated time of arrival in Struisbaai harbour is midday.

The Skymed helicopters have been stood down, as they are no longer required, and they are returning to base.

No injuries have been sustained to any of the fishermen.

It is not yet known what may have caused the fishing vessel to take on water and SAMSA (The South African Maritime Safety Authority) will conduct an investigation to determine what caused this incident. 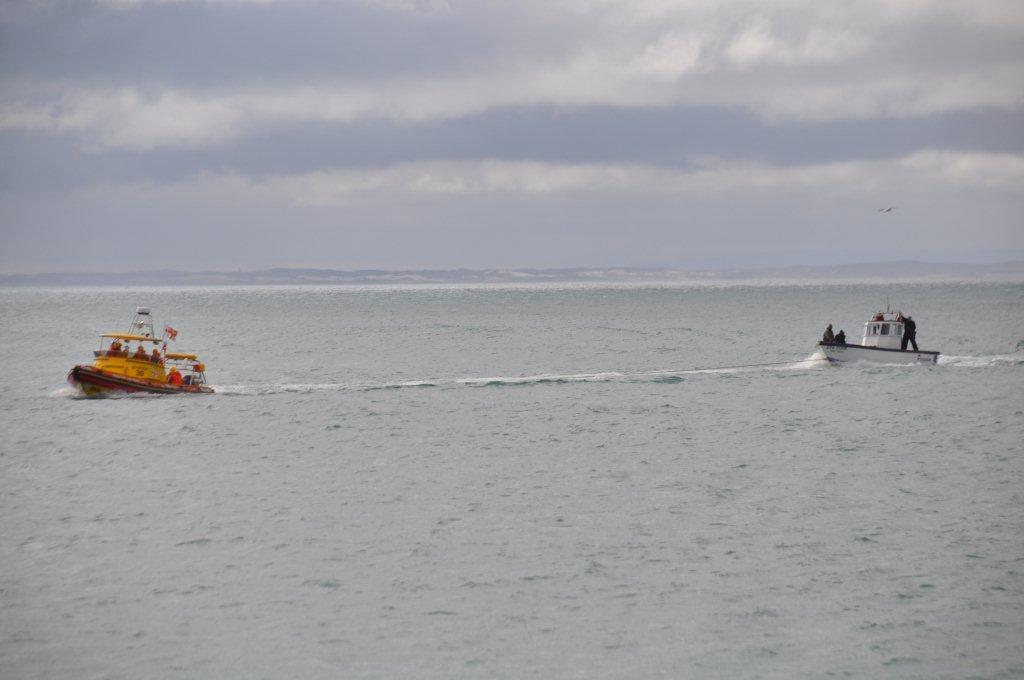 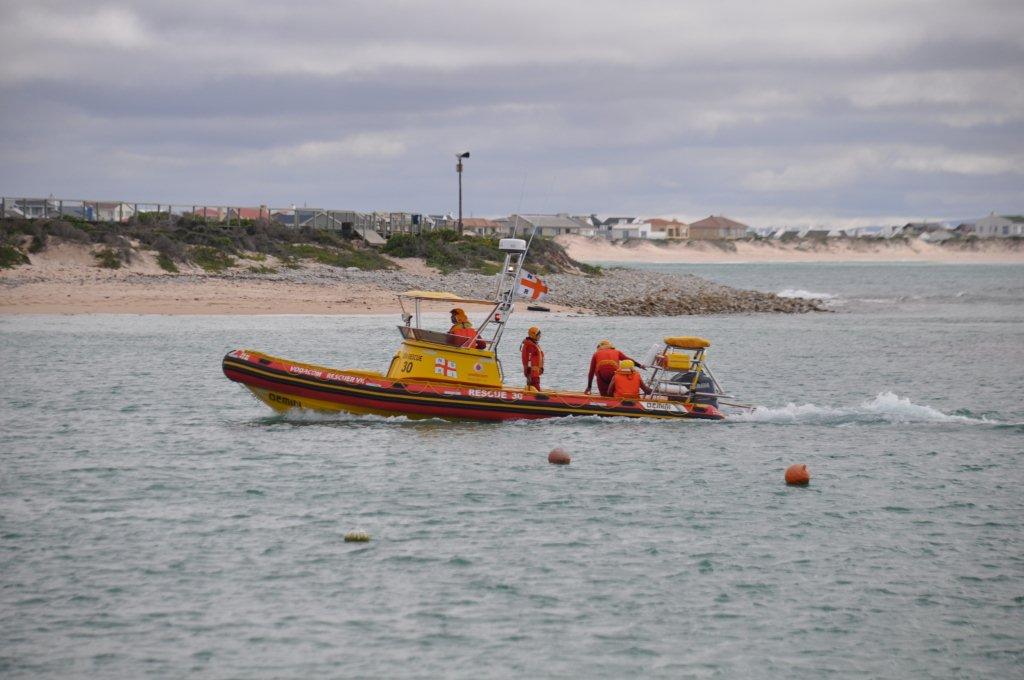 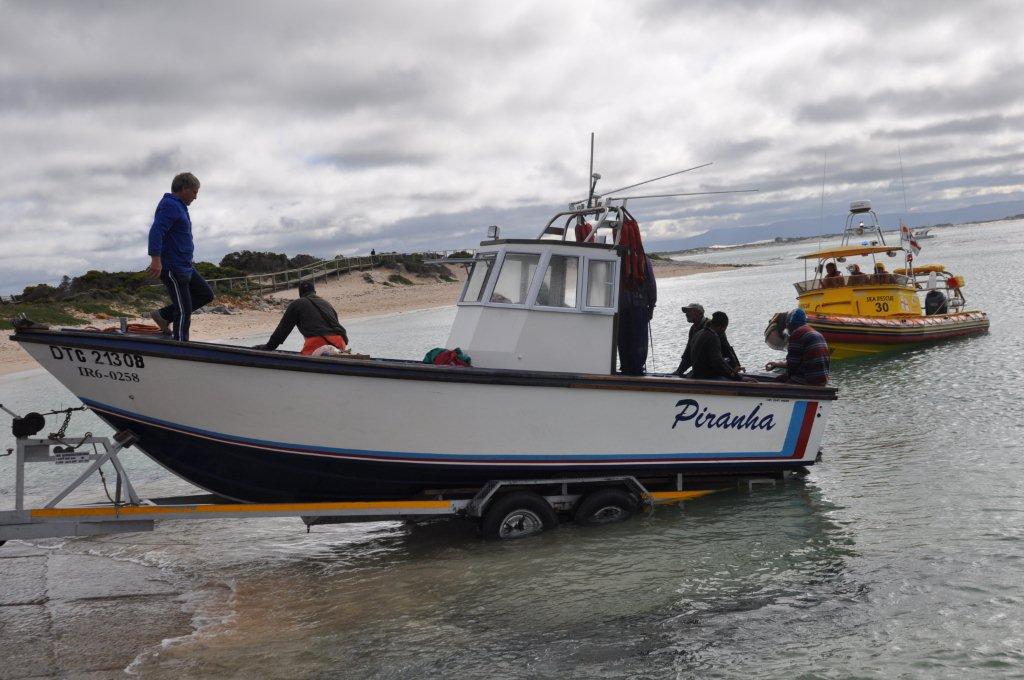