At 19h12 Port Alfred volunteers were called out following reports of 2 SA National Park rangers, one a Marine ranger and one an intern, being swept out to sea aboard a small rubber-duck off Bird Island where they are stationed.

The two men, SAN Parks Marine ranger Andre Boucher, 38, from Colchester, and SAN Parks intern Lonwbo Lamani, 27, from Colchester, may have been conducting boat checks on the SAN Parks rubber-duck, stationed on Bird Island when, after allegedly striking a rock, the motor fell off the boat, and while recovering the motor their cell-phone fell into the water and they drifted away from the Island and out to sea. 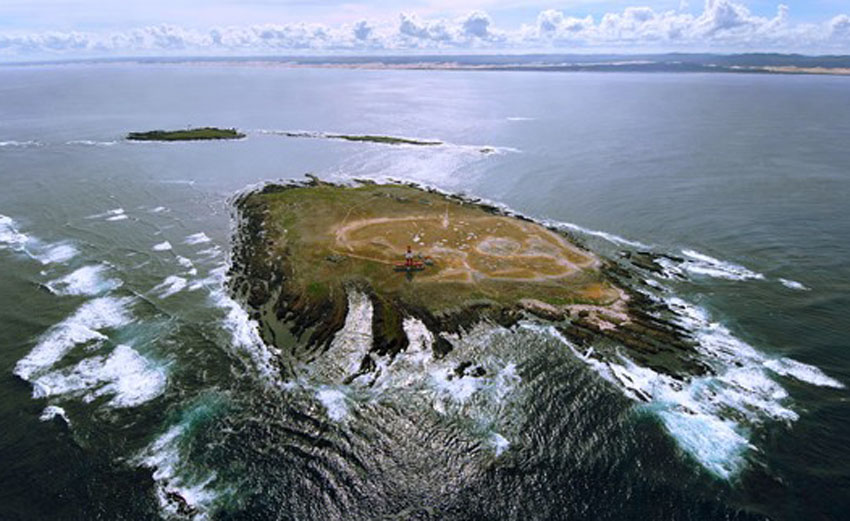 Having drifted a mile off Bird Island, colleagues of theirs, on the Island, raised the alarm.

Our duty crew launched our sea rescue craft Kowie Rescuer and a SAN Parks Ballistic Inflatable Rigid Craft (IRB) launched to respond to the area to begin a search fully aware that it would take the rescue resources about an hour and a half at best speed to arrive in the search area.

NSRI Port Elizabeth were also called and they launched their sea rescue craft Spirit of Toft and NSRI rescue vehicles were dispatched to begin shore patrols along the 60 kilometer stretch of barely accessible beach that lies land side of Bird Island with the hope that they would drift ashore.

On arrival on-scene a search commenced and in near pitch darkness, with no moon, it was confirmed that the only safety gear onboard the rubber-duck were life-jackets while other safety gear, like red distress flares, torches, a whistle, had been left behind on the Island seemingly because the men had only intended on a short ride to test the boat!

A Police helicopter was placed on high alert to join in the search from first light if the search continued into the next morning.

At around midnight the search light on the sea rescue craft Kowie Rescuer spotted the reflective tape on one of the mens life-jackets and they were found drifting out to sea 4 nautical miles North East of Bird Island.

They were both treated for hypothermia, exhaustion and dehydration.

According to the men they had launched at 14h00 and got into trouble at around 16h00. They had been adrift on the high seas for 7 hours. They had tried to paddle ashore in the afternoon but had grown exhausted and had effectively given up on any attempt to paddle their boat.