At 12h03 NSRI Strandfontein volunteers, WC Government Health: EMS, the EMS Skymed helicopter and the SA Police Force were activated following reports from Law Enforcement of a boy (between the ages of 11 and 13) who is believed to have gone missing in the surf at Macassar Beach while swimming.

An extensive sea, air and shore search has revealed no sign of the boy and Police divers are continuing with an ongoing search operation.

It has been reported that the child had arrived at the beach on his own with a tractor tyre tube. It is unknown where the child is from and only clothing that belongs to the child and the tyre tractor tube as been found on the beach.
Three eye-witnesses have confirmed that the child was seen in difficulty in the water before disappearing.

Police have opened an inquest docket and attempts will be made to track down the child’s family.

While it is strongly suspected that this was a drowning accident Police are investigation all avenues including the possibility that the child could have left the beach even though, based on eye-witness reports, it remains most likely that the child has drowned. All possibilities are being explored.

NSRI and Police are appealing to anyone with information, that can help in identifying the child, believed to be either a colored or a black male, aged approximately between the ages of 11 and 13 years, suspected to be wearing only shorts or his underpants when he went into the water.
The clothing left on the beach, by the child, is a pair of REFLEX black slippers, Khaki three quarter pants, a black T-Shirt with a Fire-Fighter (Fire Department) type insignia on the chest and the wording on the front of the T-Shirt (below the insignia) INVADERS – ASTEROID. 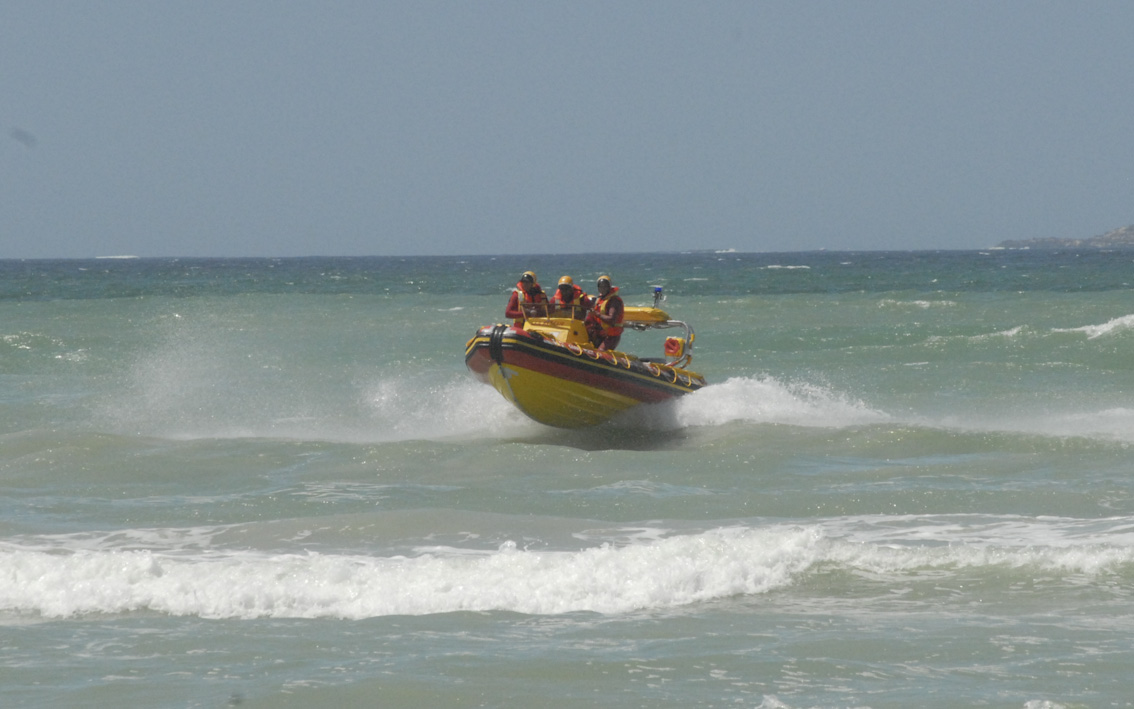