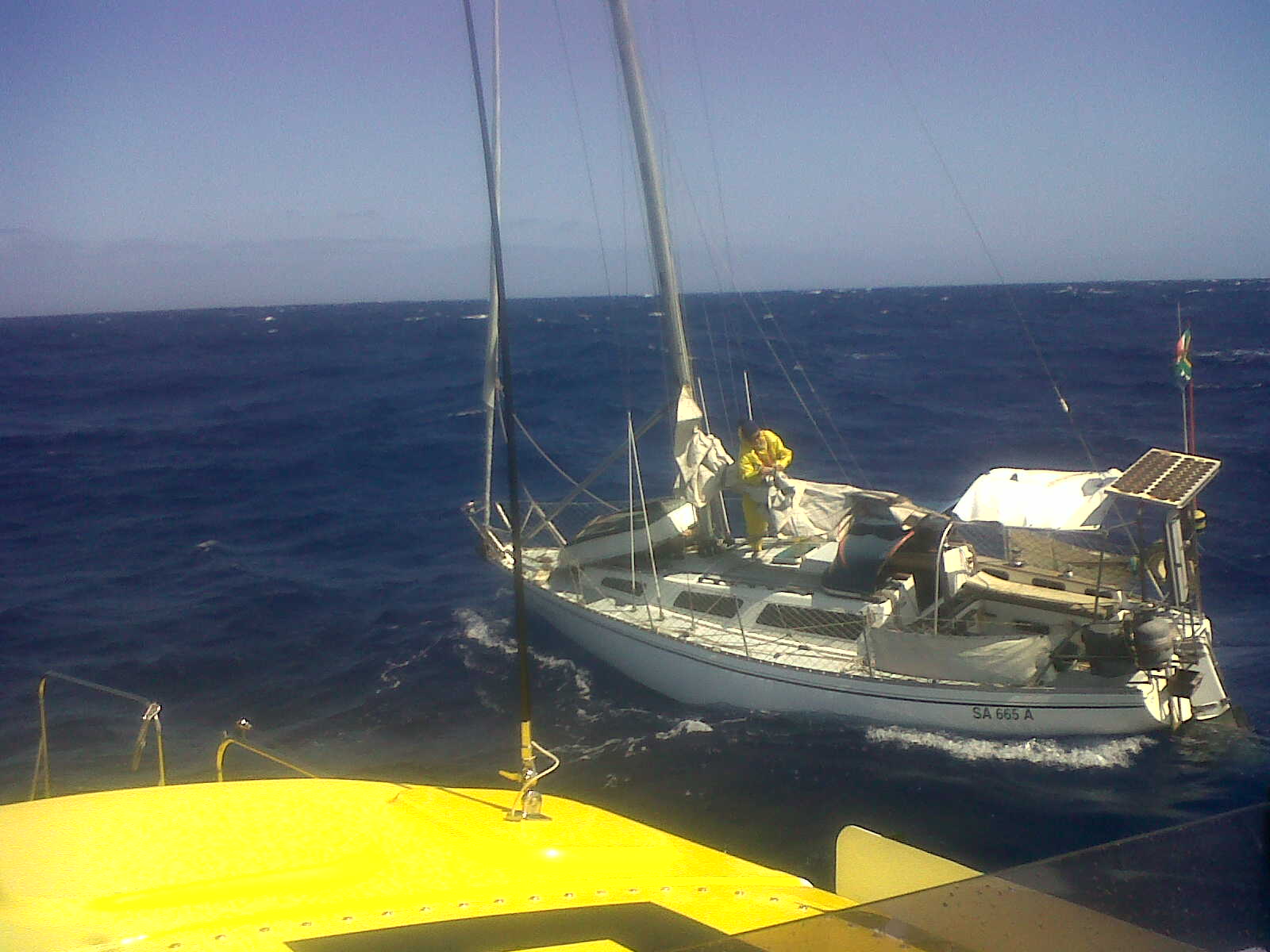 At 11h30 on Monday 12 November the yacht Gambit, a South African Registered 31footer, with 2 persons on board called Durban Radio for assistance into port after one of the two crew collapsed after losing all feeling in his leg.

Gambit was on route back to South Africa from Madagascar having left their home in Madagascar on the 5th of November. The couple got stuck off Inhacha Island waiting almost three weeks for a weather window to sail safely back to Richards Bay, in the process almost exhausting their food and water supplies.

Finally they got a window and set off. They lost all wind off St Lucia and got caught in a front in which the one crew member collapsed. Fortunately his wife, being a nurse, managed to stabalise him in his cabin, and then weathered the westerly and pushed onwards towards Richards Bay.

At 12h30 “Spirit of Richards Bay” was launched and with very little radio communications headed towards the last given position by Durban Radio ,about 20nm directly out to sea off Richards Bay.

Once in the area, and after establishing communications we spotted the casualty at a further 3NM South of the original position. We established a tow in a good 5m swell and a 20kt SW wind and towed the vessel into the safety of Richards Bay at 17h20. 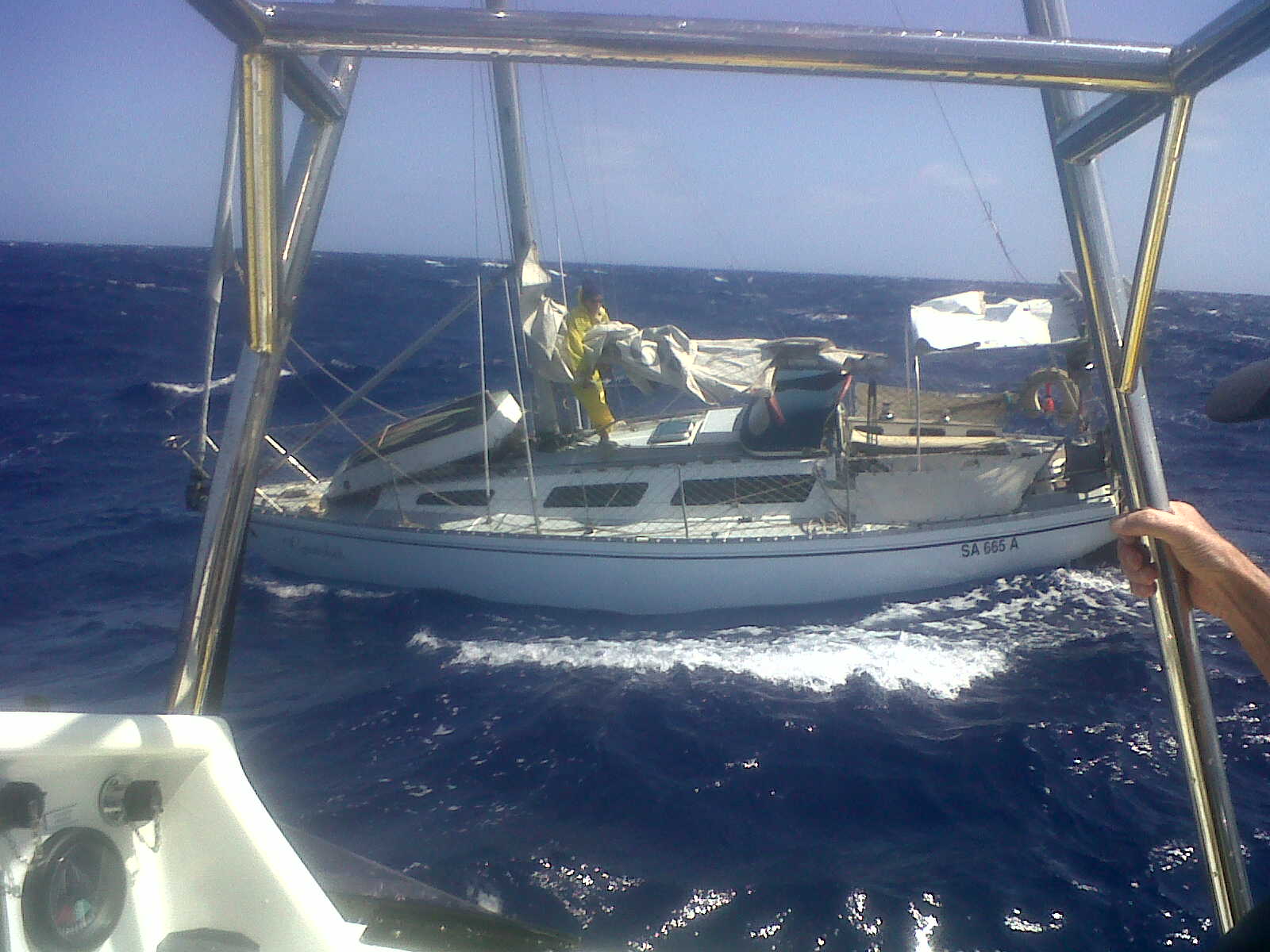