Our sea rescue duty crew, at the base, ran over to the scene nearby and Metro EMS, Cape Town Fire and Rescue Services, ER24 ambulance services, Law Enforcement officers and Metro Police were activated to respond.

One of our NSRI rescue swimmers, David Nurick, was in his wet-suit at the base waiting for one of the rescue boats to pick him up, ( all thee craft were out on exercise). Zimkitha Spambo,12, was spotted floating face down in the water about 50 meters off-shore.

David ran into the surf and recovered the child from the water. She was unconscious, and showing signs of near drowning but fortunately still alive.

We brought Zimkitha to our sea rescue base and treated her for near drowning.

The child was transported to hospital by ambulance in a serious but stable condition.

It appears that a group of 6 children from Vissantekraal, Durbanville, aged between 5 and 13, had been dropped off at the beach by a taxi earlier in the day and were due to be picked up again by a taxi at 18h00 to go home.

The casualty child was part of the group and the near drowning incident occurred while the children were playing in the surf.

During the rescue operation a 5 year old child, also from the group, was noticed to be missing and following a brief search the child was found safe on the beach.

The parents of the child were summoned to our sea rescue base and they collected the remaining children before going through to the hospital.

NSRI urge parents to ensure that their children are accompanied by a responsible adult around any water – coastal waters, swimming pools and inland rivers, dams and lakes. 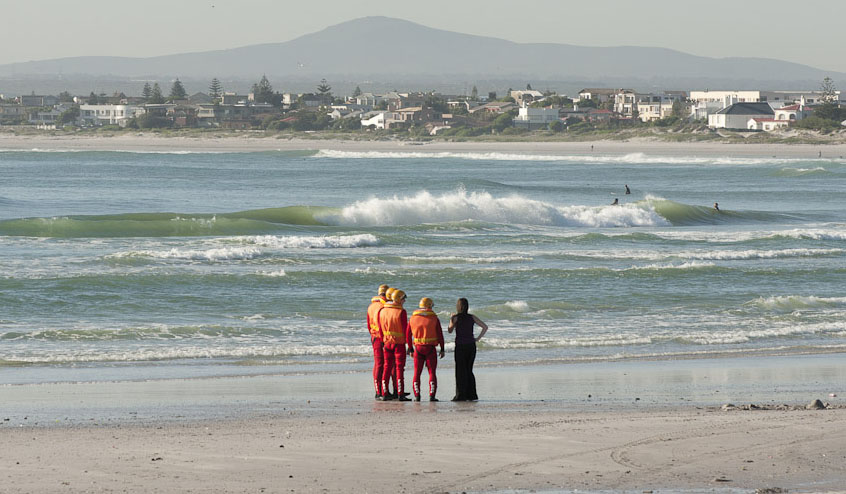