At 18h30 on Tuesday 13th December NSRI Agulhas volunteer sea rescue crew were called out for a dinghy being blown out to sea off De Damme, between Struisbaai and Hermanus in the Buffeljags area.

Two of our NSRI rescue swimmers boarded the Overberg Fire and Rescue helicopter and responded to the scene. NSRI Hermanus were placed on high alert.

On arrival we found that three local fishermen had lost their oars on a small dinghy and were being swept out to sea, already half a nautical mile off-shore.

The two NSRI rescue swimmers,  Jana Louw and Richard Gouws, were deployed from the helicopter into the sea.

In three relays a NSRI rescue swimmer and one fisherman, in a hoisting harness, was static line hoisted to shore. This is known as a ‘short haul’ where a rope hangs underneath the center of the helicopter and the rescuer, in a full rescue harness, accompanies the casualty, in a under-arm hoisting harness, hanging underneath the helicopter, to shore. The helicopter then returns to the scene to pick up the next casualty by the same method.

Once all three casualties, local fishermen, Paul Kruger, Simion Temmers and Clifford Ruiters, all in their early 40’s, were safely ashore they were treated for mild hypothermia and then they required no further assistance.

A Department of Environment – Oceans and Coasts vessel, that was in the vicinity at the time, searched for their boat but NSRI have not yet established if that search was successful.

At 20h00 Tuesday on 13th December, just as the Overberg Fire and Rescue helicopter was shutting down at their airport base from the fisherman rescue, a call came in notifying NSRI Agulhas of a yacht with motor failure and battling to tack, under sail, away from shore. She was on a collision course with Saxon Reef, a reef running out off-shore between De Mond and Maanus Krans, near Struisbaai. Two people on board, a man and a woman, who were not exactly certain of where they were in relation to the reef and battling against a 30 knot gusting North Westerly wind and choppy rough seas.

On arrival in the area, with total darkness imminent, following a brief search, the yacht was spotted and they were indeed being dragged towards Saxon Reef. At their rate of drift they would hit the reef within the hour.

Our sea rescue boat arrived and, guided by the helicopter, found the yacht SONYA JASOUL, from Rotterdam, with skipper Onvo Verver and his companion Renee.

A tow-line was rigged and the yacht has been safely towed to the safety of the sheltered Struis Baai where the two are affecting repairs to the yacht. 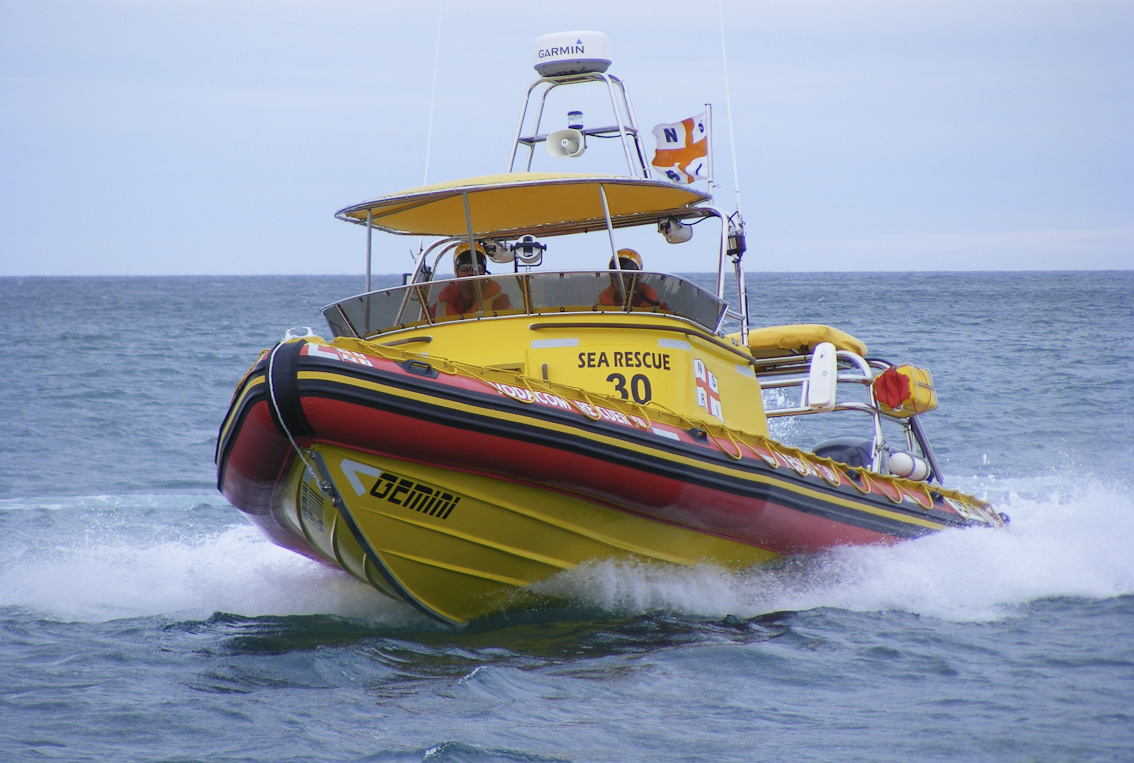