The annual Link Festival took place the weekend of 25th to 27th November 2011 at Gordon’s Bay Yacht Club and was a huge success. The Link Festival started with Miss Links of the Friday night with eight stunning girls taking part. The judges had a difficult task at hand making the decision as the girls modeled in their casual wear, bikini and evening gowns. The girls had the privilege of showing off their evenings gowns with Masks sponsored for the evening by La Carla Atelier. Miss Links – Ane Reynolds, 1st princess – Simone Meyer, 2nd princess – Rachall Reeding. Photos taken by Brett Fitzgerald 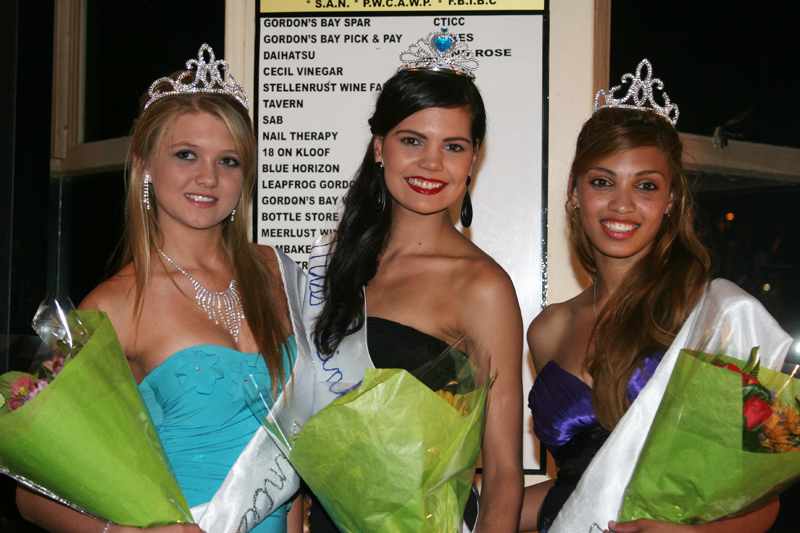 Saturday the weather was not as hoped for and the Dinghy race was postponed to a future date. However that did not stop the Whaler race from taking part. The SA Navy, NSRI Station 9 and Gordon’s Bay Yacht Club got their team together and the competition was on.  With the Navy showing the rest of the guys how it is done, there was no stopping them from taking the cup! NSRI were determined to beat GBYC and got their muscles working hard to ensure that it happened. GBYC thought it was hard work and made a few “pit” stops along the way to catch their breath. All in all the teams arrived back on dry land safely! Congrats to the Navy for winning the Whaler race. Photos taken by Yolande Engelbrecht 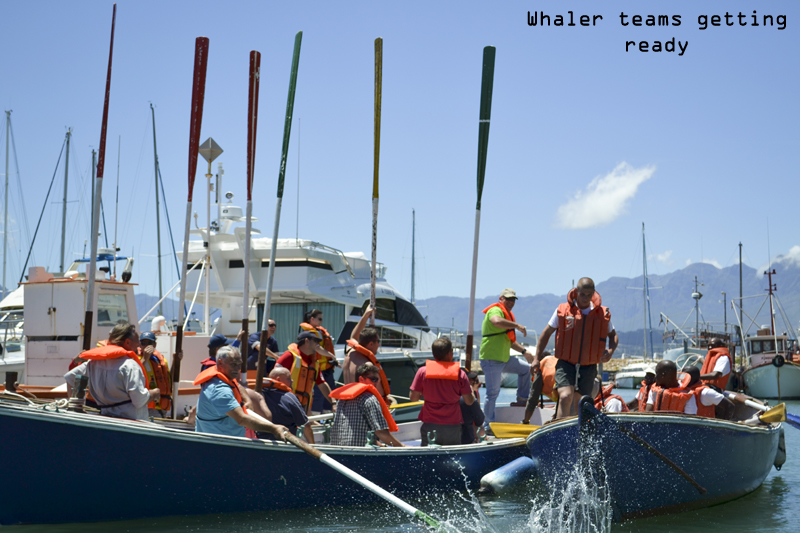 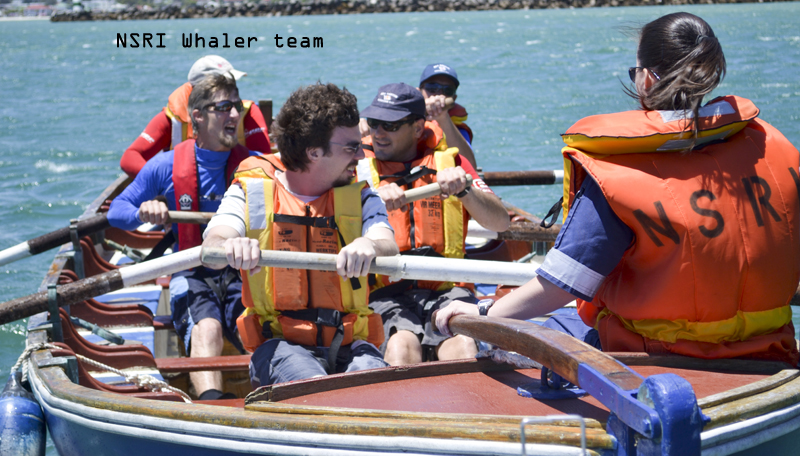 “Anything that floats” which is a fun event and open to the public was next. There were five rafts that took part in this event. Leepfrog built their raft in an hour and ½ and was manned by Kevin Wearing and his team mate. The SA Navy had their raft with a strong swimmer in the front to assist them. NSRI Station 9 raft was built around a bath tub with a pregnant lady dressed in her gown (clearly she was there to ensure the guys worked hard to win). GBYC’s raft was manned by a one of their youngsters and one could see they had a plan up their sleeve (pity the wind did not play with). The “no name” team was supported by one of the GBBF members who was full of sports and instead of using a life jacket used a life ring to support him. 1st – NSRI, 2nd – NAVY, 3rd – Leapfrog, 4th – “No name team”, 5th – GBYC. Photos taken by Yolande Engelbrecht 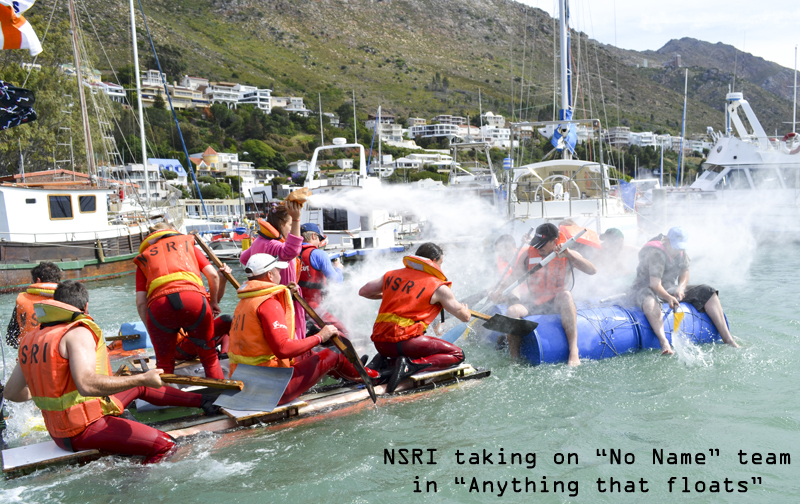 On Sunday the sailing around the cans and the rubber duck race was postponed due to the weather. The prizing giving took place later that afternoon. The booby prizes for the weekend went to the following:

NSRI would like thank all the sponsors that assisted us with prizes for this event as well as the community that supported all the teams taking part in the various events. The Link Festival is an annual eventhosted by GBYC and promises to be bigger and better in 2012! Congratulations to all the winners and we hope to see you back next year in full force!!