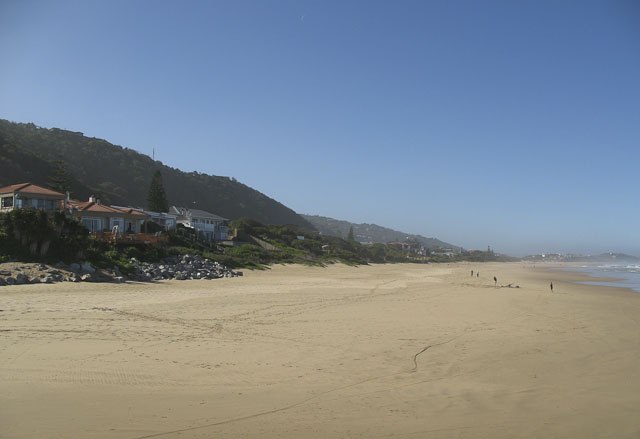 WILDERNESS  Tuesday 15th November 2011. German couple rescued after being swept out to sea:

At 17h52 on Tuesday 15th November NSRI Wilderness duty crew were activated following reports of two people being swept out to sea at Wilderness 500 meters from the Wilderness sea rescue station.

On arrival it was found that a German couple, Thomas Boettenger, 43, and Christina Koster, 33, both from Cologne, Germany, were swept out to sea in a strong rip current, in 1.5 meter swells and were approximately 200 meters out.

A local surfer, Vincent Withers, who witnessed the couple being swept out to sea raised the alarm and then paddled out on his surfboard to help the couple. Vincent rescued Christina, brought her safely ashore and then went back out  help Thomas, and was bringing him towards shore when the sea rescue craft arrived.

When Vincent reached the two Thomas told Vincent that because he is a stronger swimmer Vincent should rescue his girlfriend Christina first.

The couple were medically assessed by paramedics and found to be not injured and in no need of any medical assistance and both were released requiring no further assistance.

The couple are on holiday in South Africa.