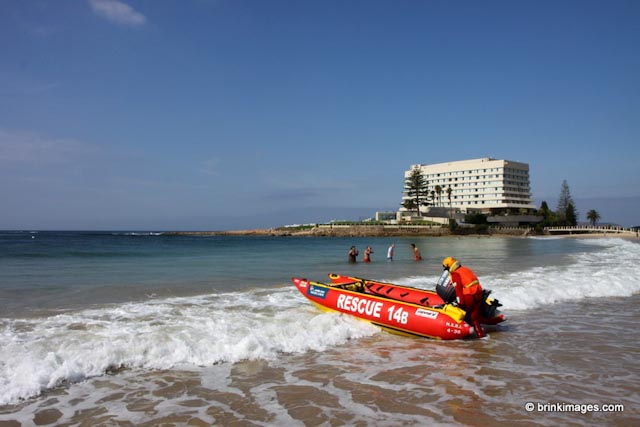 At 13h52 NSRI Plettenberg Bay volunteer duty crew were called out for a drowning in progress at The Island at Robberg Nature Reserve.

A third sea rescue craft, was launched with a Metro EMS paramedic onboard.

On arrival a 70 year old woman was found to be safely out of the water but showed signs of near drowning symptoms. Our medics attended to her before she was transferred onto the sea rescue boat, which we had beached at Robberg Nature Reserve. She was taken to our sea rescue base before she was transferred into a Metro EMS ambulance and transported to a local hospital in a stable condition for observation.

Hildegard Weisseneder, from Austria, had been hiking with her husband and daughter at Robberg when, they had crossed a channel at a steep embankment and the she got into difficulty. A bystander who had also been hiking on the trail rescued her from the water but had left the scene before rescuers recorded her details.