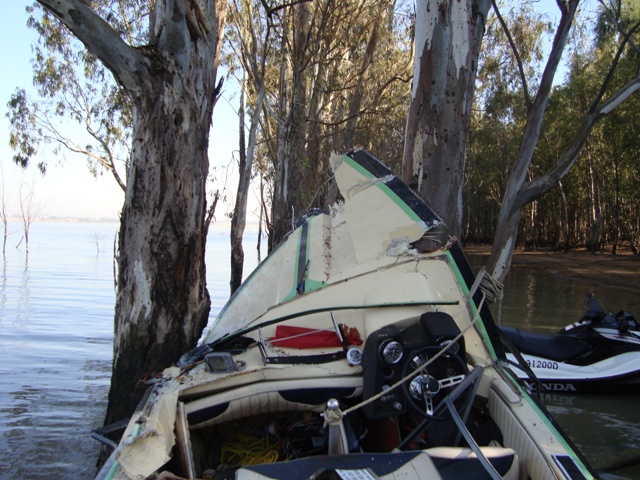 Follow-up statement made by NSRI Communications on Sunday, 09th October):

Jake Manten, NSRI Vaal Dam duty coxswain, said that one female has suffered 4 fractured vertebrae in her lower back and has been transferred to another hospital for further treatment. One female suffered a punctured lung and 4 fractured ribs and remains in ICU. The third female was transported to hospital suffering a laceration to her head and she has received sutures.

Investigations into the cause of the accident, witnessed by the crew of a yacht, have been handed over to the SA Police Services and SAMSA (the South African Maritime Safety Authority).

On Saturday 8th October at 02h12 our NSRI Vaal Dam volunteer duty crew were activated following eyewitness reports from the crew of a local yacht, on Vaal Dam 7 miles from our NSRI rescue base, of a ski-boat run aground, allegedly at high speed, onto Groot Eiland and 4 people
onboard suffering injuries.

“An ER-24 ambulance team were called to our NSRI rescue base and our NSRI volunteer duty crew launched our private rescue craft SKINRAY accompanied by ER-24 paramedics.

“In two separate sorties first the two seriously injured females were immobilized and secured to
back-boards, with full ‘C-Spine Immobilization’ and brought to our NSRI rescue base onboard SKINRAY and both have been transported to hospital by ambulance in serious but stable conditions, then the remaining female and the male skipper were transported on our rescue craft to our NSRI rescue base.

“The yacht crew that witnessed the accident happened to be on the water in their yacht in the
vicinity at the time.

“It appears that the boat may have run onto the island at high speed. It is not known what caused the ski-boat to run ashore onto the island. Our NSRI rescue crew will return to the scene at first light to look at if the boat can be salvaged off the island.” 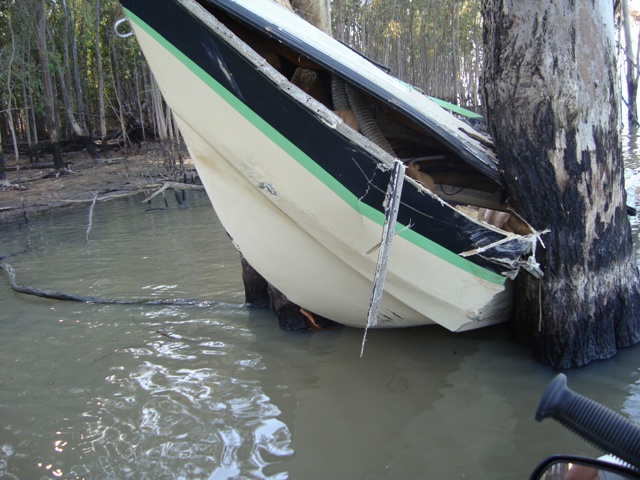