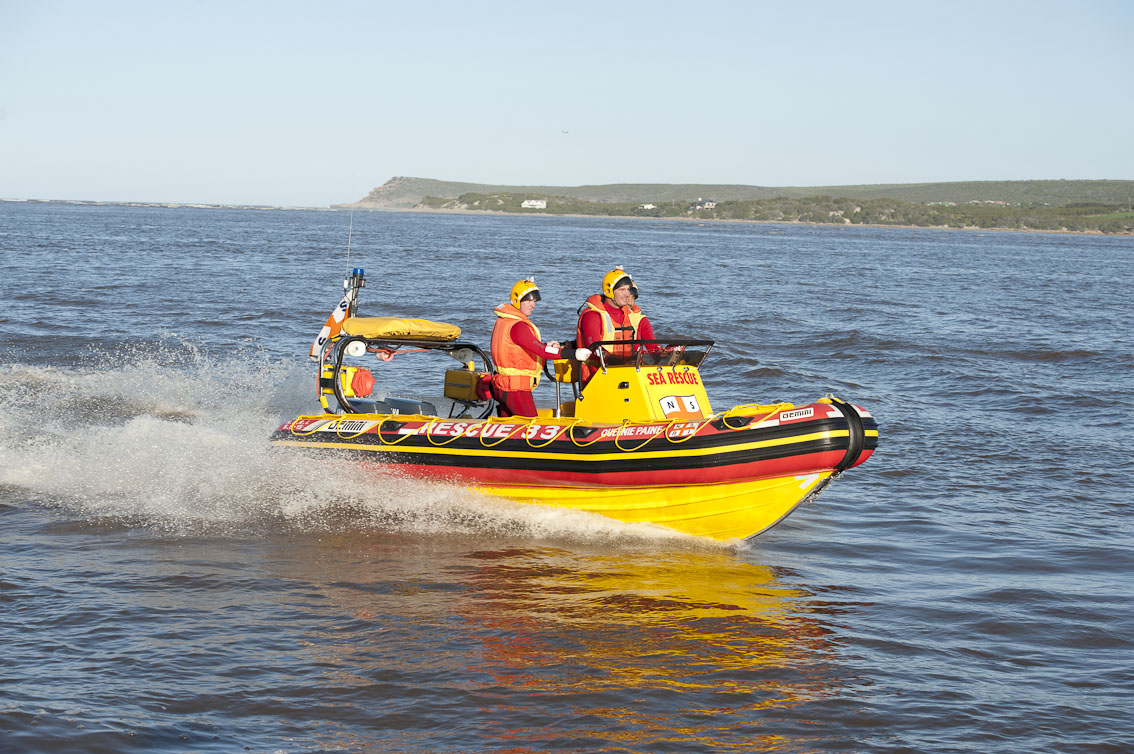 At 07h06 our Witsand volunteer crew were activated following a request for assistance from the wife of an angler who reported her husband to be overdue from night fishing.

A 49 year old Cape Town man had gone night fishing from his holiday home in Witsand, but had not returned home as scheduled.

Our NSRI volunteer duty crew launched our sea rescue boat and an NSRI search party was dispatched to search along the shore. During the search the rescue team were alerted by fishermen who came across the body of a man in shallow surf on the shore at the river mouth, on the Cape Infanta side of the Breede.

The SA Police Services, responded to assist and the body of a man was found and recovered from shallow water and handed into the care of the Forensic Pathology Services.

Trauma Counselors and Police were sent to the holiday home to be with the man’s wife while family members from Cape Town drove to Witsand.

No details of the family or the name of the deceased will be released pending formal identification.

Police have opened an inquest docket and an autopsy will be performed to determine the exact cause of death.

The NSRI and Emergency Services have expressed sincere condolences to family and friends of 50 year old Robert James Brookes of Kenilworth who has been positively identified.
He is survived by his wife Cheryl and sons Kyle and Trenton.
A memorial service for Robert will be held at the Kingdom Hall of Jehovah’s Witnesses, Corner of Lawrence Roads and Newton Roads in Athlone, at 11h00 on Saturday 10th of September, 2011.
It appears that the death of Robert Brookes was as a result of a drowning accident.