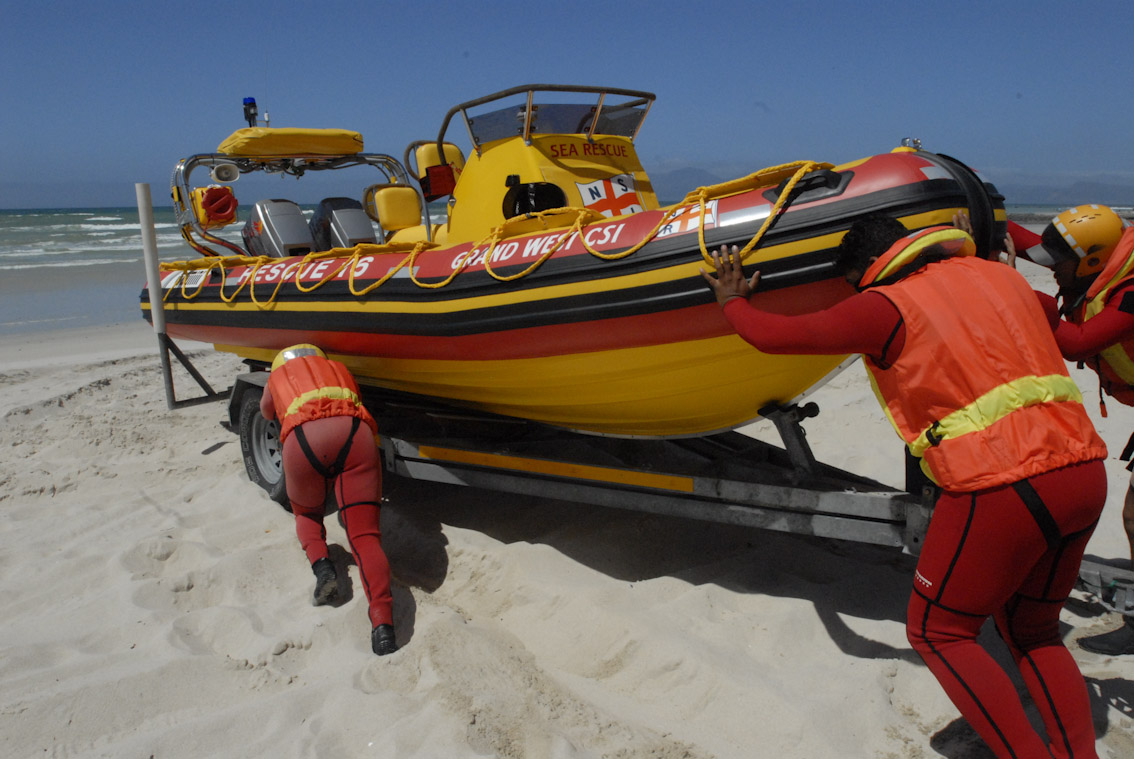 NSRI is urging bathers, surfers and paddlers along the False Bay coastline, predominantly between Macassar and Fish Hoek, to be aware of increased White Shark activity.

Shark researchers are again noticing the annual trend, where White Shark activity shifts away from Seal Island and moves inshore along the coastline.

This is an advisory for bathers, surfers and paddlers in False Bay to be cautious and to be aware of this phenomenon.

Shark research shows a trend in White Sharks moving from around Seal Island after seasonal hunting Cape Fur Seal during August, to close in-shore along the False Bay Coast in search of fish, sharks and rays which occur in this habitat.

Bathers along the popular bathing and surfing beaches between Muizenberg and Fish Hoek should adhere to the shark spotters sirens and leave the water when the sirens are activated.

See below for the CITY OF CAPE TOWN MEDIA RELEASE

INSHORE MOVEMENT OF SHARKS: SAFTEY FOR THE SUMMER SEASON

The City of Cape Town would once again like to remind all beach and ocean users that we are approaching the time of year when we expect to see a seasonal increase in the presence of white sharks in the in-shore area.

This seasonal change is not unique to False Bay or recent in its occurrence. Similar behaviour is recorded in Gansbaai, Mossel Bay and even California.

White shark research trips over the weekend recorded a significant drop in shark activity at Seal Island, indicative of the seasonal move of sharks away from the island to the in-shore areas. The City is therefore appealing to all beach and ocean users to be aware of these recent sightings and the expected increase in shark presence in the in-shore area over the summer months. 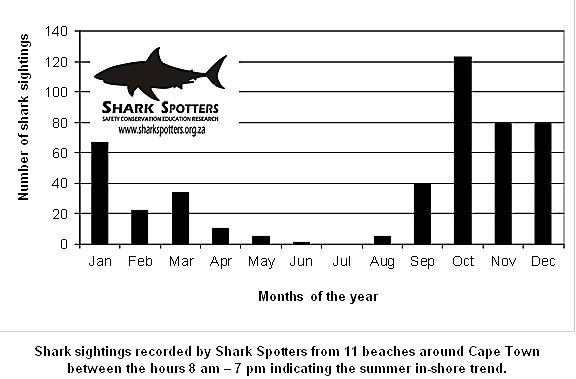 Analysis of the shark spotter’s data from the two beaches with the highest number of shark sightings, namely Muizenberg and Fish Hoek, reveals that most (over 65% of sightings) sharks are observed swimming behind the breakers traveling in a directional pattern from one side of the beach to another, parallel to the shore.

Alison Kock of Save our Seas Foundation says: “This suggests that in most cases sharks are simply swimming past these beaches on their way to another location and we recommend that water users in areas of high shark activity limit the amount of time they spend behind the breakers far away from shore.”

Kayakers and surfskiiers are specifically asked to be cautious of the area between Sunnycove and Glencairn Beach and swimmers are urged not to use the water off Jaegers Walk in Fish Hoek as this is considered a high risk area.  The City has erected warning signs along Jaegers Walk and people are asked to adhere to these high risk signs.

Surfers are asked to be especially vigilant in the areas between Sunrise Beach and Strandfontein and again in the Macassar Beach area during the summer months.

People are reminded that white sharks are present in our waters all year round and that they should be aware of the small possibility of encountering one of these animals at any time, and should always remain vigilant when using the ocean.

Shark Spotting Programmes are operational at the following areas:

People are reminded that no safety measure is 100% effective and that although the Shark Spotting Programme has been successful, it in itself is not 100% effective and remains vulnerable to human error, weather conditions and water quality issues.  The following tips can help reduce the risk of attack even further:

·                     First time visitors to beach areas should ask the local law enforcement official, life guards or locals about the area

·                     For those people kayaking or surfskiing far out to the sea, consider paddling in groups and staying close together (in a diamond shape)

For more information on the latest shark sightings and research visit:  www.sharkspotters.org.za and www.saveourseas.com

The public are encouraged to report any sightings of White Sharks to the Shark Spotting Programme through their website.