This is a selected group of learners from the Ithembilithle High School who take part in extra mural sport and education funded by the Umzingisi Foundation.  These children are a pleasure to teach as they are wanting to better themselves.

When I asked the question, “Who of you would like to become lifesavers?”, many of them raised their hands.  The majority of them can swim but their understanding of the sea was non-existent.  After teaching them all bystander CPR and methods of rescuing people in the dams and rivers, I got onto the subject of the sea.

They all love the sea and enjoy swimming in it, but none of them actually understand how it works.  I had to start right from the beginning of where waves came from.  I sat with them for a long time getting each of them to understand waves and currents and they all listened intently.  When we eventually got into the middle of rip currents, they were all getting very involved as we played out mock scenes of what happens to people that are caught in rip currents.  They were panicing and calling for help.  They were pulling out their cell phones and dialing the emergency number.  After all of the acting and horse play, the whole class were well informed and wanted to try out the CPR on little Annie.  I had to stand back and watch as they each performed the CPR scenario one by one.

It was great to teach such an enthusiastic bunch of learners. 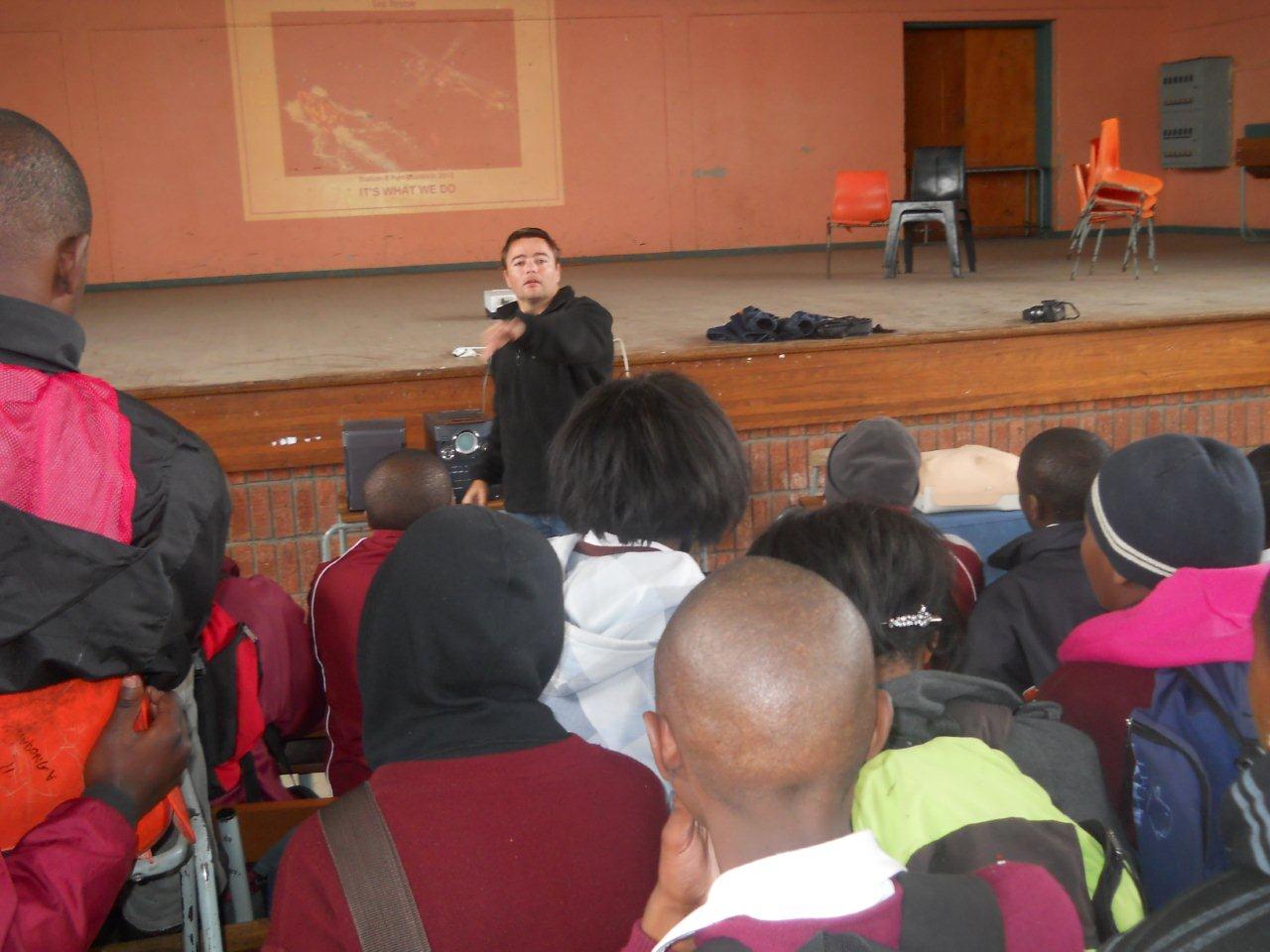