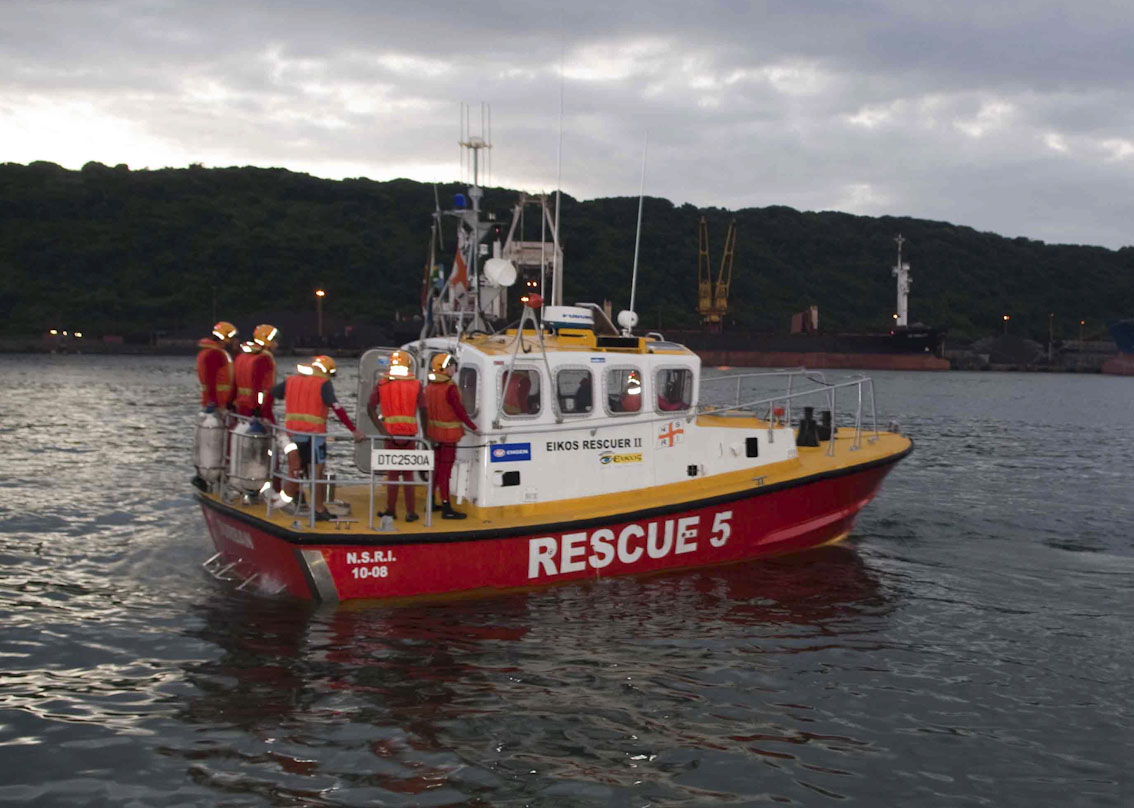 NSRI Durban volunteers are on stand-by for the MSC Regatta taking place off Durban between the 4th and 8th July.
On Thursday at 12h06 our NSRI Durban volunteer duty crew were called out to assist local yacht Magic Dragon which had rudder and steering failure off-Addington Hospital. They were a quarter of a nautical mile off-shore and drifting towards shark nets in a 2.5 to 3.5 meter swell and a 15 to 20 knot South Westerly wind.

While our sea rescue craft was en-route to this first call-out we received a second call-out to assist the yacht Sundance B, also taking part in the MSC Regatta, which had a broken propellor. She was 2.5 nautical miles off the Port of Durban.

Paul had Magic Dragon under tow with his boat Alice so our sea rescue craft diverted to assist Sundance B. We took her under tow and brought her into Port where, once behind the safety of the breakwater, we released the tow-line and her crew used a jib to sail her to her berthing.

As they were about to head out towards where Paul had Magic Dragon under tow we received a third call-out to go to the assistance of the yacht Teesera Blue, also taking part in the MSC Regatta, which had lost motor power and required a tow.
She was lying about 1.5 nautical miles off the Moses Madiba Stadium and our sea rescue boat rigged  a tow line and brought her to her mooring.