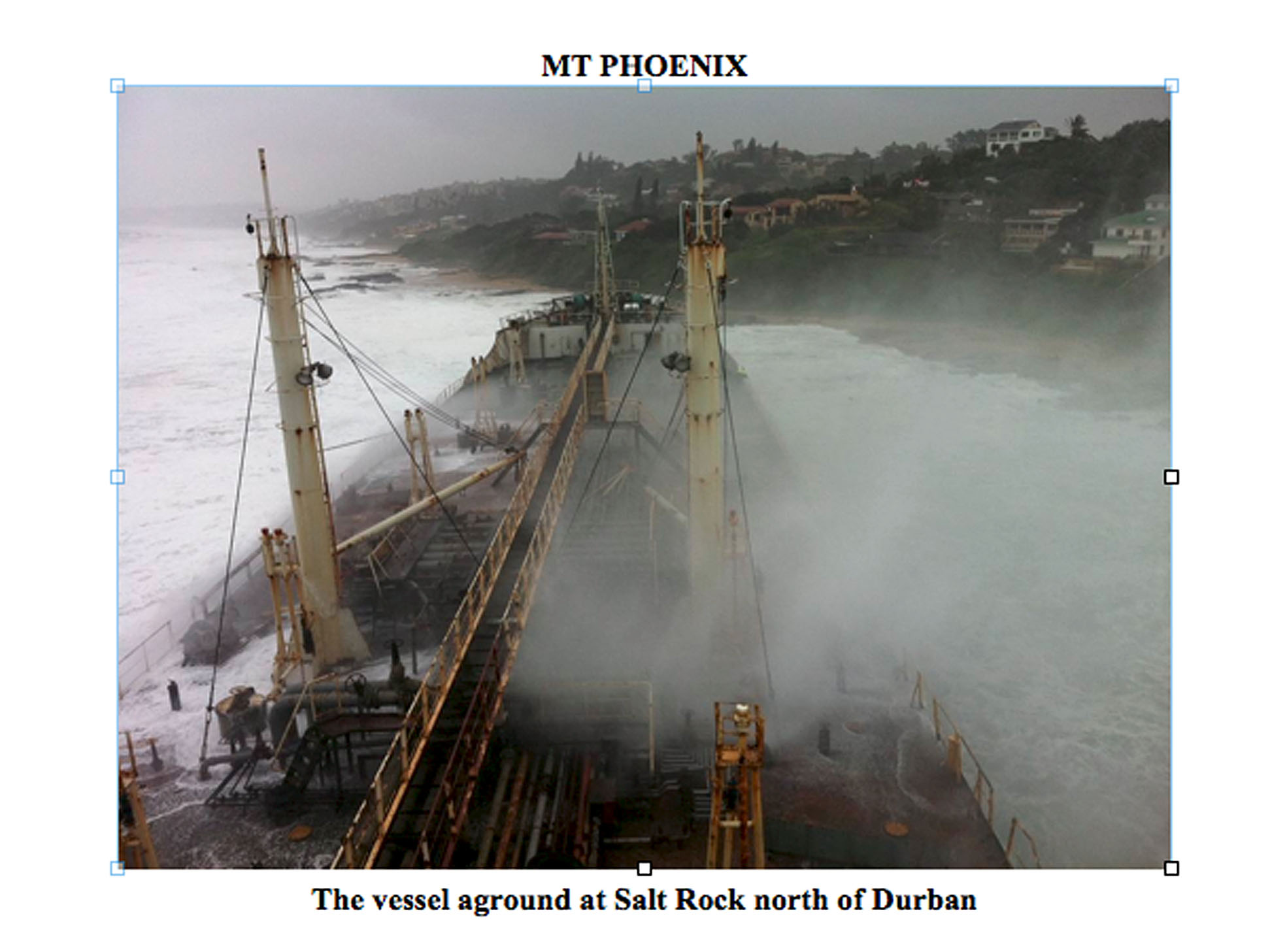 The owners made many promises to secure a tug to take over the tow from the Smit Amandla and continue the voyage to the scrapyard.

When the owners stopped responding to our directives, SAMSA found it necessary to approach the Kwazulu-Natal High Court for the detention, seizure and sale of the vessel. This was necessary in order that the vessel could leave the South African EEZ and that the considerable expenditure incurred in preserving the vessel, safe guarding the lives of the crew and removing the pollution threat could be recouped.

While awaiting this process the weather conditions deteriorated considerably and on the evening of 25th July the vessel started dragging her anchor and despite the most valiant attempts by the crew of the Smit Amandla to reconnect the tow, the vessel grounded at Salt Rock north of Durban this morning.

A second tug the Smit Siyanda was also despatched to the scene.

The 15 Indian crew members were airlifted, by a South African Air Force helicopter, off the vessel and have been landed ashore in Durban and at the same time a salvage crew from Smit Amandla Marine was landed on board the vessel to assess whether the vessel can be re-floated or the oil should be pumped ashore. Shore based resources; a large helicopter and anti-pollution equipment are currently being deployed to the scene.

At this stage the hull is secure and there appears to be no oil leaking into the water. The vessel has approximately 400 cubic metres of marine gas oil (diesel) on board and fortunately no heavy oil.

SAMSA is engaging with the local authorities and the Department of Environment Affairs when considering the available options.

The owners of the vessel are currently not responding to any communications from SAMSA.

The operation is being directed by the SAMSA Western Regional Manager Captain Saroor Ali.