For the past 10 years Tekkie Town and New Balance have helped raise money for Station 15, Mossel Bay by hosting an event on New Year’s Day in Mossel Bay on the beach.

1 January 2011 was the 10th Anniversary of their sponsorship to this event and in celebration they organized a 10km Surf Ski event in addition to the 5km fun run and 10km beach race. 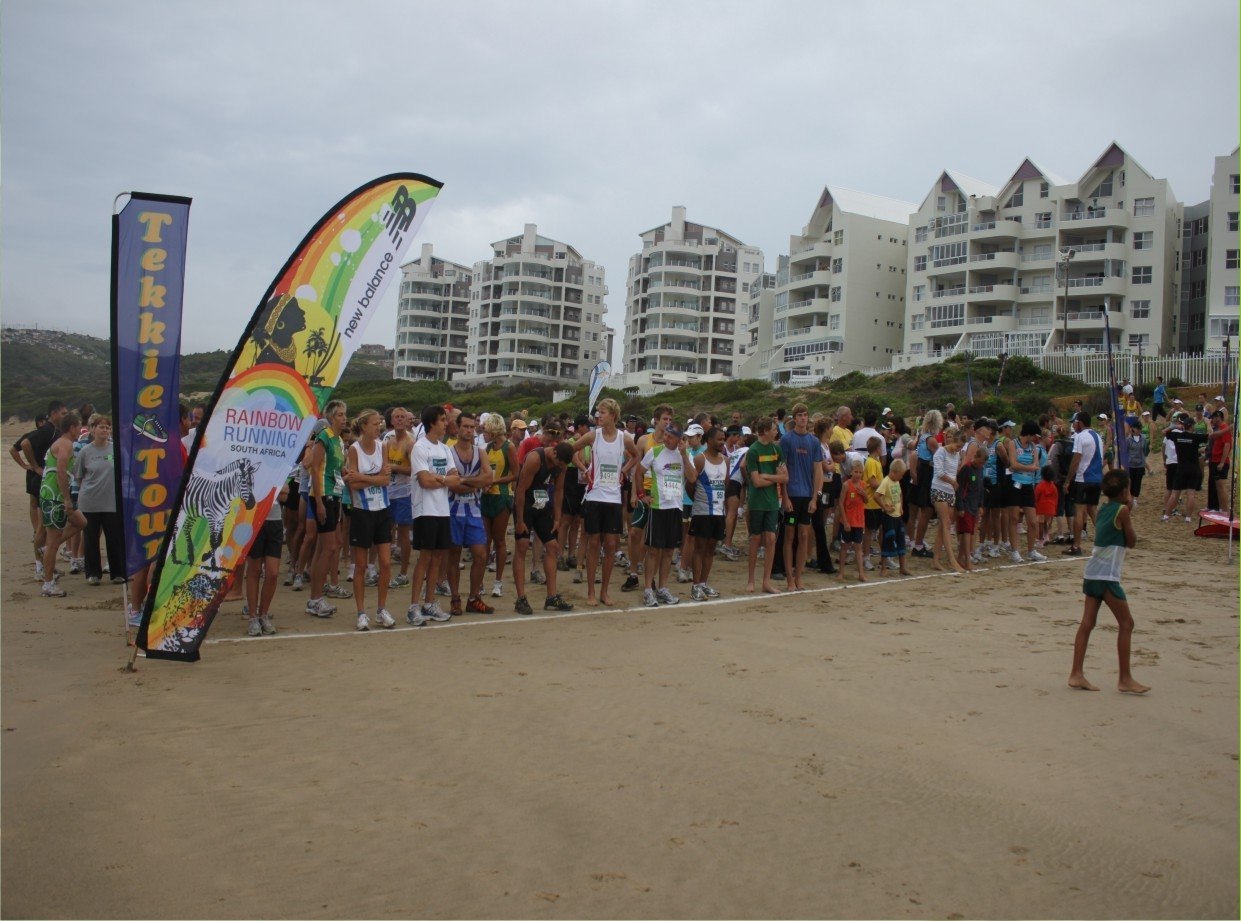 The day started out cool and slightly rainy but with a record turnout of 407 entrants.

While the surf skiers had a wild start against a pushing high tide, the NSRI volunteers had fun providing support in the water and showcasing their techniques.

Thanks to a couple of generous sponsors, the goodie bags were a huge hit and…. with the sun shining through the clouds on hungry finishers – the boerewors roll & refreshment supply had to be topped up!

All in all it was another great success with 10 pairs of legs sporting colourful bright New Balance tekkies for their efforts.

In a fun twist – finishing times are predicted by entrants upon registration with the winner being those that actually finish closest to the predicted times.  Amongst the 2011 winners was a visitor from Australia who was a mere 3 seconds off her predicted time!