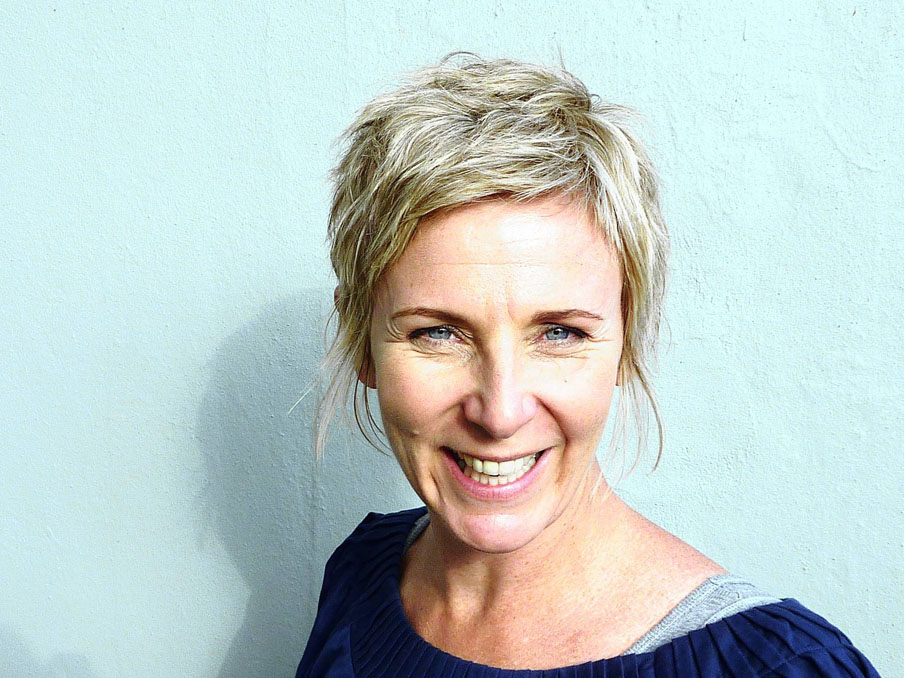 Helen Walne is an award-winning columnist and writer based in Cape Town. Her work has appeared in various magazines and newspapers, including the Sunday Times, the Mail & Guardian, the Sunday Tribune, the Cape Argus and Fair Lady, as well as in poetry anthology Fidelities and in The Bed Book of Short Stories.

First aid? Most of us are not even at first base
When someone’s hurt, I often slap them.  It’s a panicked reaction. The first time I did it, my brother had a bone protruding from his elbow. I was 12, he was 14 and my parents were at the tennis club.  He came in from a motorbike ride on the farm. His face was as pale as poached hake; he was green around the gills. “Came off,” he mumbled. “Check it out.” And there was the bone, nestled in a bloody pit of skin and gravel. I whimpered and then slapped him.

“Hey! Whaddaya do that for?” he cried.

“Dunno,” I muttered, rummaging through the medicine chest.  I found a bottle of TCP, three balls of cottonwool and a bandage. While he perched on the edge of the bath, I picked out the gravel, stung him with TCP and piled the gauze on to his elbow.

A few years later, my sister and I were riding my horse. His name was Playboy and he was fond of biting children and throwing me into fences. So it shouldn’t have surprised me when he bolted across the freeway and deposited us under a sign that read: “Heavy vehicles engage low gear.”
My sister was in high gear on the ground, thrashing in the grass and clutching her arm. “Ow ow ow ow! I think it’s broken.”

I picked her up, brushed off the weeds – and then slapped her.

“It’s just a bruise,” I barked. “Now get back on.”   She cried, told me I was a big fatty and insisted on walking the 5km home. When she returned from hospital later, her arm was in a cast. My mother made her beef olives for dinner, followed by Milo-dusted ice cream. I was banished to my room.

A few years ago, I was in Woolworths with my nine-month-old niece. As I swanned down the aisles, old ladies smiled at me. I knew what they were thinking: “Ah, look at that calm and beatific mother with her cute and evenly featured child.”

In my admired state, I popped a grape into my niece’s mouth and watched as she sucked it, rolled it round in her mouth – and then began to turn blue. She emitted small grunting noises. Her mouth opened and closed like one of those plastic singing trouts. I shrieked, instinctively lifted my hand, and then stopped. “She’s choking! She’s choking!” I screamed.

A mother in a corduroy jacket rushed across, held my niece in the air by her ankles and patted her firmly on the back. The grape shot out. I burst into tears.

All this came flooding back last week. I had gone to the shops for lettuce, but ended up nose-deep in the bargain rack of a clothes shop.  As I was paying for a pair of jeans, a thudding, thrashing sound came from the mezzanine floor above.

“Something’s wrong,” the sales assistant said in a shaky voice as she flew up the stairs. She screamed. There was more thrashing on wood. “Oh God, she’s not okay. She’s not okay,” she cried. “Call someone!”

There was a slow-motion wash of time. Panic rising. Heart pounding. Mouth drying. Head swirling. Then, a voice in my head: Do something. Take control.

I dialled 10111. The nice lady gave me the ambulance number. I dialled that.  The woman on the other end wanted details: the patient’s name, the patient’s age, the exact address.

I was put on hold. Above me, the thrashing stilled. The hold music played fake violins.
After five minutes, I hung up.  Upstairs, the woman lay dazed on the floor. Her shirt was wet. The shop assistant crouched next to her.  When I asked the woman if she was okay, she nodded.  When I asked if she’d had a fit before, she looked confused and asked for a glass of water.  This experience rattled me. I might be older and calmer now – and less prone to slapping people – but I know nothing about first aid.

I couldn’t save a life if I wanted to, and I suspect that applies to many of us. It should be mandatory for everyone to learn the basics: how to do the Heimlich manoeuvre, how to do CPR, how to bandage a wound, how to call for help that doesn’t involve hold music. We owe it to one another.

Because if I was ever lying broken somewhere, I wouldn’t want the likes of me hovering in the foreground with a raised and terrified hand.