At 10h02 NSRI Knysna volunteers were called out following reports of a fishing ski-boat capsized in the Knysna Heads, with 6 local fishermen onboard, while returning to Knysna from a fishing trip.

All 6 fishermen were taken aboard our NSRI sea rescue craft and Cardio Pulmonary Resuscitation (CPR) efforts were initiated on two of the fishermen. After all efforts to resuscitate these two fishermen were exhausted they were declared dead by doctors on the scene.

The remaining 4 fishermen have been transported to hospital by ambulances in stable but serious conditions.

SAMSA (The South African Maritime Safety Authority) have been alerted and have begun investigations into the cause of the accident.
It is unknown what caused the boat to capsize. At the request of SAMSA NSRI Knysna re-launched our sea rescue boat to salvage the capsized boat, a 26 foot Butt-Cat.
Our Knysna sea rescue volunteers towed the upturned vessel to shore where it has been handed over to SAMSA officials.

The boat was returning to Knysna, through The Heads, fully laden with fish when it capsized in The Heads.

Sea conditions are relatively calm but conditions in The Heads itself are rough. 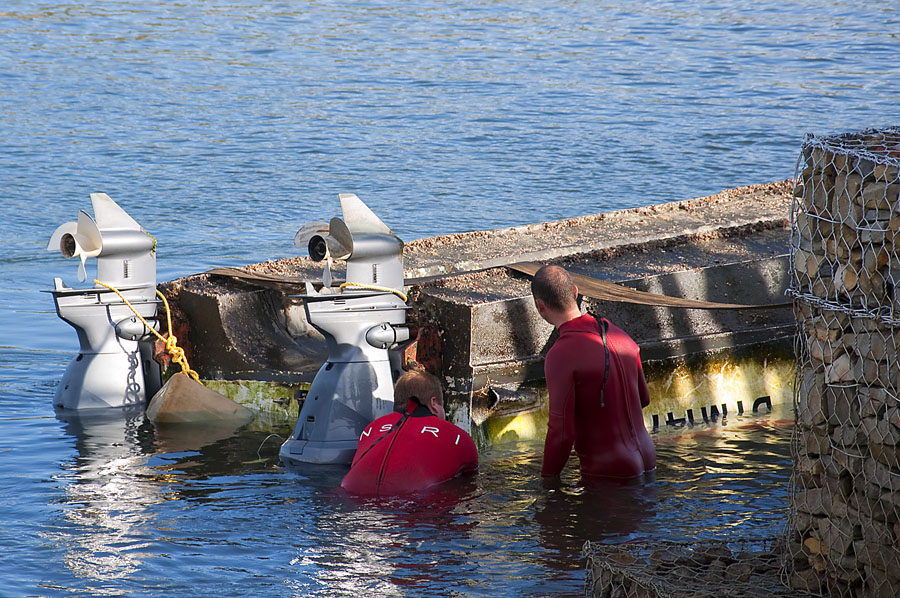