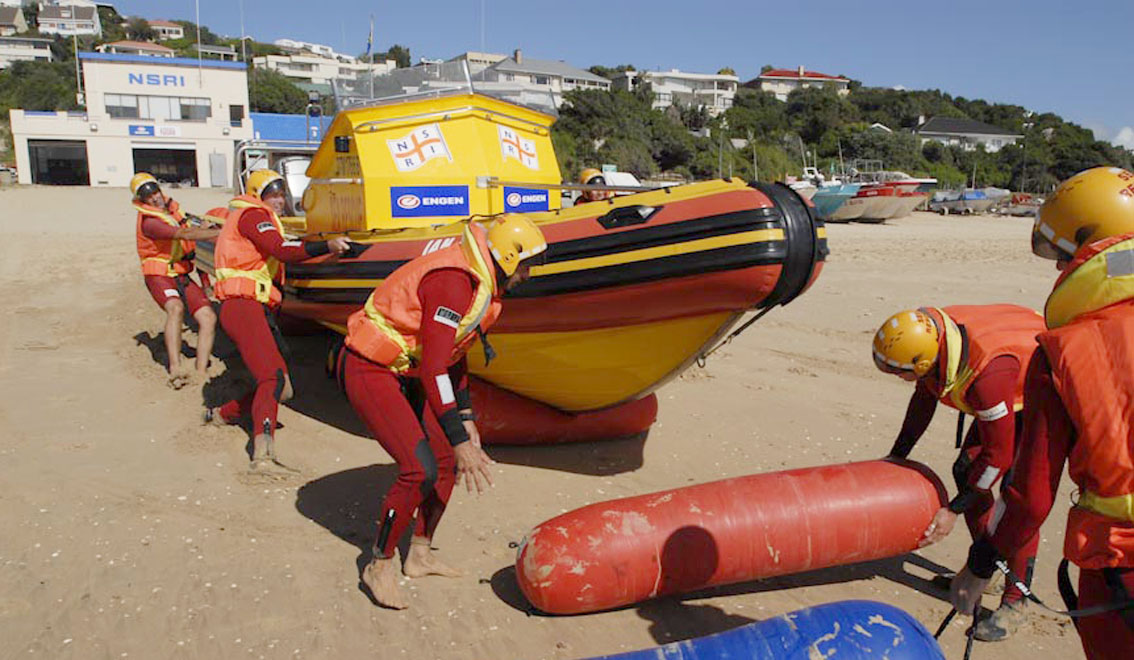 23rd March, 2011:
At 14h48 NSRI Plettenberg Bay volunteers were called out following an eye-witness report of a jet-skier in difficulty in the surf at Keurbooms Beach.

There was a 1.5 meter swell and a gentle breeze.

We launched our rescue boat Sally Joan and on arrival an injured man was found to be on the beach after he had ramped a wave, coming down hard on the other side. His torso and head collided with the mirror on the jet-ski causing head and facial lacerations.

The man, from India, had hired the jet-ski and the hiring companies owner, rescued him, bringing him through the surf onto the beach while eye-witnesses raised the alarm.

He was loaded onto our rescue boat and brought to our base where he was handed into the care of Baycare paramedics and transported to hospital by their ambulance.