NSRI Port Elizabeth launched their 7.2 metre RIB ‘Eikos rescuer IV’ at 07h10 on Sunday 27 February, to evacuate a crewman from the cargo ship Elpis.
The sea was calm but the rescue boat had thick fog to contend with until they got further out to sea, where they met the 225 metre vessel in the shipping lane.
The crewman had injured a foot with a high pressure hose, and when the wound became infected NSRI were asked to transfer him to land for hospitalisation.
Elpis slowed to about 5 knots and the crewman, wearing a life jacket and safety harness, was able to climb down a pilots ladder into the rescue boat. He was taken to hospital and the rescue boat was rehoused just before 9am. 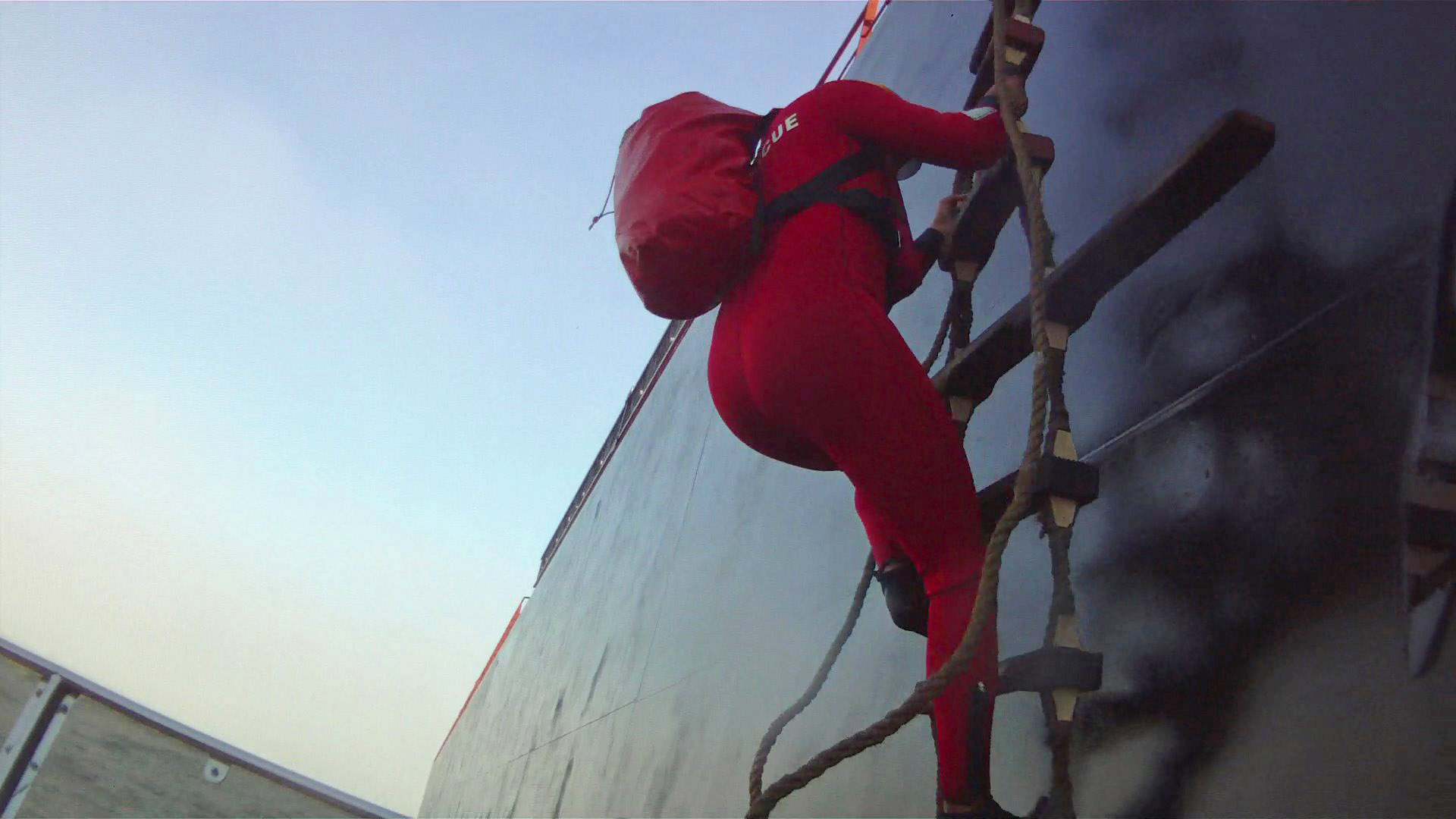 NSRI Table Bay were called out at 21h33 on Saturday 26 February to evacuate an elderly lady, who may have had a heart attack, from the cruise ship MSC Melody.

A METRO paramedic and two High Angle rescue technicians joined the volunteers on ‘Spirit of Vodacom’ which launched at 21h56.

While rounding Jetty1, the rescue boat was flagged down by people shouting and pointing to something in the water. On closer inspection, with search lights on, ‘Spirit of Vodacom’ found a swimmer trying to swim the channel between Jetty 1 and the Collier Jetty. He was rescued, put in a scoop stretcher and taken below where he was checked out by the paramedic.
As his condition was not life threatening the decision was made to continue to the Melody for the Medevac.
At 22h35 two medics with their equipment were transferred to the ship and 35 minutes later the patient was transferred to the rescue boat.

At 23h33 she was handed over to the waiting ambulance crew at the Table Bay base.