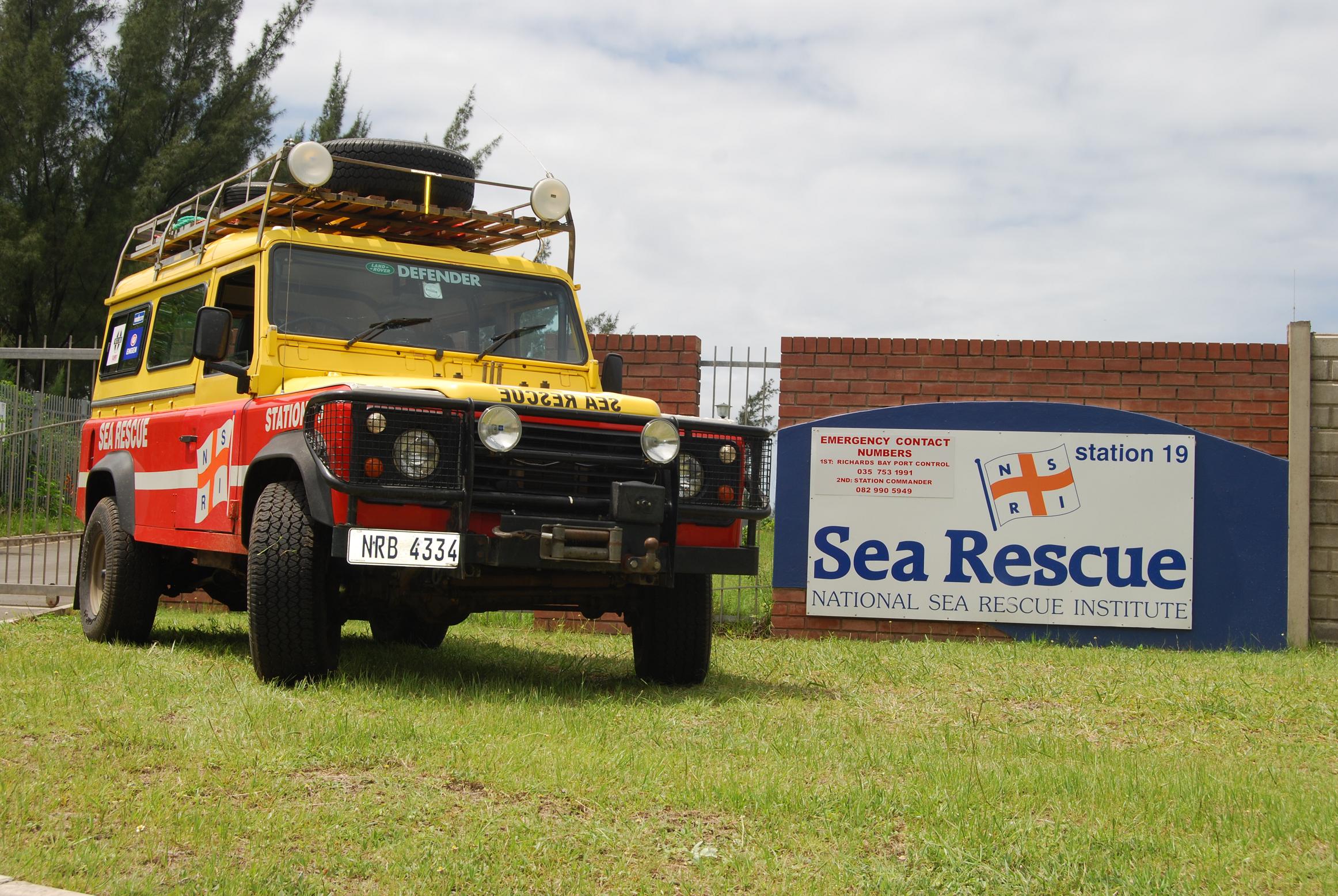 NSRI Richards Bay recently took possession of their brand new Mitsubishi Triton … and said their farewells to their Landrover which was relocated to Port St Johns.

Brynn Gericke, who crews on the station, took a trip down memory lane – and even found a poem on a Landrover!

“Our beloved Landy was manufactured locally in 1992 as a standby vehicle for the then Camel Trophy. It was donated to the station after that, replacing the Ford F250.

It served our station well during her 19 years of service responding to numerous callouts along our coastline and delivering our crew to training exercises in the area.

On the 9th of March she left Richards Bay for the last time making her way to her new custodian – Port St Johns where John Costello ( stn 28A station commander) will now be looking after her,” said Brynn.

It coughs in the morning, and wheezes at night,

It rattles and creaks, and’s a TERRIBLE sight!

The lights are pathetic, the wipers a joke,

And following traffic is lost in dense smoke!

It leaks oil from the engine, and more from the ‘box,

Some on the drive, and more on your socks!

But it makes little difference if you turn left or right!

It goes where it wants, whether you want to or not,

And heaven help you, if you want it to stop!

It makes lots of noise, just finding the gears,

Hard to believe, they last so many years.

It bounces around on leaf springs so stiff,

They only just move, if you drive off a cliff!

The seats aren’t much better, too much soft foam,

Gives a numb bumb, by the time you get home.

Which will take quite a while, ‘cos it’s far from being fast,

Sports-cars to mopeds, they all seem to go past!

So what do have? What is it we see?

Lurking within, and old Series Three?

For some unknown reason, beyond mere prose.

A Trusty old friend, whatever the weather,

Through thick and thin, they’ll give you their best,

And when it gets tough, they’ll just leave the rest.

They may be a pain, but they get better with time,

And, this one my friend, well this one is mine!