Story and Pictures : Brynn Gericke.
Brynn Gericke who crews at Richards Bay recently got a taste of what an average day was like in the shoes of NSRI Operations Manager Mark Hughes. Mark, ex-station commander of Richards Bay is now based at Head Office in Cape Town.

Mark decided that he would visit a few stations whilst delivering the new Triton 4×4 to Richards Bay – at the same time Mick Banks from Port Edward took delivery of their vehicle. They met  up with me in Port St Johns where I delivered our old Landrover to Station 28A.

We then made our way back to Shelly Beach for the night which coincided with their meeting night. Nothing like a little surprise visit. Mark has been documenting the status of all the bases that he has been visiting from the actual base conditions to the running of the stations.

It happened to be training evening at Shelly Beach where ‘Oomie’ had prepared a lecture on the rules of the road and vessel identification.

The next day Mark and myself made our way to East Coast Yachts in Durban where the “Spirit of Toft”, Port Elizabeth’s 10m Brede deep sea rescue craft was being refitted. Mark spent about an hour with Glyn Buckle discussing the progress of the refit which was followed by a walk-through of the vessel. 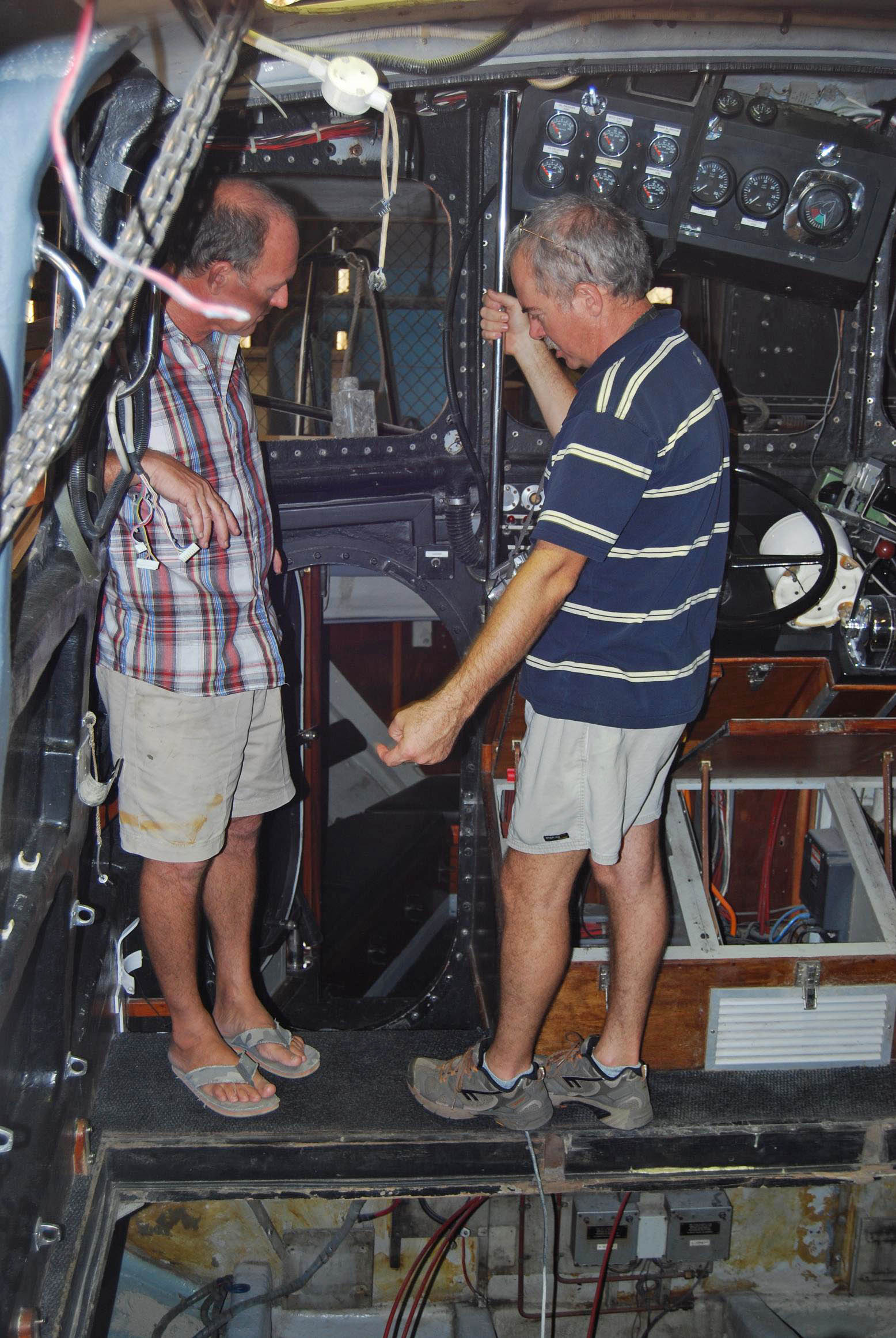 We ended our day off with a quick visit to the Rodman sales office and Station 5 in Durban to deliver some equipment before heading to Richards Bay where Mark was warmly greeted by his family – who he had not seen for some time.