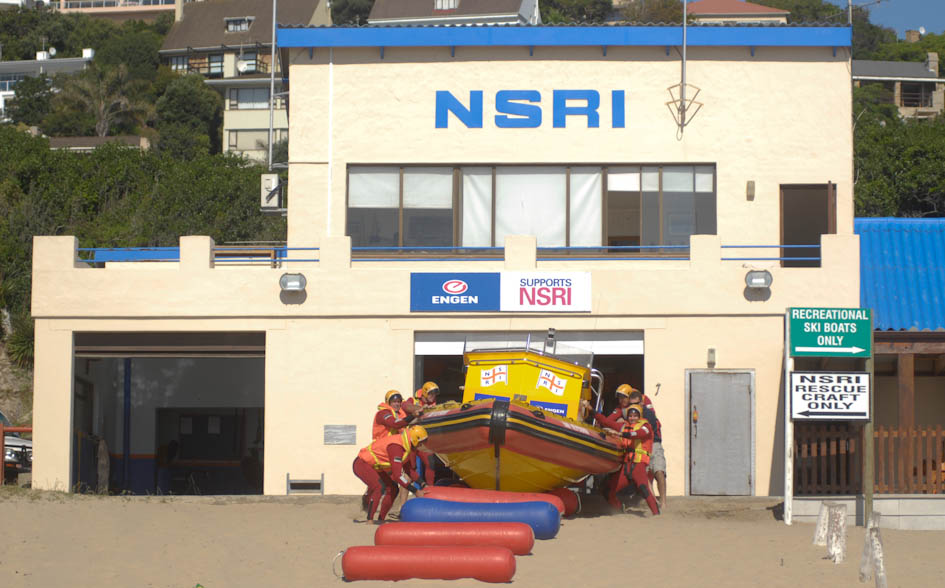 Italtile has confirmed that its CEO Gian-Paolo Ravazzotti died in a plane crash in the Southern Cape along with eight of his colleagues and business partners. They are : Gia Celori, Aletsia Krause and Marilize Compion of Italtile, Sava Di Bella of Prima Bella Bathroom Accessories, Simon Hirschberg of the company Grainwave, Jody Jansen van Rensburg of CTM Alberton, pilot Bronwyn Parsons and co-pilot Alison van Staden.

NSRI extends our heartfelt condolences to the families of those who died.

At 06h05 this morning wreckage confirmed to be that of the missing aircraft in the Robberg Nature Reserve area, Plettenberg Bay was located by rescue workers during the search.   The NSRI in Plettenberg Bay and NSRI Knysna deployed 3 sea rescue boats, joined by the Police Dive Unit, while rescue teams scoured the shoreline.   Aircraft could not be deployed in the search due to dense fog.

Debris from the aircraft spans an area of approximately 5 nautical miles out to sea and along the shore front however the most concentration of debris lies in approximately half a nautical mile off-shore of the Robberg Nature Reserve.

The names of 9 persons onboard the PC 12 aircraft will not be released until authorities have been in contact with the families.

Hopes of finding survivors have faded.

The CAA (Civil Aviation Authority) will begin investigations into the possible cause of the accident.

At approximately 18h00 today (08/02) the NSRI from Plettenberg Bay, Knysna and Wilderness were placed on alert to assist the ARCC (Air Rescue Coordination Centre) launching a search for an aircraft reported to have gone missing in the vicinity of the Southern Cape possibly along the coastline between the Wilderness and Plettenberg Bay.

No reports of sightings of an aircraft were obtained during preliminary enquiries extended to NSRI coast watchers throughout the area and the Emergency Services throughout the Southern Cape area were placed on alert and a JOCC (Joint Operations Control Centre) was established at the base of the Plettenberg Bay Fire and Rescue Service.

ARCC informed the JOCC that radar tracking may have put the aircraft  in the vicinity of Seal Island and the Robberg Nature Reserve when radar contact was lost and at 18h52 an extensive search and rescue operation involving NSRI sea rescue craft and land hiking patrols, Metro EMS rescue teams, Wilderness Search and Rescue (WSAR), Plettenberg Bay Protection Services (Fire and Rescue Service), Eden Disaster Management, volunteers from the Mountain Club of South Africa, and the SA Police Service combed the Robberg Nature Reserve and the surrounding coast and while it was strongly suspected that the missing aircraft may be in the vicinity no sign of a “downed” aircraft was found on the surrounding coast and dense vegetation hampered the search and rescue effort on land and at 01h55 the search was suspended until first light.

An SA Air Force 35 Squadron Dakota aircraft is due to join the search at first light (09/02) and NSRI Plettenberg Bay and NSRI Knysna will launch sea rescue boats to begin a grid pattern search of the coast while land based Emergency Services Search and Rescue teams will comb the coastline.

Maritime Radio Services are broadcasting an all ships alert requesting vessels at sea in the area to be alert and on the lookout.

The missing aircraft is believed to be a PC 12 single engine light aircraft suspected to be carrying 9 persons on a flight from Johannesburg and we believe the aircraft was due in at the Plettenberg Bay landing strip to pick up a 10th person.
At this stage the joint emergency services concentration is a search and rescue operation for a missing aircraft in the Southern Cape Region.