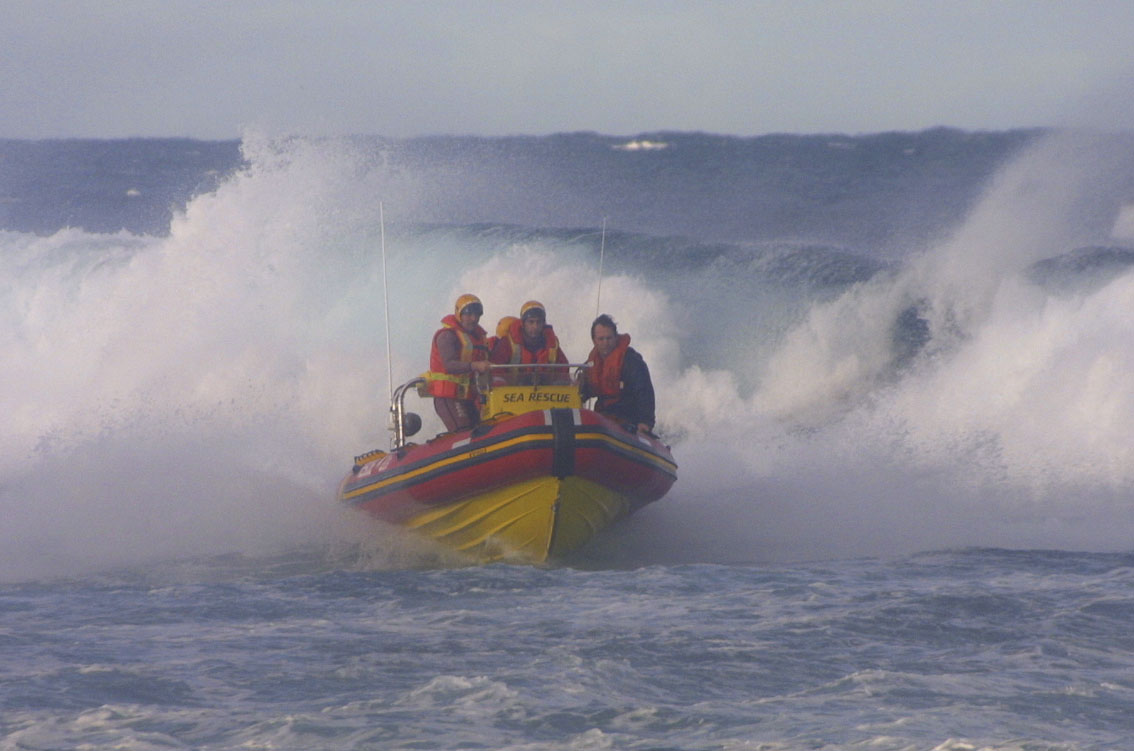 An extensive search has revealed no sign of a teenager, missing and presumed to have drowned, at St Michaels Beach, Shelly Beach.
NSRI Shelly Beach volunteers were activated at 05h20 following reports from Hibiscus Protection Services that a man was missing and a second teenager, had been rescued from the surf, by his brother, and was assisted on-scene by an off-duty Fire and Rescue Service officer and an off-duty nurse.
Information was sketchy due to the vast number of people that converged on the beach on new year’s day.
NSRI Shelly Beach launched our Discovery Rescue Runner and police and lifeguards joined in the search.
Police on-scene who have opened an inquest docket, and lifeguards, are attempting to gather more information.

NSRI Durban were activated at 10h00 today following a request for assistance from the SA Police Services whose Police Search and Rescue unit are searching the Ohlanga River, Umhlanga, after a vehicle was washed off a low water bridge at approximately 23h30 last night.
2 occupants of the vehicle were able to climb onto the roof of the vehicle, which had been washed off the low water bridge, and members of the public had formed a human chain to rescue them.
However a third occupant of the vehicle, a 24 year old woman, who had exited the vehicle shortly after it was washed off the bridge, was washed away and is missing.
Storms that hit the area last night caused flood conditions and the vehicle was attempting to cross the low water sand bridge which is on a small road on a tributary of the Ohlanga River, close to where the tributary enters the Ohlanga River.
A search was conducted by police last night and was resumed this morning by Police Search and Rescue.
NSRI Durban have dispatched a rescue vehicle and rescue swimmers to the scene to assist in the search and the Discovery Surf Rescue helicopter was dispatched to search the length of the river to as far as the Ohlanga River Mouth, North of Umhlanga but at this stage there is no sign of the woman.
All 3 occupants of the vehicle are believed to be from the same family and believed to be locals from the area.