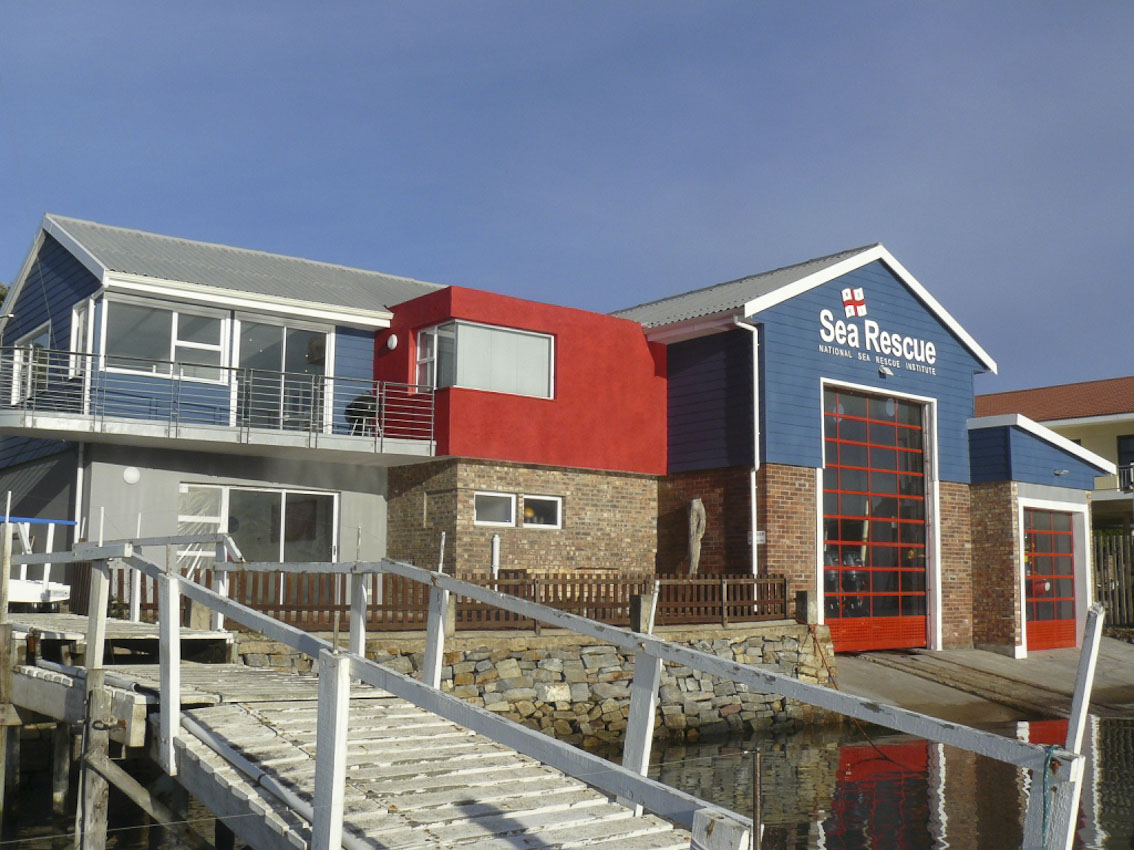 At 17h50, 01 January, NSRI Hermanus, the Discovery Surf Rescue helicopter, Metro EMS, Fire and Rescue Services and the SA Police Service responded to the Palmiet River, in the vicinity of the Kleinmond Bridge, where a man has gone missing in the water.

A Discovery Surf Rescue helicopter rescue swimmer, an NSRI Hermanus rescue swimmer and Metro EMS divers conducted an extensive search, between the bridge and the river mouth, where the man was reported to have gone missing, and an air search and a river bank search by rescue services initially revealed no sign of the missing man.
A Police Dive Unit were activated to continue the search and it was reported later that a body has been recovered.
It was not clear what the man was doing at the time (if he was swimming in the water) when he disappeared and Police are gathering more information including as to the identity of the man and an inquest docket has been opened by Police.

The NSRI can confirm that the body of a female, Freda Begg, 48, who was swept off rocks in front of the Hangklip Hotel on Monday, 20th of December, was located and recovered in the surf from rocks on the shore of Platboom, on the Western side of the Cape Point Nature Reserve on boxing day.
The body discovered by bystanders was reported to Table Mountain National Park rangers who activated the SA Police Services and Cape Medical Response (CMR) while NSRI Simonstown were informed.
Police recovered the body which was handed into the care of the Forensic Pathology Services.
The body was positively identified by the family.
NSRI and Emergency Services expressed sincerest condolences to the family.

Also on the 1st of January a report of a helicopter crashed into the sea at Roman Rock near Simonstown in the early evening was investigated by NSRI Simonstown volunteers but turned out to be a false alarm with good intentions. We suspect a thick fog that rolled in along most of the Cape Peninsula coastline in the early evening may have contributed to a false identity by the eye-witness and Cape Town International Air traffic Control confirmed they had no reports of any helicopter overdue or missing!

NSRI Kommetjie investigated a report of red distress flares sighted off-shore of Kommetjie on the evening of the 1st January but this turned out to be Chinese floating lanterns (similar to the floating lanterns in the movie The Beach). This is the 4th time since the beginning of December that NSRI Kommetjie have been called-out for the same reasons and it appears that members of the public on the beach are responsible.

On new year’s day NSRI Port Edward volunteers attended to a male stabbed on Main Beach and following treatment at the NSRI rescue base the man was transported to hospital by ambulance in a stable condition.
A 14 year old female was rescued by lifeguards from nearly drowning in the surf at Main Beach and following treatment at NSRI Port Edward rescue base the teenager was transported to hospital in a stable condition by ambulance.
A second stabbing incident took place on Main Beach but was dealt with by police.

On new year’s day, at 11h36, NSRI Agulhas station commander Shane Kempen, while taking a walk on the boardwalk, witnessed a rubber-duck, with 3 occupants onboard, capsize in the surf at Struisbaai Beach.
NSRI Agulhas volunteers responded to the scene in a sea rescue vehicle while Shane went to their aid and all 3 occupants, skipper Evert van der Bank and his two crew, came ashore safely onto the beach and their rubber-duck was recovered.
No one was injured.
They claimed they were looking for a fishing spot!

On the 2nd December, NSRI Port Alfred volunteers responded aboard a rescue craft and a rescue vehicle was dispatched to Cannon Rocks, 20 nautical miles West of Port Alfred, following reports of 3 men in difficulty on 3 sea fishing kayaks.
On arrival on-scene, Andrew Crichton, 37, from Cannon Rocks, Renier Marchand, 29, from Stellenbosch and Josh Swart, 33, from Stellenbosch, were found to have managed to get ashore without assistance.
It appears that a sea kayak had capsized and while the men were struggling to get ashore the NSRI were called but they were found to not be injured and required no further assistance.

At 06h00 on the 2nd January, NSRI Richards Bay volunteers launched a sea rescue craft to assist Police Search and Rescue in a search for 5 missing persons on the Amatikulu Lagoon, North of the Tugela River.
All 5 people are believed to have gone missing on the lagoon, after thousands of bathers descended on the beach front, on new year’s day.
Three bodies were recovered from the Lagoon by Police Divers who are continuing to search for the remaining two missing persons in the lagoon and along the shore front.
An inquest docket was opened by Police and the NSRI have not been involved in details pertaining to the 3 recovered bodies nor the remaining two missing persons.

On the late afternoon of the 1st January NSRI Durban and the Discovery Surf Rescue helicopter had responded to the initial calls that persons were missing on the Amatikulu Lagoon but a search that lasted into the night had revealed no sign of what was then believed to be 4 persons missing and Police Search and Rescue called in NSRI Richard’s Bay volunteers and a Police helicopter to join them in the ongoing search today (2nd January) and it was confirmed that a total of 5 persons were now missing in the same area.

At 11h13, on the 2nd January, NSRI Yzerfontein volunteers and Atlantic Medical Response paramedics were activated after a 12 year old male was reported to have been injured on a boat which reportedly landed hard after ascending a wave while leaving the harbour to go to sea.
The 12 year old was treated for a lower back injury and transported to hospital in a stable condition.