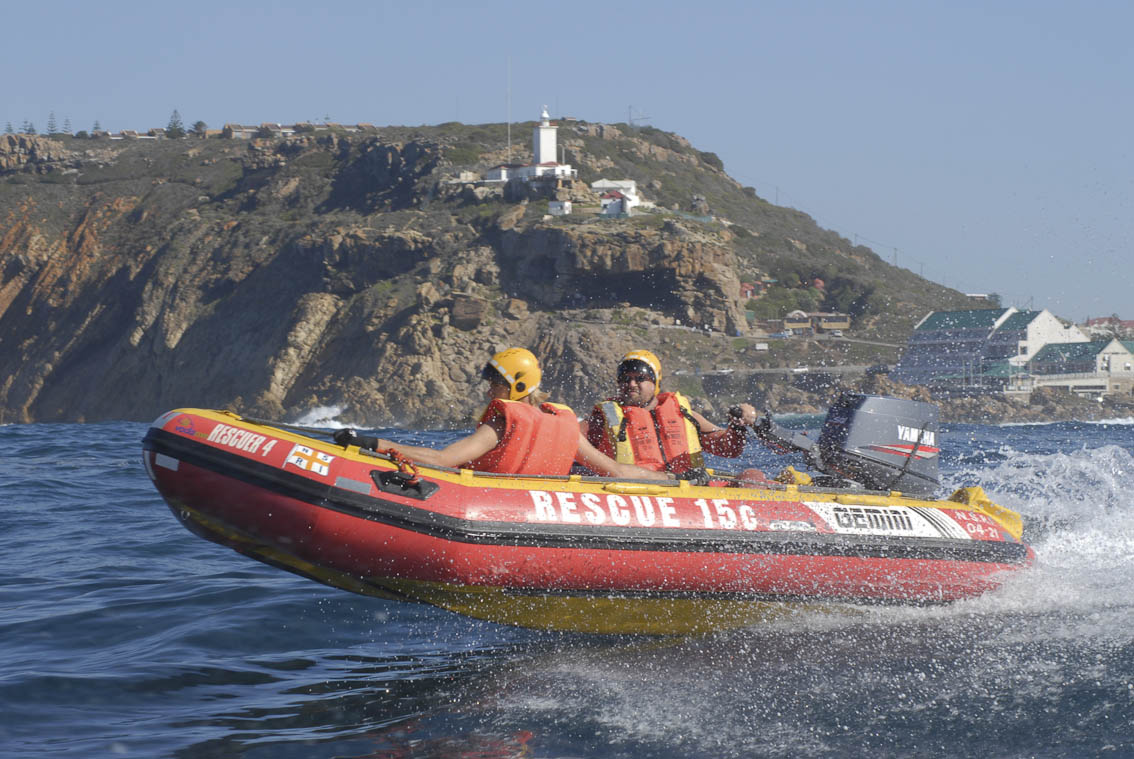 Spear fisherman, Quinton Raal, was rescued in Mossel Bay. this is the letter he wrote thanking the rescue crew:

I would like to thank station 15 for a second chance in life. I am a resident of Mosselbaai for the past 30 years and have seen what you guys do. WELL DONE.

You always thought that you are born to be part of the sea and that a simple thing as spear fishing can not be dangerous!! Well it is a mistake that I will never make again.

I am a commercial skipper for the past 20 years and a scuba diver I have surfed and swam in the sea and a situation can turn horribly wrong in a split second.

One major lesson I have learned out of this situation is that the sea can change in a matter of seconds. When we went diving on the 28.12.2010 at 12:30 the sea was calm and there was no rip current at all, the moment I tried to turn back towards the rocks where we went into the water 15:30 I realized that the situation changed drastically with out warning. I struggled for about 60 min to get out of the rip current that got hold of me about 100 m from the rocks.

I eventually got hold of my dive buddy and told him that I was tired and that I am struggling to get out of the rip. He told me to hold on his dive boy but after a few minutes I saw that he was also struggling so I let go of the dive boy.

Panic took over and believe me it took over badly!!! And all of a sudden all the training I received at 4 special forces 15 years ago took over and I knew what to do. I dropped my weight belt and swam towards my dive boy. I had cable ties on my wet suite zippers, so I clipped my dive bouy onto my wet suite to give me some extra buoyancy. I relaxed and allowed the rip current to take me out to sea. I thought fine as soon as the rip spits me out I would swim back towards the rocks behind “Big blue” So the rip did spit me out after it gave me the biggest scare I have ever had. The water depth was about 12m at that stage. I got hold of my spear gun and tried to anchor myself to the rocks by shooting the spear into red bait. That helped for a few minutes but due to the swell size it ripped out and I drifted slowly deeper in a Southern Direction.

I then tried to make contact with the “Ice cream eater” on shore. I waved my hands 9 to 3 over and over. I even used the bright orange boy to attract attention. The things that go through your mind. Did any body see that I am in trouble ????? That was the biggest fear and did my buddy make it will he be able to assist me??

Believe me it felt like a lifetime and all of a sudden I saw a gentleman in a white shirt standing on the rocks waving back to me. Then the devil got hold of my thoughts. May be that “dood” is only being polite by waving back to me because I waved at him. It sound stupid but that is what I was thinking.

As soon as I saw the red lights of the emergency services at the parking area at the point I knew that help was a few minutes away. What felt like 3 hours was a long 10 min from the call that was made by Danie who was apparently standing at the point and saw that I was in trouble until the rescue duck picked me up.

All the NSRI members were very friendly and were seriously concerned about my well being. Even after I was at home I received a few phone calls from the NSRI to confirm that I am OK.

Even the next morning the NSRI members contacted me to find out if I was OK. I would like to thank all of the members involved I will never forget this experience.
Regards,
Quinton Raal