A man who had been fishing off the West Pier was washed into the Kowie River by a wave, and soon it became a race against the clock for one NSRI rescue swimmer to save his life.

It started out as a regular Saturday afternoon of Test rugby at Guido’s in Port Alfred. Among the spectators was an NSRI rescue swimmer*, who would soon have his work cut out for him. He takes up the story.

“I was watching the rugby when I heard a commotion coming from the bottom half of the restaurant. I looked out and saw a guy floating in the water near the river mouth. I ran downstairs with the intention of getting my phone and my surfboard from my car, but then I realised I’d left my keys in my jacket which was upstairs. I wasn’t going to go back to fetch them. Instead, I ran along the pier and saw the restaurant manager, Irvin Arendse, who had already grabbed the Pink Rescue Buoy from its stand. I shouted to Irvin to throw the buoy in, which he did and it almost landed on top of the casualty who grabbed the buoy and was trying to swim with it.

“But he was swimming in the direction of the sea. It didn’t make sense, but I think he was disorientated. I was about 100m from the mouth, from the impact zone. I had grabbed one of the restaurant patron’s phones and had given it to Irvin, telling him to call the NSRI. Then I ran along the pier, discarding my clothes in bundles. I looked up constantly to see where the casualty was, the idea being to line myself up with him so that when I jumped in, I could intercept him. The swells were huge due to an incoming spring tide. This is when the water just gushes.

“I jumped in about 40m from where I’d left my last bit of clothing. I swam towards him, lifting my head constantly so I could see where he was. But then he was gone. I swam a few more strokes, still no sign of him. And then I saw the pink buoy, and sprinted towards it. The buoy was floating in the water, but there was no sign of the casualty. So I pulled at the buoy, and realised it was attached to the casualty. Somehow the rope had wrapped itself around his leg. I pulled and pulled, felt his foot, and then wedged my right leg between his legs to lift him up.

“I managed to get his head out of the water, and slapped him a few times, shouting, ‘Hello! Hello!’ I placed the torpedo buoy behind his neck in an effort to keep his head up. He was wearing a wetsuit, but it was back to front and inside out, and it had absorbed a lot of water, so he was very heavy.

“All this time, Irvin had been running along the pier. I was wondering what I should do. Swim the casualty to safety? Or wait? But something told me the rescue craft was on its way. And then there it was. It felt like two hours, but it was probably only about two minutes.

“Chris Pike was at the helm, and Keryn van der Walt and Aidan Wood were with him. They got the casualty onto the vessel, and I heaved myself on after him. Aidan gave him a few hard pats on the back. We heard him groan and then he splattered out more water than I thought was humanly possible!

“We headed to the jetty at the base, where the rest of the crew was waiting for us. Keryn administered oxygen, and then we hoisted him off the jetty in a Stokes basket, and waited for the ambulance.

“When I think about it, those rescue buoys are incredible. We joked that they have some sort of AI in them. But, really, they’re amazing. They’ve got handles, and gaps in all the right places, and offer amazing buoyancy while you tread water. If that buoy wasn’t there, the outcome would have been very different. The tide was moving very fast.”

Coxswain Aidan Wood agrees that if it wasn’t for the rescue buoy, the day would have ended in tragedy. The casualty was in a bad way when he was recovered onto the station’s 5.5m RIB, II Alpha. “Before we placed him into the recovery position we use for near-drowning victims, he was foaming at the mouth,” Aidan says. “If the timing had been any different, the outcome would have been too.”

With his work done, the NSRI rescue swimmer took several showers to warm up. Then he went back to watching the game. The Springboks might have taken a beating that day, but for the team behind the Pink Rescue Buoy initiative, it was another coup for drowning prevention. The life saved on that Saturday afternoon in August was the 122nd one reported.

*The NSRI rescue swimmer has asked not to be named 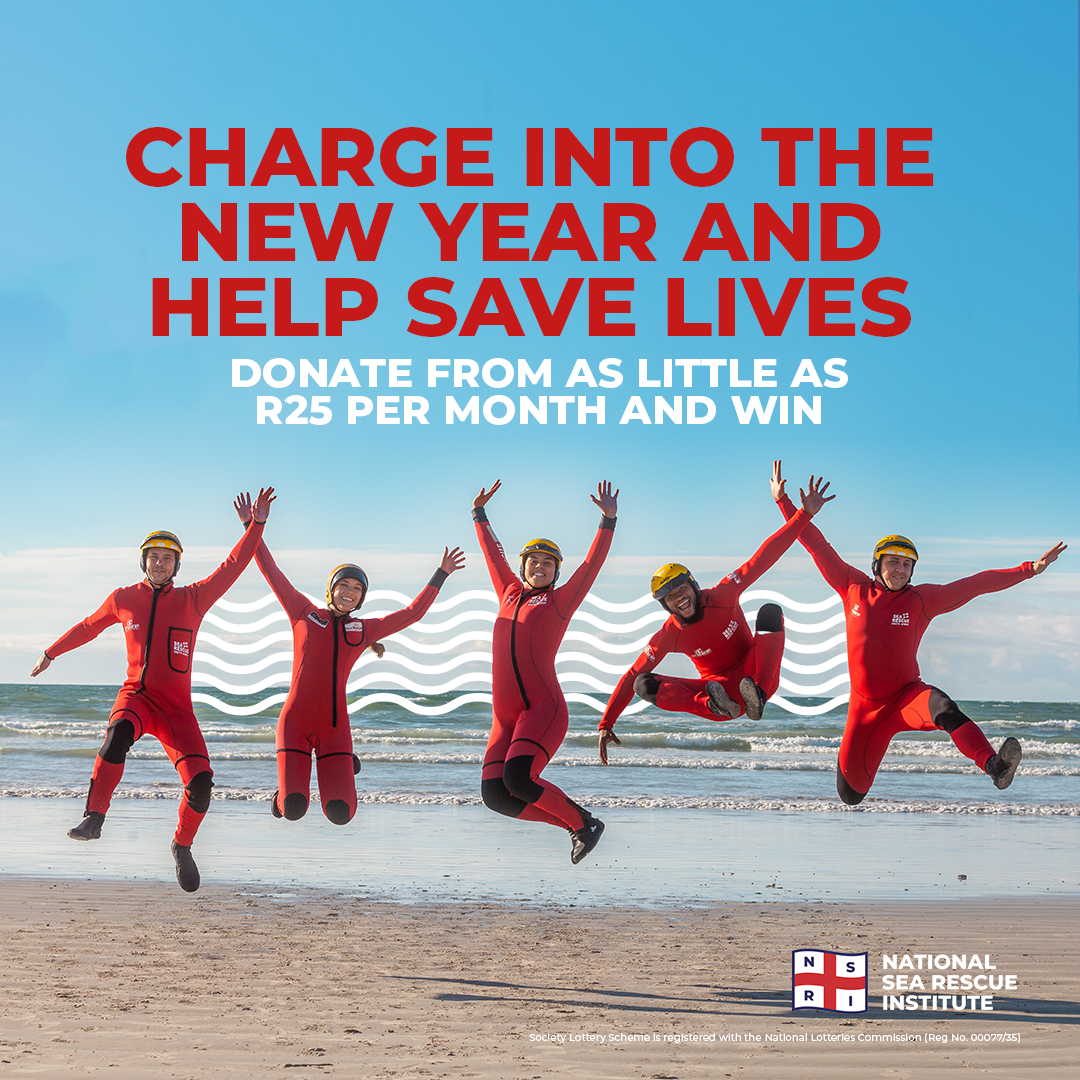