In the second of a series of stories on NSRI bases around the country, we chat to a few crew members at Station 3 (Table Bay) to find out more about the base and its family of volunteers.

It’s always an interesting exercise going back into NSRI’s history. The organisation has grown so visible in recent years, establishing a firm footprint in South Africa, not only in rescue services, but also through its drowning prevention and water safety initiatives, it’s hard to even imagine a fledgling service in 1967 with one boat and a handful of crew.

The first stations were established along the Atlantic Seaboard in Cape Town: Station 3 was initially located in Three Anchor Bay and Station 1 was first located at Unity with the Navy in the small craft basin and later moved to the Elliot Basin in the Port of Cape Town. The two stations merged and moved to Granger Bay, and then again to East Pier at the Waterfront, before settling at their current location, which is called the Bob Deacon Base.

It’s a busy and large base, currently home to 36 qualified crew and 16 trainees. Crews train on Saturdays and attend meetings at least once per month. They’re on call for a week at a time, every third week. Further sessions are held, catering to trainees, various classes of trainee coxswains, and ad-hoc training covering current issues or necessary refreshers, so all crew are engaged quite often, explains station commander Marc de Vos.

Marc, an oceanographer, joined Sea Rescue 12 years ago, and has been commanding the proverbial ship since August 2019. He describes his crew as ‘motivated, disciplined, helpful and patient’, and enjoys seeing strong bonds developing among them, not only at the station but extending beyond, as crew socialise with and support each other as friends. 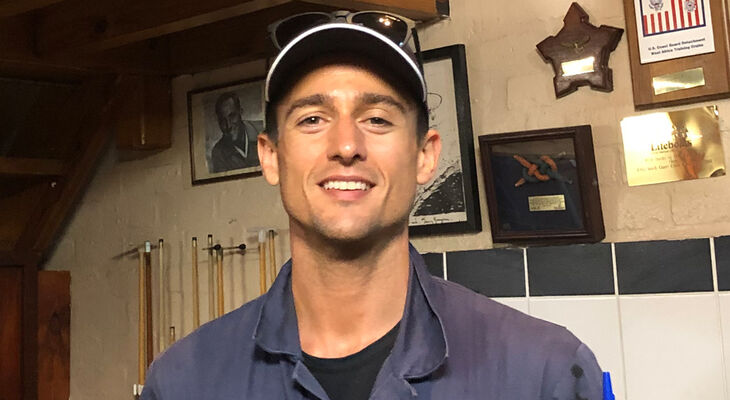 Deputy station commander Davide del Fante agrees that the gees at the station is great. ‘We have a good mix of crew who generally get on well and are keen to stick around after training and meetings to have a laugh.’ Davide joined the station in February 2012 and was elected deputy midway through 2019. He explains that he and Marc have a similar vision for the station, and when it comes to making decisions or bouncing ideas off each other, they’re pretty much on the same page. ‘Marc does a fantastic job as station commander as do the portfolio managers and as a result, the station runs smoothly,’ he says, adding that senior crew leading by example is also key.

When asked about special moments, milestones or people both Marc and Davide single out Pat van Eyssen. ‘He’s a gem,’ says Davide, ‘never too busy to help out and always good for some banter. Fifty years of sea-going experience as an NSRI volunteer is extraordinary in my mind.’ 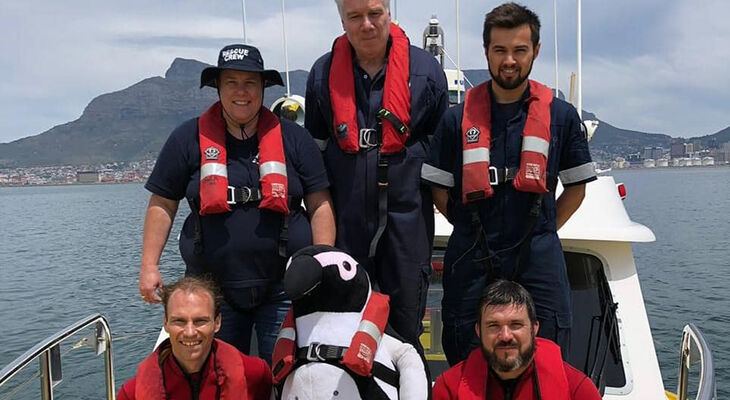 Pat joined the NSRI on 4 June 1971. He grew up in Bloubergstrand with the beach and sea as his playground, he says. His late brother-in-law, Peter Bestbier, invited him to joined when he was 18, and the rest, as the saying goes, is history. But, it’s a history that has seen Pat clock more than 10 000 sea hours and plenty more mentoring, teaching and leading. Pat held the position of station commander for many years at Table Bay, but felt it was important to step down at some point so that younger crew could take over the reins.

Of the early years of Sea Rescue, Pat recalls the occasion when a fishing trawler ran aground off Woodstock Beach. While waiting for authorities to give the go-ahead to initiate a rescue, he and Peter were told they could assist, but not as NSRI, only in their private capacities. ‘Peter and I stripped out of our NSRI uniforms, walked out and boarded the vessel. All onboard were rescued safely.’

Pat was honoured this year for 50 years of service to the NSRI, and is currently the only active sea-going volunteer with this amount of service years. He is retired now, but drives vintage sidecar motorbikes for Cape Sidecars. He admits business been quiet due to travel restrictions, but there’s no doubt that Table Bay crew enjoy seeing more of him at the station because of this. 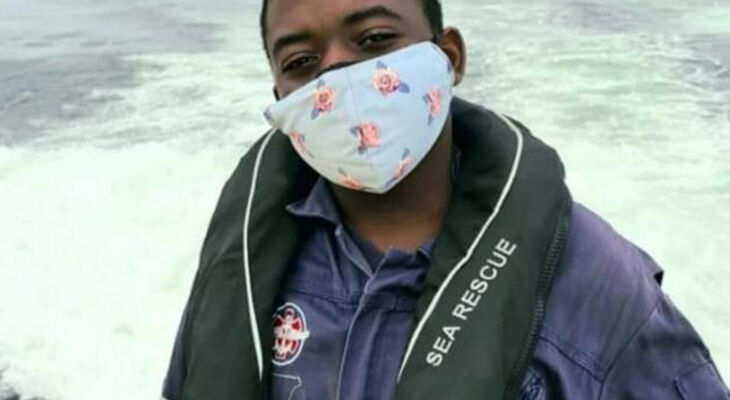 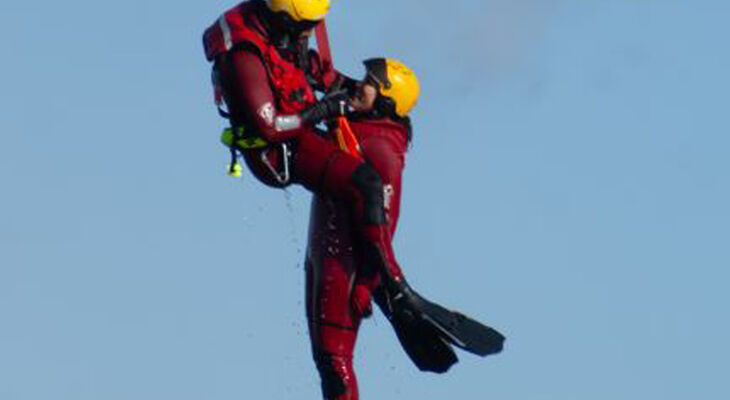 Young 20-year-old crewman Victor Mupfururi feels he has developed a profound connection with Sea Rescue already. Victor joined because his father is a regular donor and he was inspired after meeting some of Sea Rescue’s ‘amazing promoters’ as he calls them. What made him stay? He quotes from Emily Dickinson’s poem ‘By the sea’ by way of an answer, but adds the feeling runs even deeper: ‘But no man moved me till the tide went past my shoe.’ Victor is equally philosophical in his description of a particularly thrilling callout, one that felt like ‘sun on one side, night pouring in the other’, an intense experience much like a new country or city, ‘no locks, no walls, just doors’, he says.

Victor is a German, maths and science tutor and a computer science student. He is a member of NSRI’s Survivial Swimming squad and future ambitions include becoming a coxswain and eventually completing his pilot studies. He admits he has a lot on his plate, but is always ready to meet his NSRI obligations. He singles out Lourens de Villliers and Matthew Field as being his biggest cheerleaders. ‘Without them, I may have dropped out,’ he says. ‘But like most things in the NSRI, it’s a group effort, and I would say the whole of Bravo crew deserves a high five for their support!’

For Monique Martin, seeing an ad for a volunteer intake for Table Bay was a decisive moment. ‘At that period in my life, I’d been thinking of ways to make more constructive use of my free time and wanted to help in the community in some form, but just hadn’t found exactly what that was. My heart lit up when I saw the ad, and I knew this was the perfect fit,’ she explains. ‘My love for the ocean, and the fact that my parents were lifesavers along our False Bay coast (they met as teens and have now been married for 39 years) are part of why I chose Sea Rescue.’ Monique was accepted and started as a trainee in January 2018 and qualified as sea-going crew in January 2019.

Each callout has been a memorable one for her, but one that was particularly rewarding involved going out in the early hours one weekday morning to assist fisherman whose boat had capsized in Table Bay. All casualties were brought safely to shore and handed over to medics for treatment.

Monique is quick to recognise the entire station for their mentorship. ‘Throughout my training and as crew, I learn so much with each interaction whether onshore or out at sea. As to the gees at the station, one word springs to mind: ‘legendary!’.

It is said that humility means teachability, and it seems very evident that across the spectrum of crew at Table Bay teachability exists in abundance.

The NSRI on Tuesday, 20th July 2021 issued a call to action to the Basic Education Department to include water safety, swimming and first aid lessons as part of the school curriculum - following the United Nations Resolution on Drowning Prevention. ...

The NSRI welcomes the inauguration of World Drowning Prevention Day on 25 July as part of the United Nation’s resolution on drowning prevention. ...

In the second of our family stories, we chatted to dad Chris and brothers Marc and Grant van Staden, who between them have 69 years of experience at Station 12 (Knysna). ...