Marius Hayes, NSRI ASR (Airborne Sea Rescue) station commander, said:At 12h08, Friday, 20 November, NSRI ASR (Airborne Sea Rescue) duty crew were activated following a request for medical assistance from a local fishing trawler reporting a local adult male fisherman onboard suffering a medical complaint.They were deep-sea, 93 nautical miles North West off-shore of Cape Columbine lighthouse, on the West Coast.MRCC (Maritime Rescue Coordination Centre) arranged for a WC Government Health EMS duty doctor to assess the patient in communications that were assisted by the ships agent and by Telkom Maritime Radio Services.It was deemed that the patient needed be airlifted to hospital as soon as possible and the fishing trawler was requested to head towards Saldanha Bay to get into range of a helicopter rescue operation.EMS Metro Control dispatched an EMS rescue paramedic to respond to Ysterplaat Air Force Base to join NSRI ASR crew and the SA Air Force (SAAF) 22 Squadron pilots, flight engineer and ground crew who prepared a SAAF 22 Squadron Oryx helicopter to execute the helicopter rescue operation.NSRI Mykonos duty crew were placed on alert.The Air Force helicopter, accompanied by NSRI ASR crew and an EMS rescue paramedic, departed Ysterplaat Air Force Base and rendezvoused with the fishing trawler 50 nautical miles off-shore of St Helena Bay.On arrival on the scene an NSRI ASR rescue swimmer and the EMS rescue paramedic were hoisted from the helicopter onto the fishing trawler and the patient, in a stable condition, was hoisted into the helicopter using a basket hoist procedure and both rescue personnel were recovered into the helicopter.The helicopter landed at the Groote Schuur Hospital landing zone and the patient was taken into the care of EMS paramedics and he has been transported to a local private hospital by EMS ambulance for further medical care and he is expected to make a full recovery.The operation completed at 17h54. 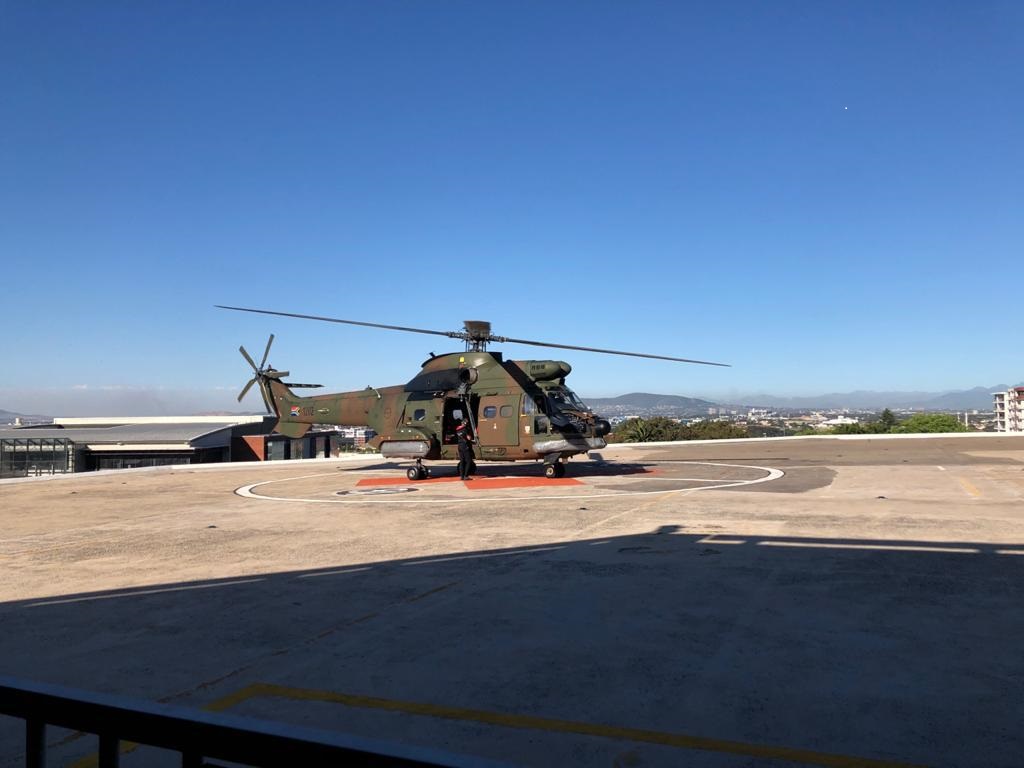