SEA RESCUE – Gordon's Bay – Wednesday, 22 July. Dog rescue:Vincent Landman, NSRI Gordon's Bay deputy station commander, said:At 13h56, Wednesday, 22 July, NSRI Gordon's Bay duty crew were activated following eye-witness reports of a dog trapped on a rock about 30 meters off-shore at Harmony Park Resort, Between Strand and Gordon's Bay.Our NSRI rescue swimmers responded to the scene.City of Cape Town (CoCT) Fire and Rescue Services and CoCT Law Enforcement Marine Unit were placed on alert.Gordon's Bay Animal Welfare (GBAW) Inspectors were activated.On arrival on the scene the dog, a male mixed breed, was located trapped on a rock about 30 meters off-shore and we suspect the dog got stuck on the rock by the rising tide.The dog was sitting on the rock appearing to be too afraid to jump into the water to swim to the shore.While no one came forward claiming to be the owner of the dog, the bystanders who had raised the alarm, a local couple, were on the scene and they reported that a member of the public had tried to reach the dog through the waist deep water but the dog became aggressive and the bystander had retreated.NSRI rescue swimmer Kyle Burns kitted up into a wet-suit, helmet and gloves, and carrying a towel, he went into the water and waded to the rock and he went around the rock to approach the dog from the sea side.The fear was that the dog may jump into the water when Kyle approached the dog so in order to encourage the dog to swim towards the shore, if he had jumped into the water, the idea was for Kyle to be on the sea side to usher the dog towards the shore rather than having him swim further out to sea.When Kyle reached the rock the dog, showing signs of fear, started barking at Kyle but some soothing words from Kyle and approaching the dog with a calm demeanor he appeared to settle down.Kyle told us that he sat on the rock quietly next to the dog and he offered the dog some soothing words.He then had a quiet chat to the dog and he explained to the dog that it would be better if they were on mainland. Kyle said the dog seemed to calm down with this gentle approach.Kyle then placed a towel over the dogs head and the dog showed no resistance.Kyle then gently picked up the dog and he carried the dog through the water across to the mainland without incident.The dog appeared to latch onto Kyle once they were safely ashore.The dog has been taken into the care of GBAW. The dog has no collar identification that may have assisted to locate his owners.Kyle has admitted that if no one claims the dog he will try to convince his parents to let him adopt the dog.NSRI commend the couple who raised the alarm and we commend our NSRI rescue swimmer Kyle Burns for successfully rescuing the dog. 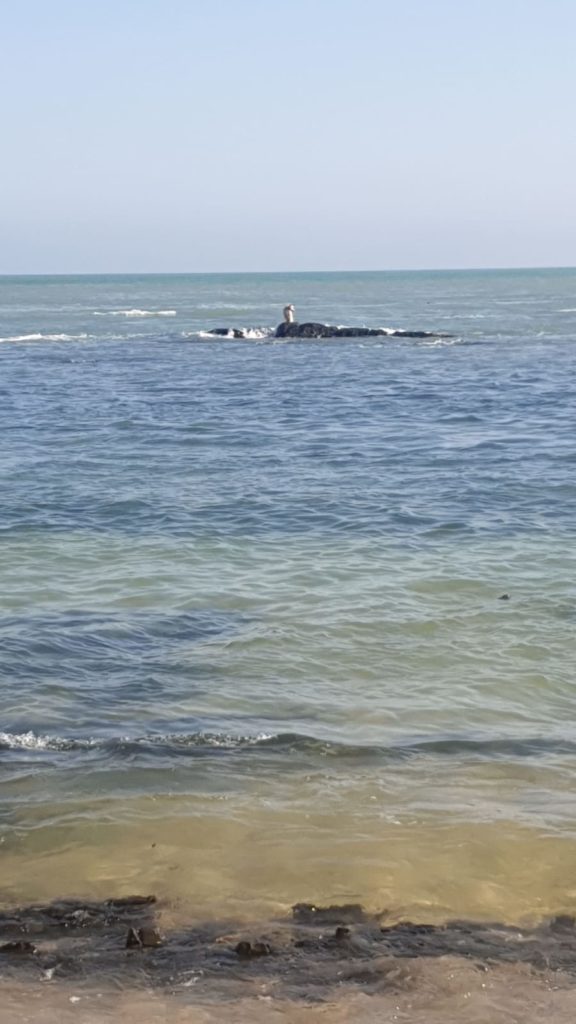 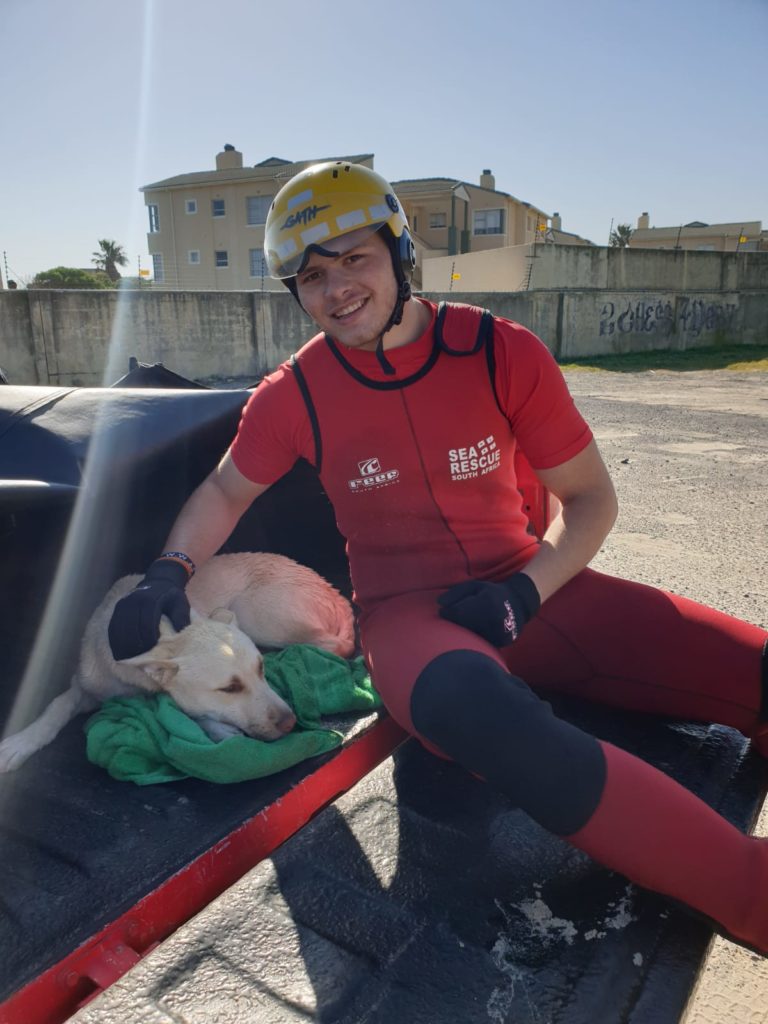 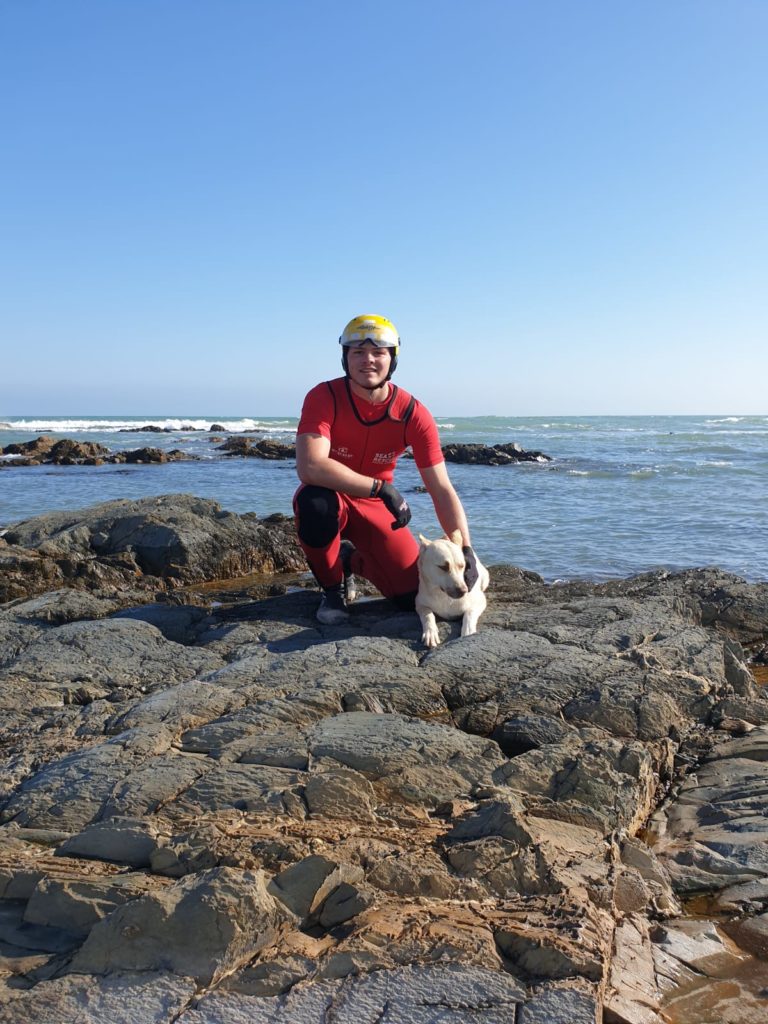