Sean Lunnon, NSRI Port Elizabeth duty controller, said:At 12h55, Tuesday, 09 June, NSRI Port Elizabeth duty crew were activated following reports of a spear fisherman injured while spear fishing.The incident address was at a parking area on Maitland road, Beach View, between Seaview and Beach View.Relay ambulance services and the EMS/AMS Aeromed 3 helicopter responded and we dispatched our sea rescue vehicle.On arrival on the scene we found Relay ambulance services and Aeromed 3 were already on the scene and a local 20 year old male was in the care of paramedics and being treated for injuries to his leg with a spear from a spear gun protruding from just above the right knee.It appears that while spear fishing with a friend while his sister was snorkeling nearby off-shore of Beach View a spear entered his leg into soft tissue above the knee following an accidental discharge.He had reportedly managed to exit the water without assistance after the incident and the alarm was raised.Family members were on the scene.Friends of the family, who live nearby, brought a mobile generator and an angle grinder to the scene which was used to shorten the spear which was secured from movement as a precaution.He was secured into a Stokes basket stretcher and carried to the helicopter and he has been airlifted to hospital by the Aeromed 3 helicopter in the care of paramedics and in a stable condition for further care. 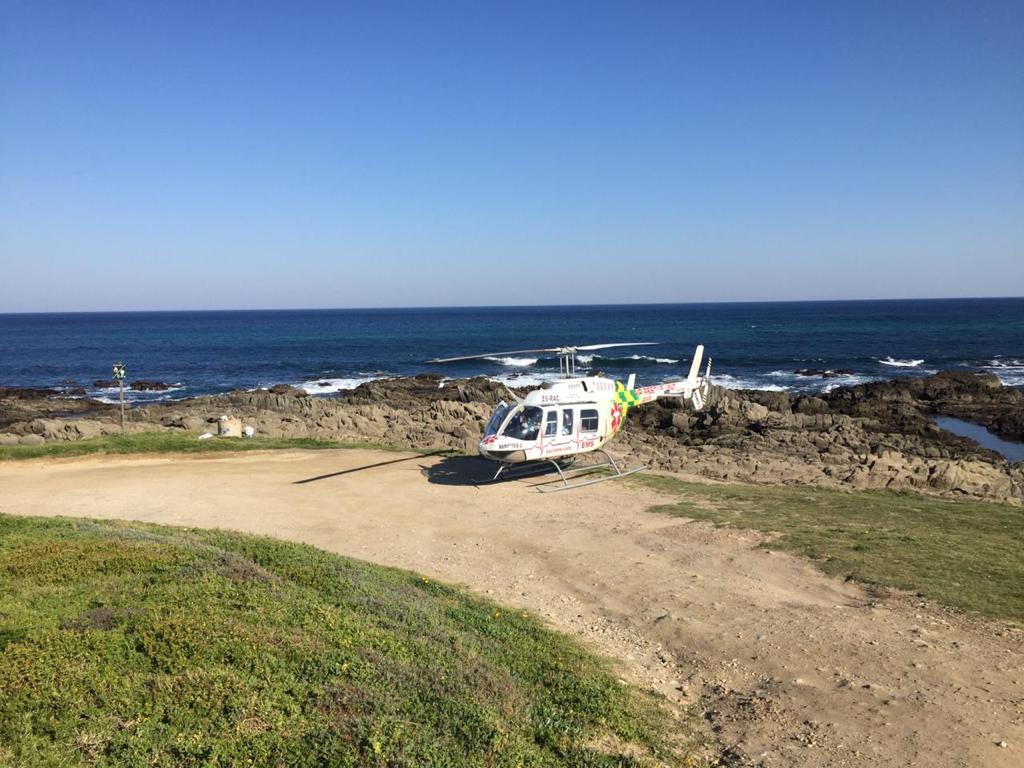