TABLE BAY:Quentin Botha, NSRI Table Bay duty coxswain, said:At 19h56, Monday, 23 March, NSRI Table Bay duty crew were alerted by the Transnet National Ports Authority (TNPA) to prepare to launch following a WC Government Health EMS duty doctor's medical evaluation of an ill 59 year old crewman, from the Hellenic Republic. The duty doctor requested the patient, suffering a medical emergency, be evacuated off the bulk carrier as soon as possible.The bulk carrier had departed Table Bay earlier and, 22 nautical miles South East of Cape Point, the alarm was raised and it turned around and headed back towards Table Bay.The sea rescue craft Spirit of Vodacom launched at 23h30 accompanied by 2 WC Government Health EMS rescue paramedics and an NSRI doctor.We rendezvoused with the ship 8 nautical miles from the Port of Table Bay.2 NSRI rescue swimmers and a EMS rescue paramedic boarded the ship and medical treatment was administered, stabilising the patient. He remained in a serious but stable condition and was transferred onto our sea rescue craft and into the care of the doctor and the second paramedic.The NSRI rescue swimmers and the EMS rescue paramedic re-boarded our rescue craft, and on arrival back at our rescue base, the patient was taken into the care of Netcare 911 paramedics and was transported to hospital by ambulance for further medical care.NSRI Emergency Operations Centre, Telkom Maritime Radio Services, WC Government Health EMS, Transnet Port Health Authorities and Transnet National Ports Authority assisted the Maritime Rescue Coordination Centre in coordination, communication and logistics during the operation. 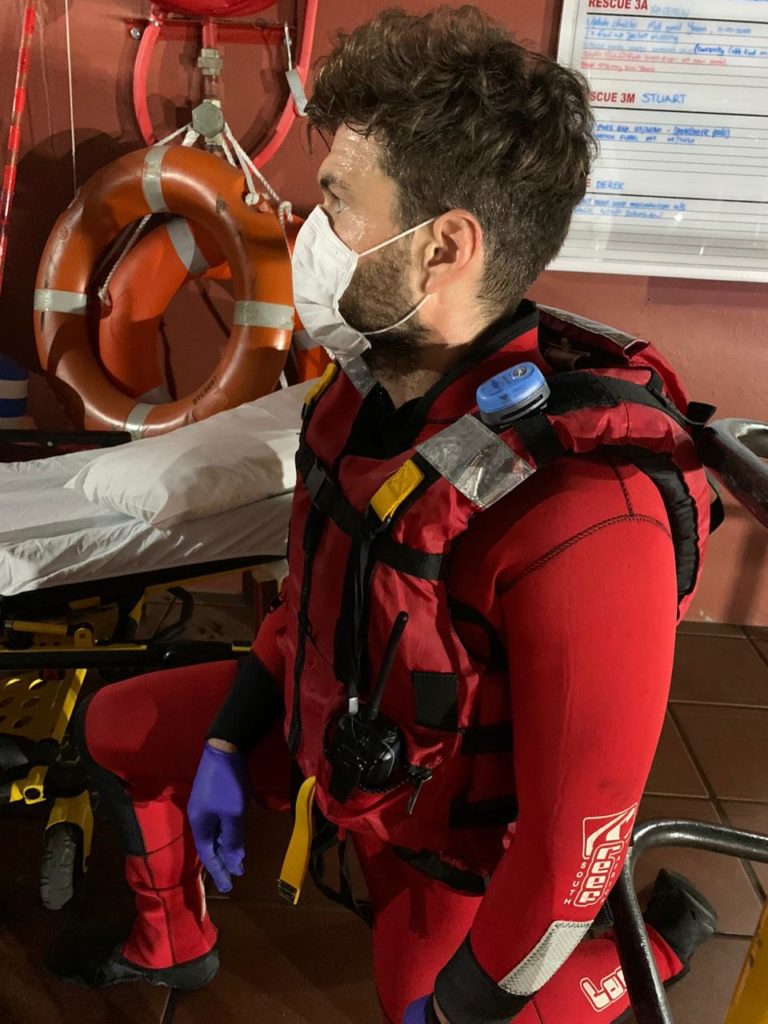 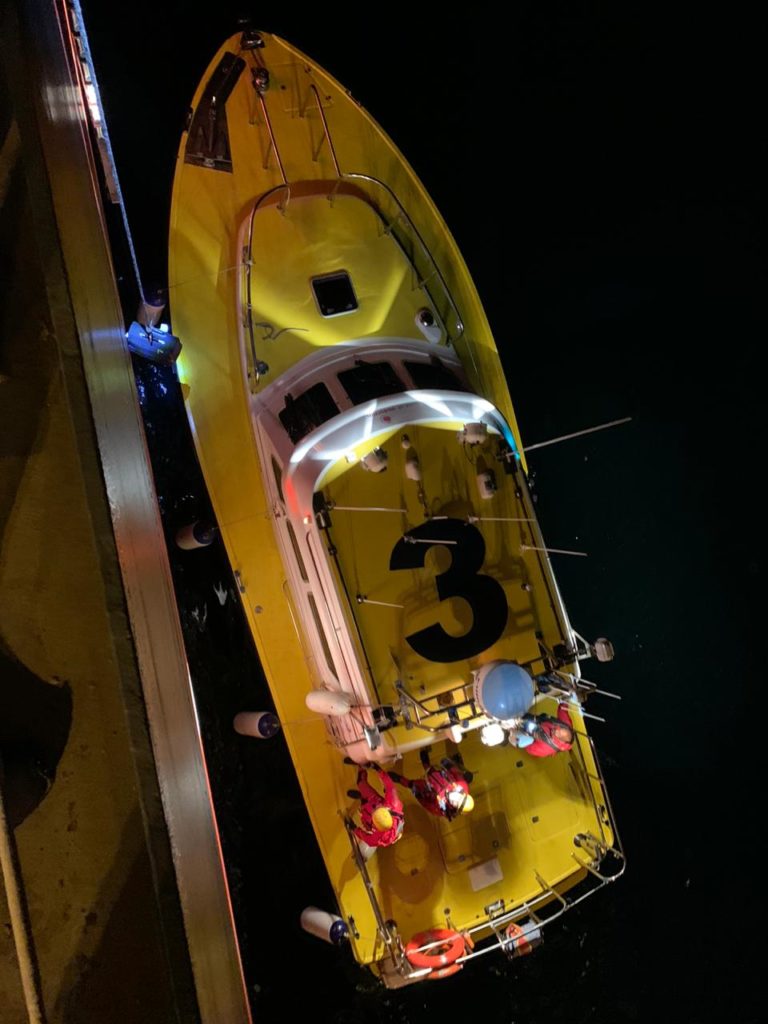 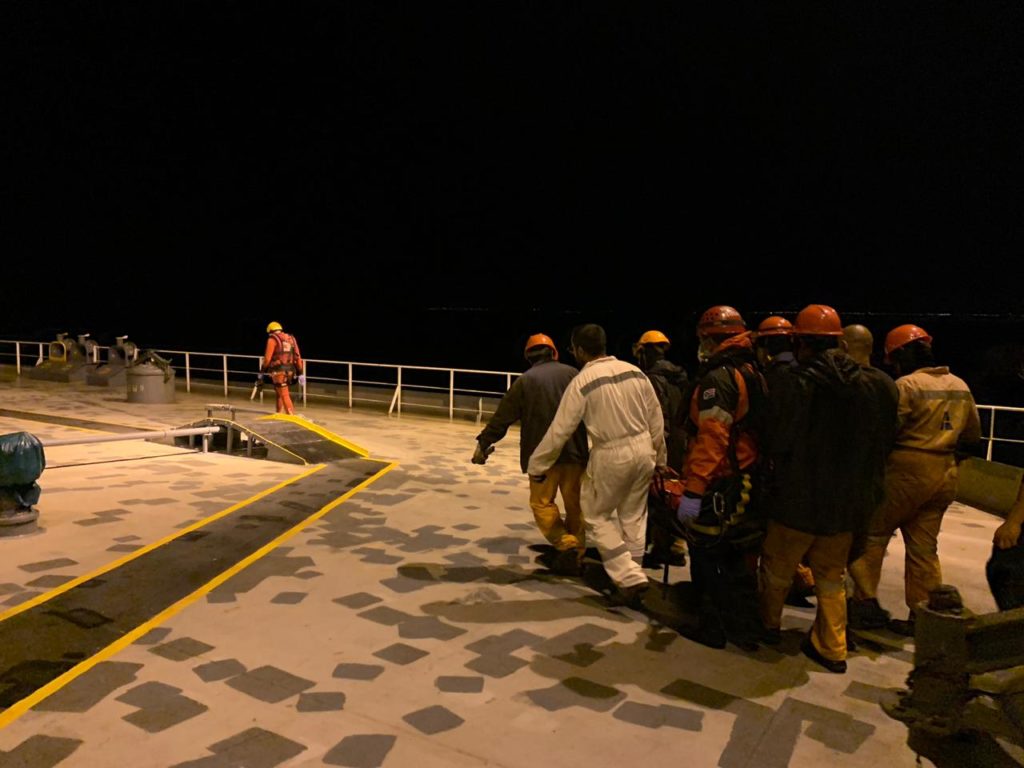 BALLITO:Brendon Power, NSRI Ballito duty coxswain, said:On Saturday, 21 March, at approximately 11h50, NSRI Ballito duty crew were activated following a report from pilot Dave Jackson from Ballito Microlight School of what appeared to be an unmanned paddle-ski capsized and adrift 300 to 400 meters off Villa Royale in the Sheffield Beach vicinity.During a Microlight flight local pilot Dave witnessed the unmanned capsized craft that looked like a paddle-ski and he raised the alarm.The pilot confirmed that he observed no signs of anyone in the water in the immediate vicinity of the unmanned craft.We dispatched our sea rescue vehicle towing our sea rescue craft Waverunner 4 to the location to be launched.On investigation it was established that a local man on his fishing-ski had been fishing off Tiffany’s Beach area when his fishing-ski had taken on water from unknown causes. Wearing a PFD (Personal Flotation Device) he stayed with his semi-submerged craft adrift at sea for a while but not knowing if help was coming he opted to abandon his craft and swim for the shoreline.Once he was on the beach, NSRI located him and a description of his semi-submerged casualty craft was obtained. Lifeguards, emergency services and maritime authorities were notified of the small craft, a fishing-ski, adrift at sea semi-submerged off the vicinity of Sheffield.The man was not injured and he required no further assistance.NSRI commend the local Microlight pilot for raising the alarm.NSRI appeal to paddlers, boaters and board sailors to get the free NSRI / RSA SafeTrx app and download it onto their phone.RSA SafeTrx allows a person or person’s in difficulty to raise the alarm by the push of a button on their phone and this immediately alerts NSRI and maritime authorities to your exact position while NSRI resources respond.
TO REPORT A SEA RESCUE EMERGENCY DIAL 112 FROM A CELLPHONE
Share