Anton Bredell, Minister of Local Government, Environmental Affairs and Development Planning in the Western Cape handed a cheque for R400,000 each to Sea Rescue and Western Cape Lifesaving at a ceremony held at the Hout Bay Sea Rescue base this morning.In his speech the minister thanked Lifesaving WC and Sea Rescue volunteers for providing a service that he was proud to be associated with and to help fund.NSRI CEO Dr. Cleeve Robertson thanked the WC Disaster management team for their continued support. This year's funds from the donation were used to buy a new JetRIB for Station 16 Strandfontein.“This craft will revolutionise surf rescue,’ said Dr Robertson. “Thank you for this partnership. It’s all about collaboration. The only way that we will be successful is if we collaborate,” he said.Eileen Fortune accepted the R400 000 donation to WC Lifesaving saying that the money would be allocated to the 27 clubs in the province and used to buy much needed equipment and to ensure a proactive lifeguard service.Minister Bredell ended wishing the volunteers well for the holiday season.“We hope and pray that it will be a quiet season. I would like to thank each of you, our partners, for the work that you do. It is an honour to be part of this partnership that saves so many lives each year,” he said.“A special thanks to the families who stay behind when you go out on rescues. Be careful out there.” 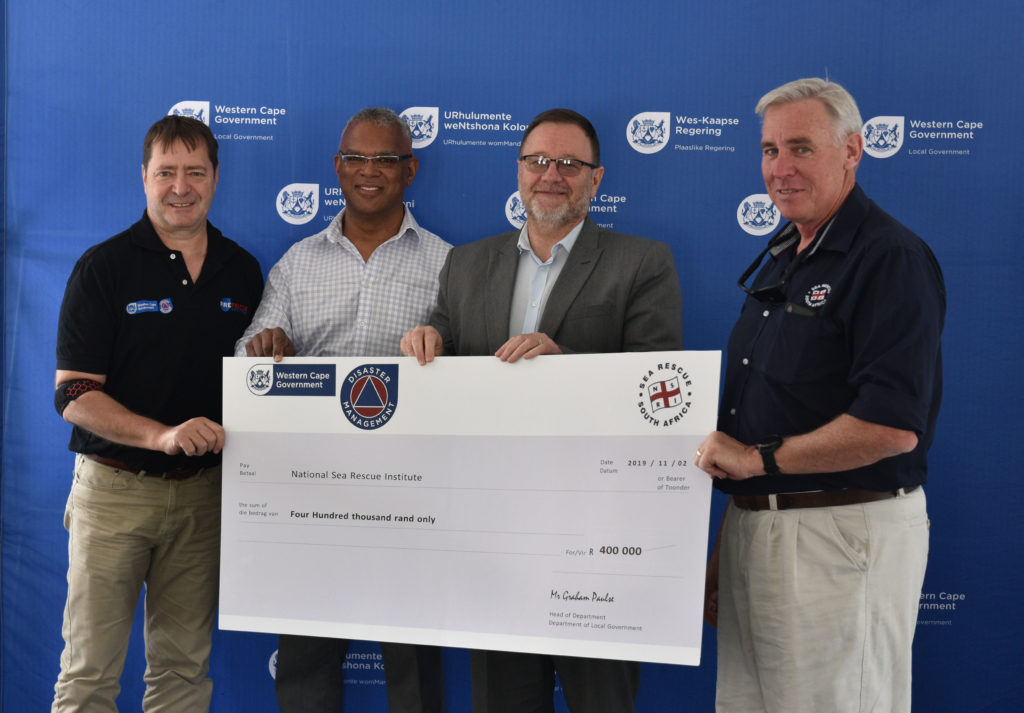 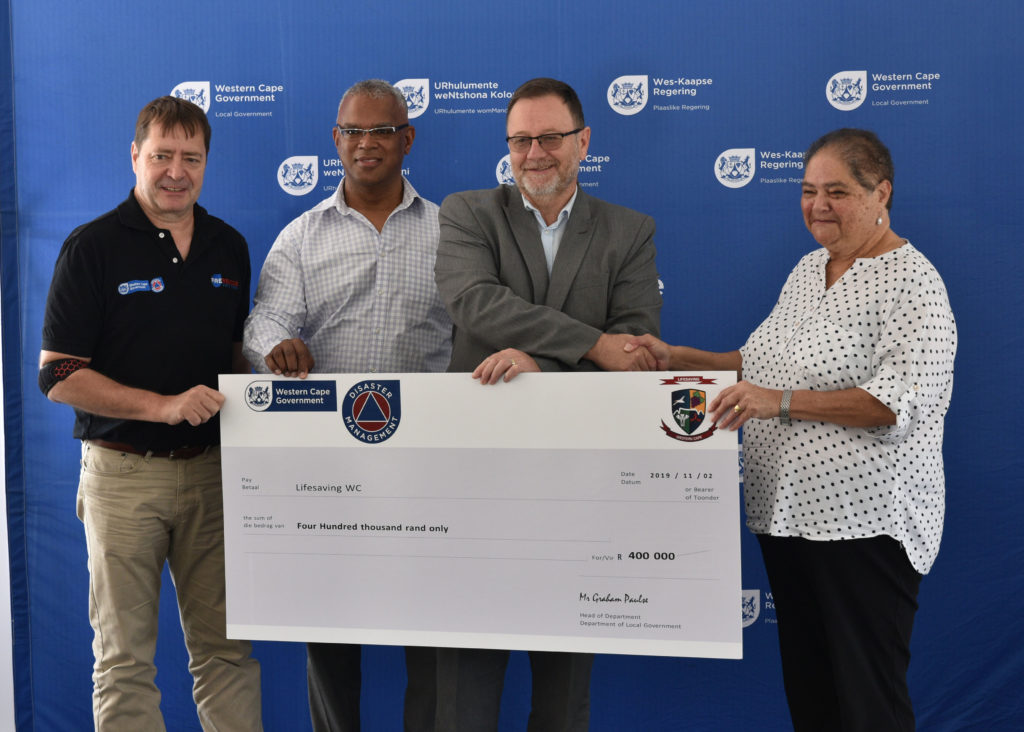 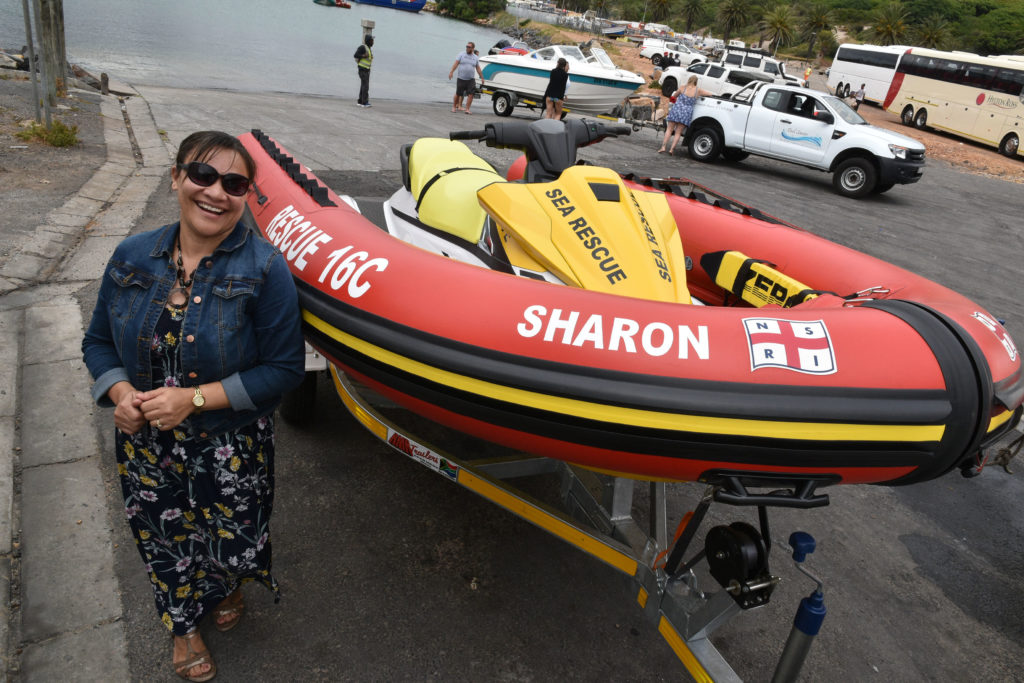 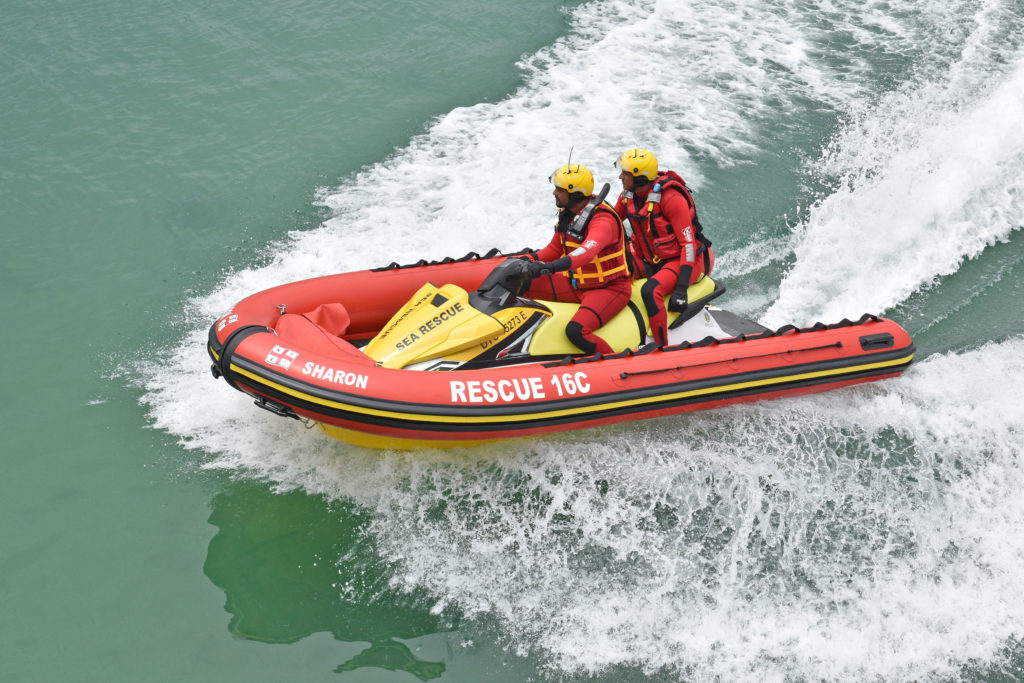 Station 16 Strandfontein crew put the JetRIB through its paces during a demonstration of the machine’s capabilities.
Share