On Saturday, the 9th November, our National Training Manager, Graeme Harding handed over the first JetRIB to our Sea Rescue Station in Port Edward. This marks the beginning of the roll-out of surf zone stations around the country who will be equipped with this new vessel.'Designed specifically for surf rescue in collaboration with Droomers Yamaha and Admiral Powercats, a new breed of vessel was developed and tested around the country and has been welcomed as a new addition to the Sea Rescue fleet.The all-new Yamaha VX 1050 JetRIB is powered by an environmentally friendly four-stroke engine. The added hull with Hypalon pontoon has created a much more stable platform and increased flotation capability, and is divided into four separate compartments for safety purposes.The JetRIB allows for a helmsman and two extra crew members, who can be dropped off to attend to a casualty in the water. With the vessel’s impressive stability and padded seating (crew sit behind the helmsman), navigating through even the most challenging surf conditions has become a lot less impactful and stressful than with our present craft.In July 2019 the Training department embarked on a roadshow to introduce the new JetRIB and get important feedback from our stations and current serving surf-rescue coxswains on its safety and suitability. It also helped determine whether any changes were required from an operational point of view.The reaction was very positive, with most coxswains indicating this is without a doubt one of the safest boats they have used in the surf zone, and there is much excitement surrounding the roll-out of the JetRIB to our stations operating in surf zones around the country.' says Graeme Harding.THE NEW JETRIB SPECS• Yamaha VX 1050 (110Hp)• Three-cylinderfour-stroke engine• 70-litre fuel capacity• Five-hour range plustwo hours’ reserve• Crew complement: three 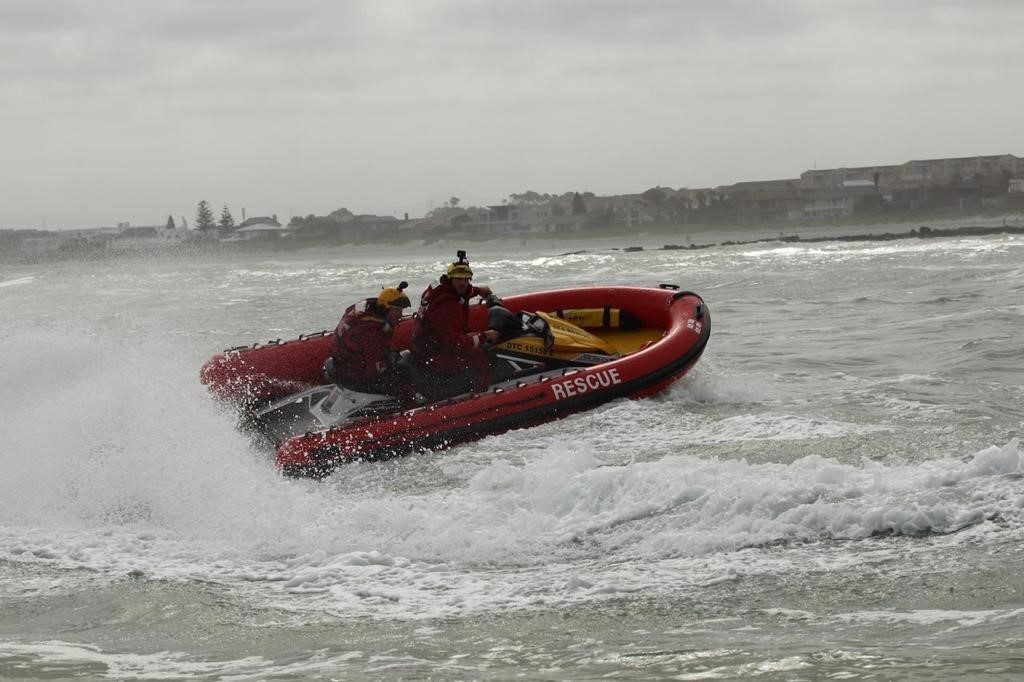