RICHARDS BAY:Jacques Kruger, NSRI Richards Bay deputy station commander, said:At 07h58, Friday, 15th November, NSRI Richards Bay duty crew were activated by the Transnet National Ports Authority following a request for assistance from an International yacht that was taking the precaution, due to unfavourable weather, requesting to be escorted into Port due to their not being familiar with the local Port and considering the unfavourable sea conditions.We launched our sea rescue craft Spirit of Richards Bay and escorted the yacht into Port without incident and they moored safely.On Sunday, 17th November, at 15h39, NSRI Richards Bay duty crew launched the sea rescue craft Spirit of Richards Bay to assist a yacht into Port.The yacht, part of the International yachts in Richards Bay at present, all with the ARC Rally 2019, suffered some steering problems, believed to have been sustained in the recent heavy sea conditions but they were in no imminent danger and they had rigged a temporary steering and only required NSRI when they reached the Port entrance.Our sea rescue craft rafted alongside the casualty outside of the Port and we assisted to a mooring without incident. 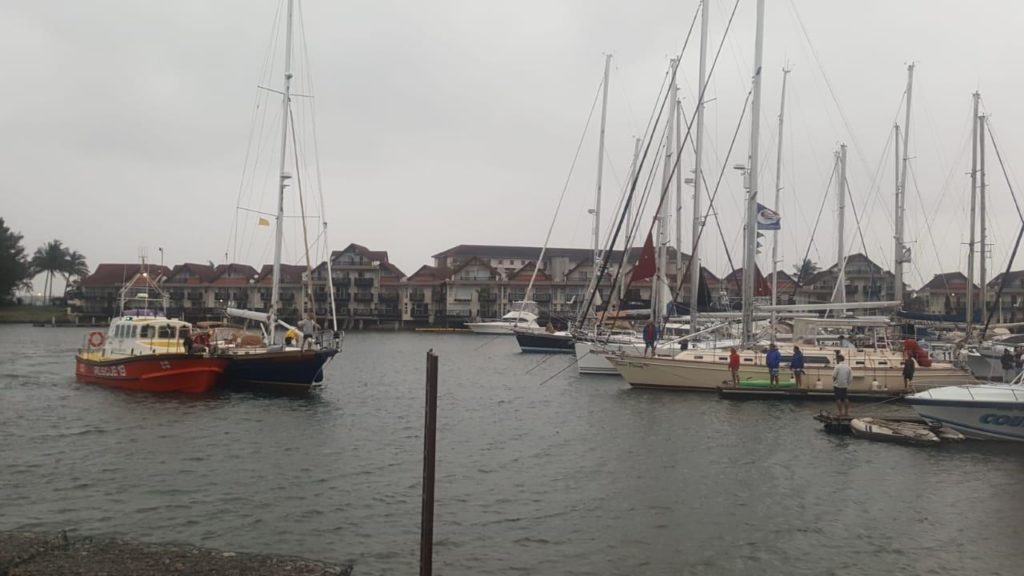 SIMON'S TOWNHein Scheepers, NSRI Simon's Town deputy station commander, said:At 14h47, Sunday, 17th November, NSRI Simon's Town were alerted by locals, Michael Weight and his son Jack, reporting a seal entangled in a fishing net off-shore of Simon's Town harbour.They were on their boat heading to go out fishing at sea when they came across the juvenile seal entangled in a fishing net off the breakwater of the harbour.They reported the incident to NSRI and then they picked up 2 NSRI Simon's Town rescue crew at the Simon's Town NSRI rescue base, on their private boat Ocean Rover, and took the NSRI members to the seal.We found the seal to be well entangled in what looks like an old fishing net but able to swim and it was also eating when we found it, indicating that it was okay despite being trapped in the net.NSRI alerted the SPCA and their Wild Life Inspectors responded to our sea rescue station.Our NSRI Simon's Town duty crew launched the sea rescue craft Spirit of Surfski 2, accompanied by the SPCA Inspectors, to join the boat Ocean Rover on the scene and we took our SAWDN (SA WHALE DISENTANGLEMENT NETWORK) disentanglement kit.We arrived at the scene and it took a while to encourage the seal close enough to the rescue craft to catch it. Pilchard bait, supplied by the boat Ocean Rover was used by our rescue crew to encourage the seal close enough for us to catch it.The SAWDN long pole was used to grapple the net.Once safely on the boat, still entangled in the fishing net, the seal was taken into the care of the SPCA Inspectors and brought to shore where the SPCA Inspectors secured the seal and cut the fishing net free of the seal, checked that the seal was mobile and healthy, and the seal was released to the sea and swam off confidently.The fishing net has been sent to waste disposal.Michael and Jack Weight on their boat Ocean Rover, are commended for their efforts and their assistance in this operation.[video width='320' height='582' mp4='https://www.nsri.org.za/wp-content/uploads/2019/11/WhatsApp-Video-2019-11-18-at-08.59.31.mp4' 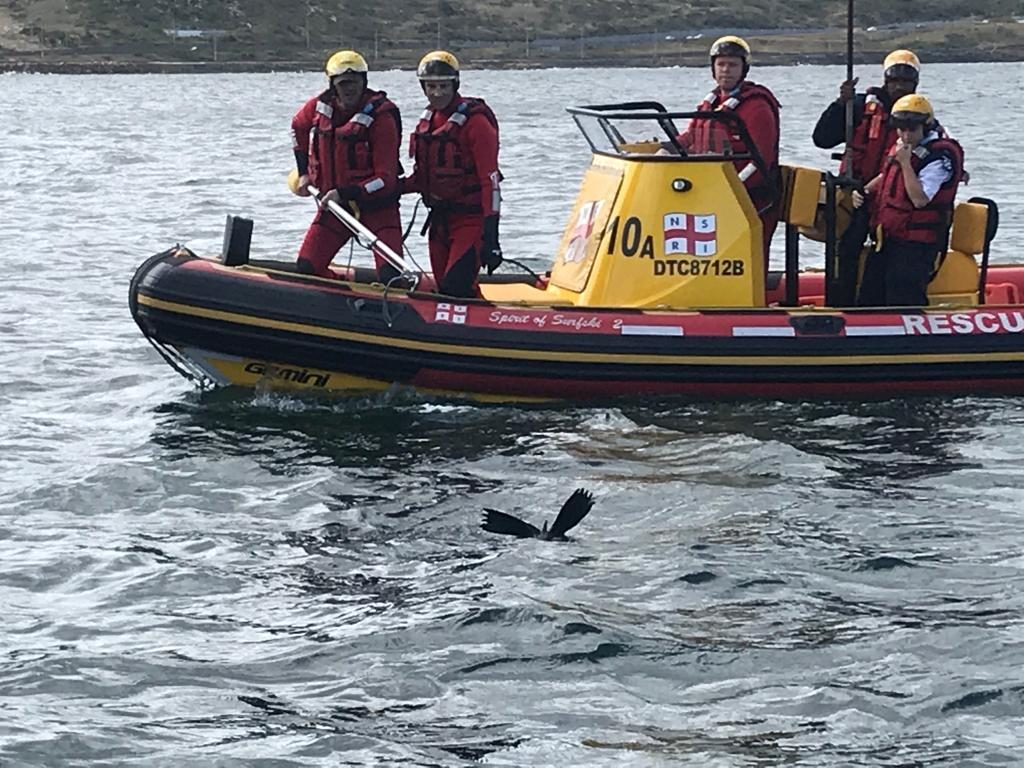