MOSSEL BAY:Justin McCarthy, NSRI Mossel Bay deputy station commander, said:At 05h23, Saturday, 05th October, NSRI Mossel Bay duty crew were activated by MRCC (Maritime Rescue Coordination Centre) following reports of a male crew member suffering a medical emergency aboard a crude oil tanker approaching Mossel Bay, Western Cape, and requesting urgent medical assistance.NSRI prepared to launch sea rescue craft when informed that the crew member, of Turkish Nationality, had sadly passed away.NSRI Mossel Bay duty crew, accompanied by paramedics, Police and Forensic Pathology Services, launched the NSRI sea rescue craft St Blaze Rescuer and rendezvoused with the ship off-shore of Mossel Bay and the body of the deceased, believed to be deceased from natural causes, was taken into the care of Police and the Forensic Pathology Services and brought to shore at Mossel Bay and the body is in the care of the Government Health Forensic Pathology Services.MRCC, Telkom Maritime Radio Services, WC Government Health EMS duty doctor, TNPA (Transnet National Ports Authority) and NSRI EOC (Emergency Operations Centre) assisted in communications and the coordination of the operation which was completed at 11h30.Condolences are conveyed to family of the deceased.RICHARDS BAY:Jacques Kruger, NSRI Richards Bay deputy station commander, said:At 06h27, Saturday, 05th October, NSRI Richards Bay duty crew were activated following reports to Police of a 30 foot sport fishing boat with 8 crew onboard with her motors entangled in shark nets off-shore of the Caravan Park at Richards Bay.We launched the sea rescue craft Spirit of Round Table II accompanied by Police Search and Rescue divers.On arrival on the scene the Police divers dived on the scene and were able to remove the net from the casualty boats motors and once released from the entanglement no further assistance was required.YZERFONTEIN:Andre Livingstone, NSRI Yzerfontein deputy station commander, said:At 09h29, Saturday, 05th October, NSRI Yzerfontein duty crew were activated following reports of a drowning in progress at Main Beach, Yzerfontein.It appears 3 male teenagers, aged 14, from Malmesbury, on a group family outing, were caught in rip currents on a tractor tube in the surf-line.2 of the teenagers made it safely to shore but 1 teenager remained trapped in rip currents.On arrival on the scene we found the third teenager had also managed to reach the shore and he was suffering hypothermia.NSRI medics initiated treatment for hypothermia and were joined by a doctor who is a parent on the group outing and who assisted in the medical treatment.The teenager was transported to our sea rescue station where following further treatment for hypothermia he was released requiring no further assistance.CAPE POINT:Andrew de Kock, NSRI Simon's Town duty coxswain, said:At 10h03, Saturday, 05th October, NSRI Simon's Town and NSRI Kommetjie duty crews were activated to assist TMNP (Table Mountain National Parks) rangers at Buffels Bay, Cape Point, who were dealing with 3 Gray’s Beaked Whales beached in amongst rocks on the shoreline.Marine Scientists and the Department of Environmental Affairs – Oceans and Coasts were also activated.2 of the whales were found to be deceased and 1 whale was recovered and assessed by Vets and Marine Scientists and deemed to be in poor health and the whale died naturally a short while later. 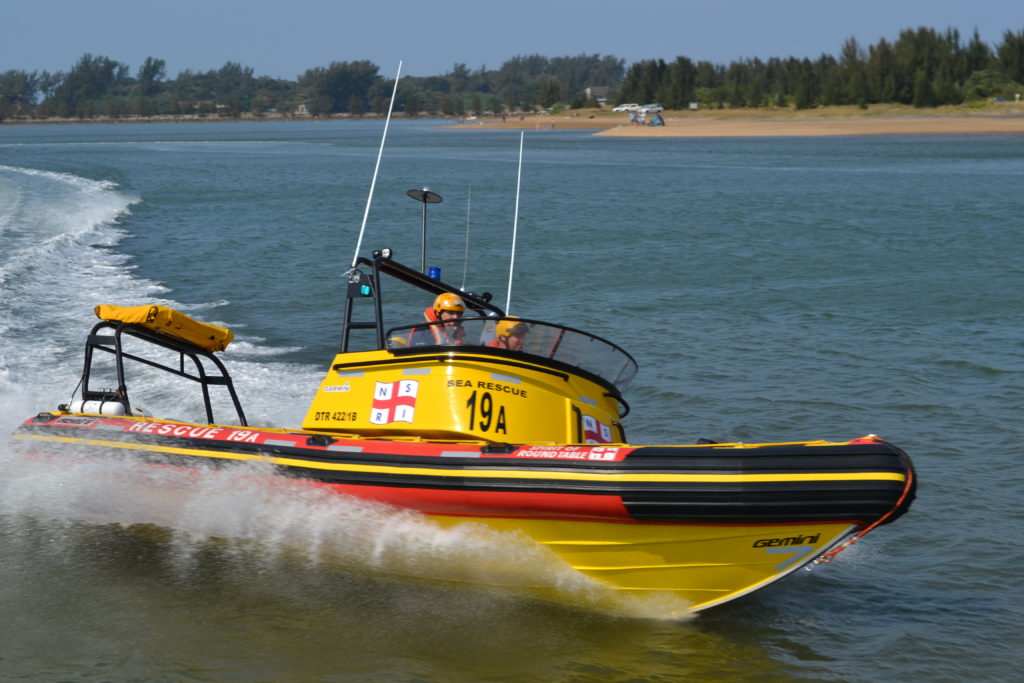