At 17h00, Tuesday, 01 October, NSRI Table Bay duty crew were activated by the Transnet National Ports Authority (TNPA) following a request for a patient evacuation to hospital, from a Container ship approaching Table Bay, of 2 ship’s crew members, one suffering an injury and one with a medical complaint.

Our sea rescue craft Spirit of Vodacom was launched accompanied by a WC Government Health EMS rescue paramedic and an ER24 ambulance was summoned to stand-by at our sea rescue station.

We rendezvoused with the ship 14 nautical miles off-shore in calm sea conditions. An EMS rescue paramedic and 2 NSRI crew were transferred onto the ship and using a technical rig and high-angle extrication, the 2 patients were transferred onto our sea rescue craft and brought to our rescue base without incident.

Both patients have been transported to hospital by ER24 ambulance in stable conditions. 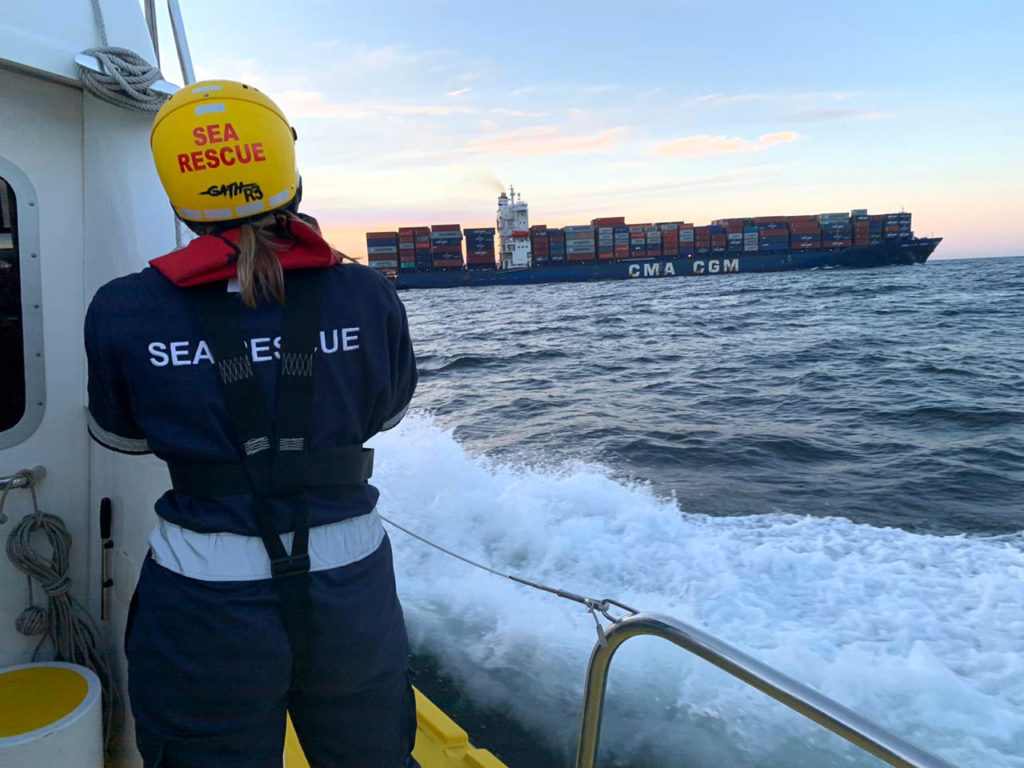 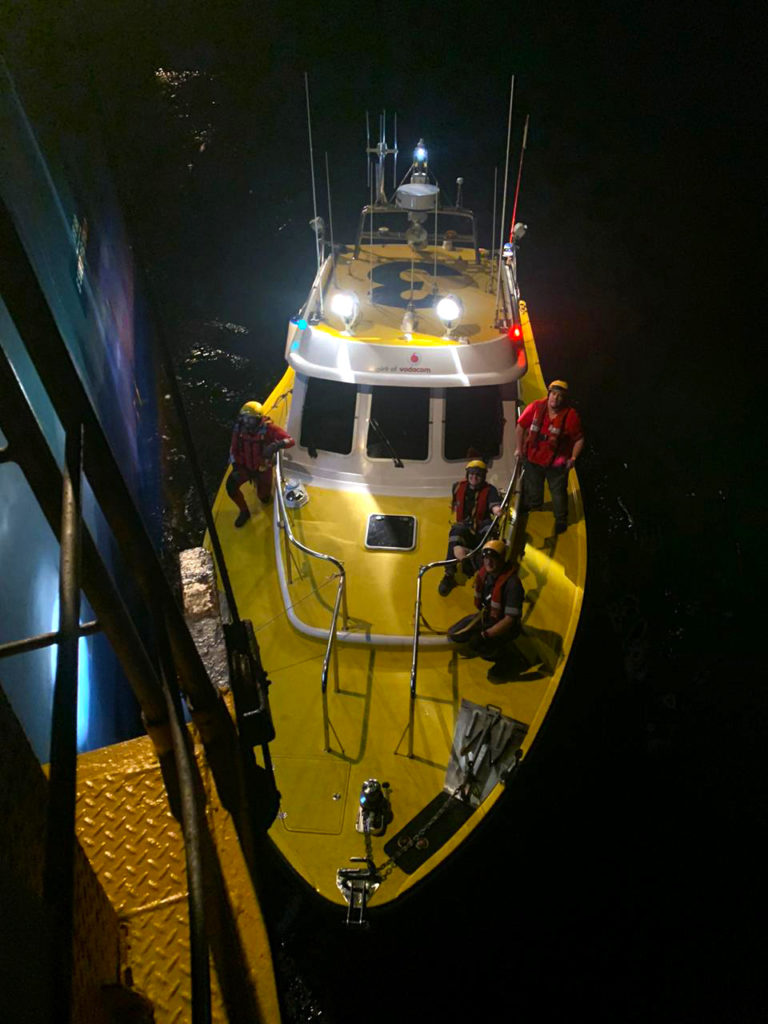 We rendezvoused with the yacht 1.5 nautical miles off-shore of the Mouille Point Lighthouse and took the yacht under tow.

We towed the yacht to RCYC (Royal Cape Yacht Club) without incident where she was moored safely and no further assistance was required.