[video width='640' height='352' mp4='https://www.nsri.org.za/wp-content/uploads/2019/08/WhatsApp-Video-2019-08-11-at-15.52.20.mp4'][/video]Robert van Helsdingen, NSRI Wilderness station commander, said:At 13h26, Saturday, 10th August, NSRI Wilderness duty crew were activated following eye-witness reports of a suspected drowning in progress on the shoreline at a rocky cliff face West of the Victoria Bay Western Point, near to George.The sea rescue craft ClemenGold Rescuer was launched and NSRI crew responded directly to the scene.WC Government Health EMS and George Municipality Fire and Rescue Services were activated and responded.The patients girlfriend had raised the alarm alerting local surfers who had investigated and they alerted NSRI.While responding to the scene it was confirmed that a male had fallen down rocks and he was not in the water but injured at the foot of a cliff face in a gully near to the waters edge.On arrival on the scene the patient was found to be injured and a private doctor, on holiday and who happened to be at the area at the time, was medically assisting the local 30 year old man who it appears had slipped and fallen over the edge of the rocks falling approximately 10 metres.NSRI assisted the EMS rescue paramedics and the EMS and George Municipality Fire and Rescue Service rescue crews on the scene.The EMS/AMS Skymed rescue helicopter was activated to assist with the patient extrication from the barely accessible terrain. The NSRI crew on the sea rescue craft ClemenGold Rescuer stood by off-shore the coast ready to provide assistance from the water side if required,The patient was treated by EMS paramedics and Fire and Rescue Services paramedics, assisted by the private doctor, for injuries sustained from the fall and he was secured into a specialised stretcher and winch hoisted to the side EMS/AMS Skymed rescue helicopter and airlifted out of the gully to a prepared landing zone at Victoria Bay Campsite where he was transferred from the specialised stretcher and loaded into the EMS/AMS Skymed helicopter and airlifted to hospital in a serious but stable condition and he is expected to make a full recovery.NSRI commend the doctor who assisted on the scene and the cooperation between the joint emergency services. 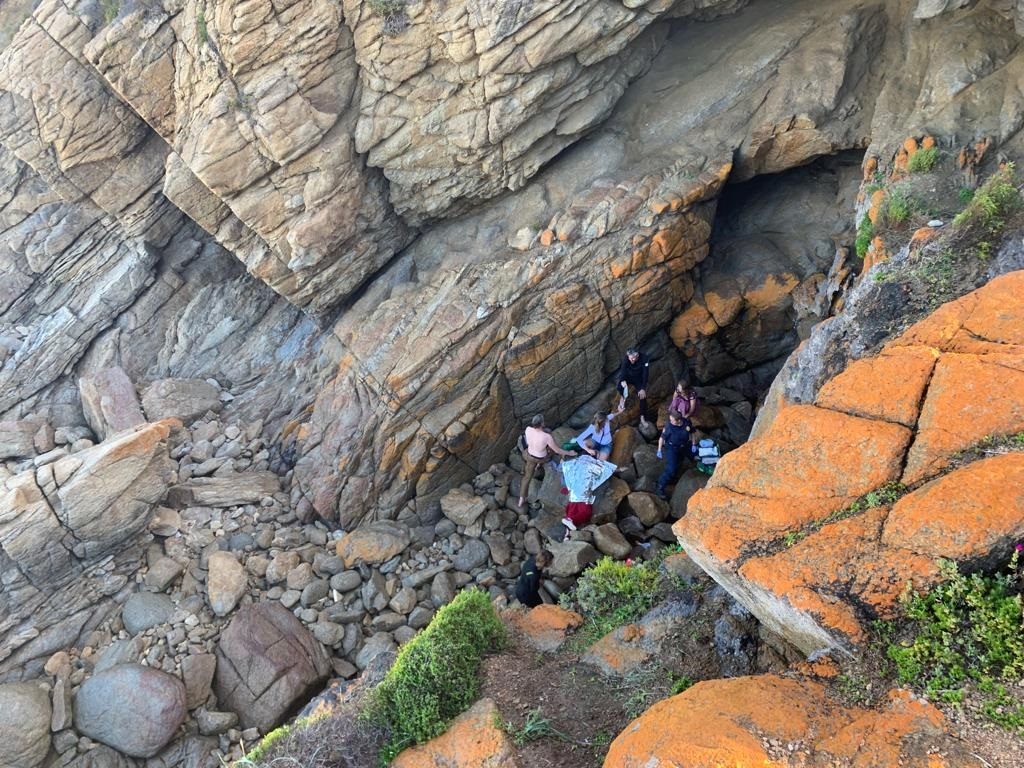 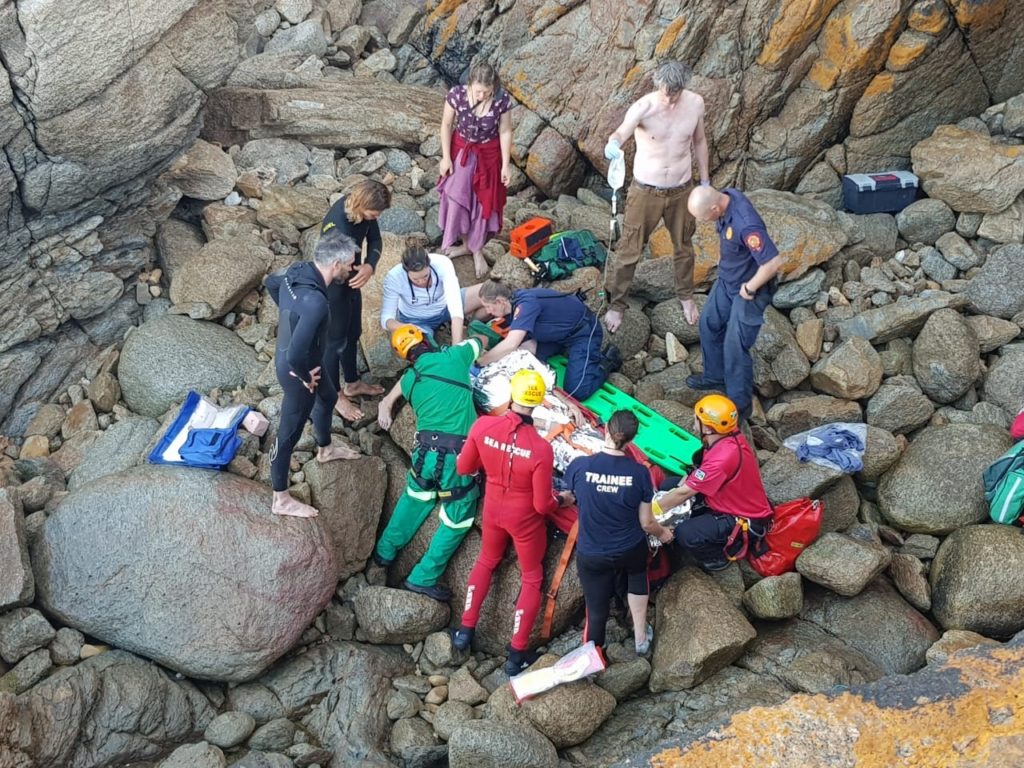