Maryke Musson, curator of the Two Oceans Aquarium was presented with a Gold Partner Certificate this evening for their contributions made to Sea Rescue.Two Oceans AquariumCitation reads:Sea Rescue is run by over 1000 unpaid men and women around the country who volunteer their time as rescue crew. They frequently head out in foul conditions, risking their own lives, to save others. Their efforts would be futile without the commitment and generosity of our loyal sponsors who fund our operations.Sea Rescue is honoured to have partners who play an integral role in equipping Sea Rescue for those in peril. 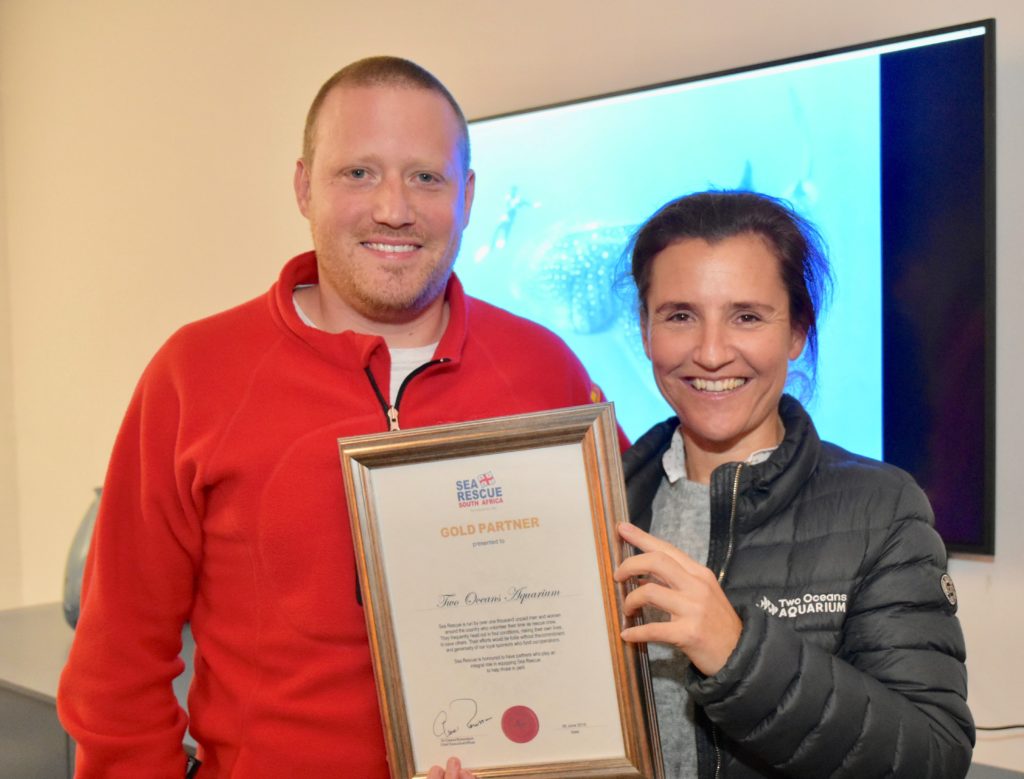