PLETTENBERG BAY:Marc Rodgers, NSRI Plettenberg Bay station commander, said:At 16h56, Thursday, 28th March, NSRI Plettenberg Bay duty crew were activated following reports of a 14 year old Cape Town male teenager suffering an injured leg after jumping off a bridge into shallow water on the Keurbooms River.The teenager had been recovered onto a boat that his parents were on and the local boat skipper of the boat requested medical and rescue assistance.It appears that the teenager had jumped from the bridge into water not realising that there was only shallow water below.NSRI dispatched a sea rescue vehicle and ER24 ambulance services responded.The skipper of the boat, a friend of the family, was instructed to bring the boat to the jetty at the angling club.A doctor who happened to be in the area assisted the patient who was suffering a fractured left leg.On arrival on the scene the patient was stabilised and transported to hospital by ER24 ambulance and he is being operated on to repair a fractured leg.All who assisted and responded are commended for the swift response.STILL BAY:Danie Gerryts, NSRI Still Bay duty controller, said:At 15h00, Thursday, 28th March, NSRI Still Bay duty crew were activated following a request for assistance from the SA Police Services on the scene at the Goukou River Mouth where a 47 year old male was injured while kite surfing an trapped on a small island in the river mouth in an incoming tide.NSRI rescue swimmers and ER24 ambulance services responded.NSRI rescue swimmers swam and waded through the water to reach the injured kite boarder, suffering suspected fractured ribs, and secured the patient to a back board and Stokes basket stretcher and brought him to shore and he has been transported to hospital by ambulance in a stable condition.KOMMETJIE:Ian Klopper, NSRI Kommetjie station commander, said:At 21h15, Thursday, 28th March, NSRI Kommetjie duty crew were activated following a request from 3 fishermen lost in dense fog on their boat and suspecting to be off-shore between Kommetjie and Cape Point.The sea rescue craft Spirit of the Vines was launched by NSRI Kommetjie and the sea rescue craft Nadine Gordimer was launched by NSRI Hout Bay and local fishing boats at sea in the area assisted in a search.Telkom Maritime Radio Services assisted with marine VHF radio communications.Despite an extensive search throughout the night in dense fog no sign of the fishermen could be found and during the morning NSRI Simon's Town launched the sea rescue craft Spirit of Safmarine III and joined NSRI Hout Bay and NSRI Kommetjie in the extensive search and NSRI Bakoven prepared to join in a search and NSRI Table Bay and the NSRI ASR (Airborne Sea Rescue) were placed on alert.As the fog started to lift late Friday morning at around midday the NSRI located the fishermen 5 nautical miles off-shore of Scarborough and they were in good spirits and not injured and had run out of fuel and NSRI Hout Bay took them under tow and towed them to Hout Bay harbour where they were reunited with their families.NSRI commend all involved in this operation assisting to bring the successful result. The sea rescue craft was launched. 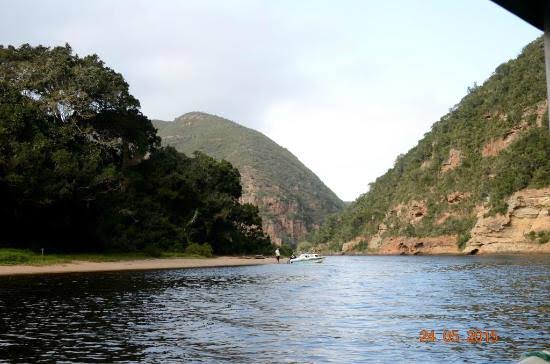