On Wednesday 27th NSRI Station 29 ASR gathered to honour Lt Col Brian Bell and Lt Col Gees Basson of the SAAF's 22 Squadron for their immense contribution to the joint development of the NSRI's specialized helicopter unit. Since 2002, these pilots have been instrumental in driving the concept of the NSRI/SAAF partnership in providing a key maritime search and rescue capability. Their decades of experience, friendly manner and steadfast support for the NSRI were key ingredients to the success story, and they will be greatly missed by our NSRI crew who flew with them.The Station also honoured former Station Commander Andy Connell, who retired after many years at the helm of ASR. Andy served on the Station as a rescue swimmer, rescue officer, and ultimately, StatCom, since its founding in the early 2000's. Andy's involvement with his home Station 9 Gordon's Bay, where he was a Coxswain, stretches back to the 1980s. The crew is indebted to his active leadership, which sparked many successful and new relationships within the aviation rescue landscape. 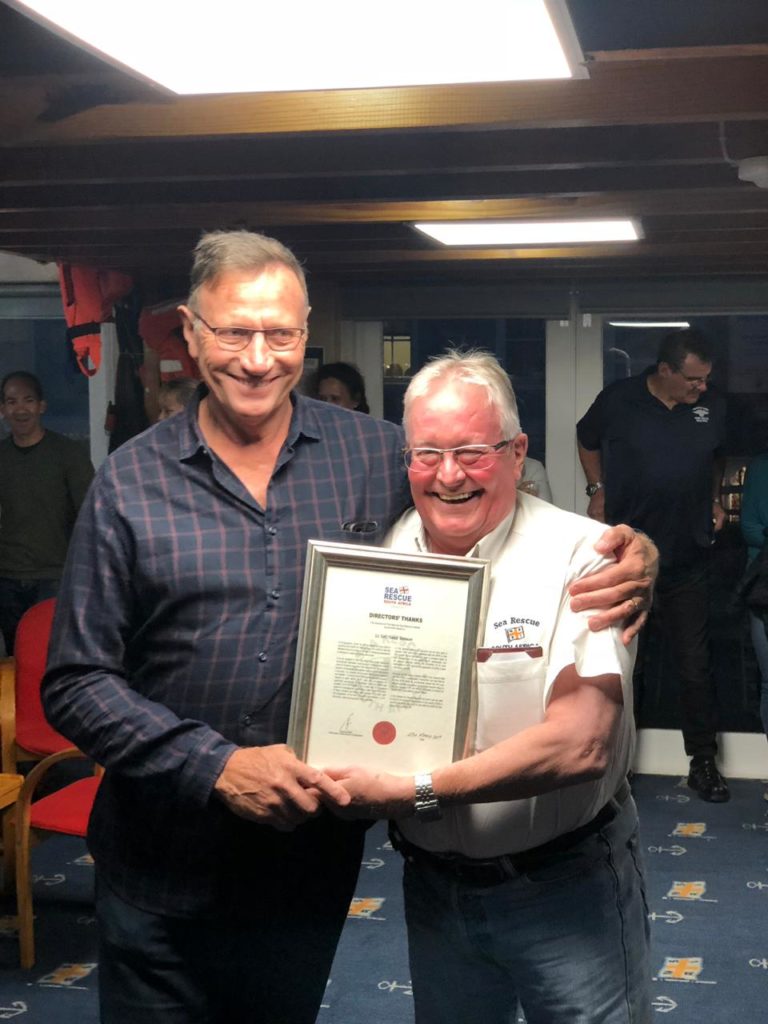 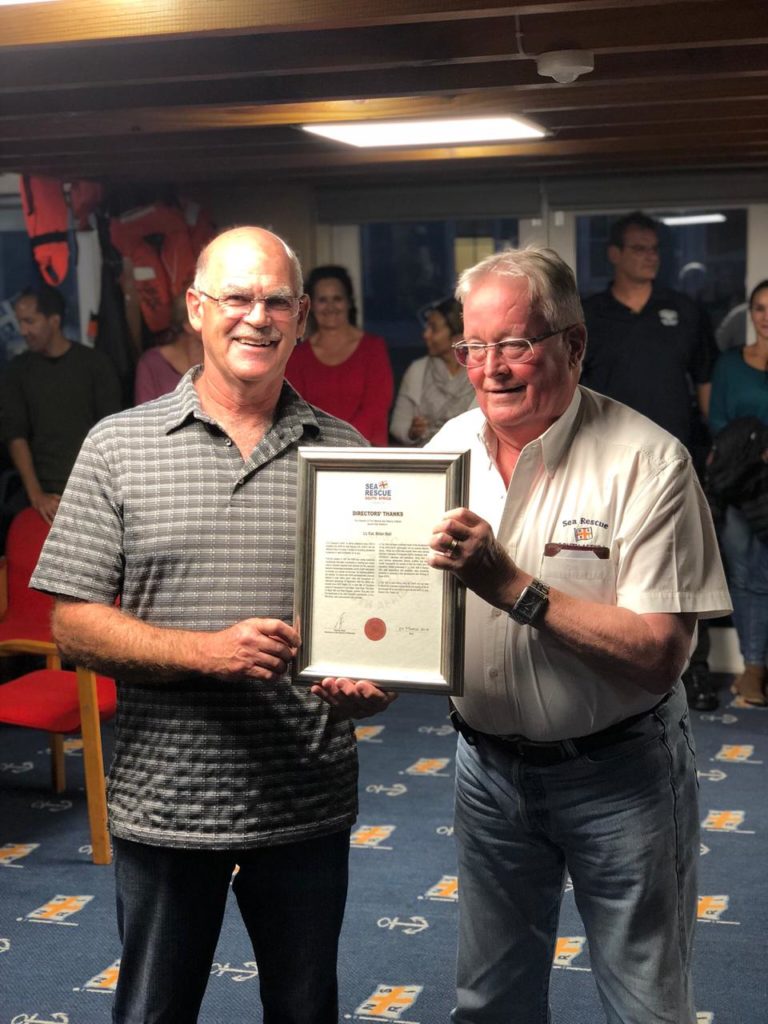 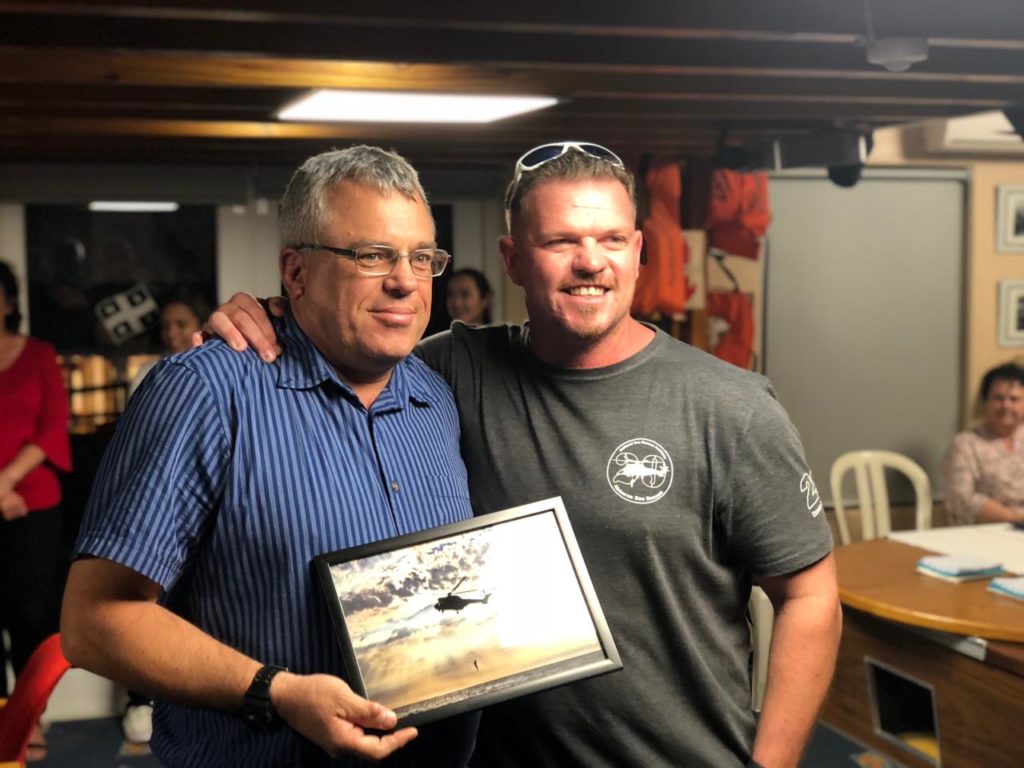 Rob Stirrat honoured for 43 years of service to Sea Rescue