KOMMETJIE:Ian Klopper, NSRI Kommetjie station commander, said:At 20h58, Friday, 01 February, NSRI Station 26 Kommetjie and CMR (Cape Medical Response) were activated following reports of a kite-boarder suffering a fractured leg at Witsand Beach, between Kommetjie and Scarborough.Our NSRI duty crew responded in our NSRI rescue vehicle and CMR response paramedics and a CMR ambulance responded.On arrival on the scene we found the patient on a remote stretch of beach at Witsand and he was treated by CMR paramedics for a fractured leg and transported off the beach in our NSRI rescue vehicle and then loaded into a CMR ambulance at the Crayfish Factory car park and he has been transported to hospital by CMR ambulance in a stable condition.RICHARDS BAY:Norman Rautenbach, NSRI Richards Bay duty coxswain, said:On Saturday morning, 02 February, NSRI Station 19 Richards Bay duty crew launched the sea rescue craft Spirit of Round Table II to respond to assist a rigid inflatable boat (RIB) off-shore of Mtunzini reporting a pontoon of the RIB punctured from a shark bite and following the incident they reported to be unable to start their motor and they requested assistance.En route to the incident the local crew on the RIB, a father, 42, and his son, 19, reported to have made it safely to shore after getting their motor started and they required no further assistance.It appears that while they fishing off-shore there were sharks in the vicinity and a shark bit their pontoon of the RIB causing a puncture and pontoon to deflate. A private boat had launched and rendered assistance.While returning to base, at 11h35, we patrolled inside the Waterfront and while going past Naval Island we were summoned to assist 2 local men involved in a Quad Bike accident near to Naval Island.On arrival on the scene our NSRI crew, 1 being a paramedic, and paramedics from ICE ambulance services and from Netcare 911 ambulance services attended to 2 males who were driving Quad Bikes when they collided.1 man was transported to hospital by ICE ambulance in a stable condition and 1 man drove himself to hospital for a check-up.VAAL DAM:Dirk Manten, NSRI Vaal Dam station commander, said:At 12h00, Saturday, 02 February, NSRI Station 22 Vaal Dam responded a rescue craft to assist a man at Hector Bay whose canoe had sunk.On arrival on the scene we found the man swimming towards shore wearing a life jacket.He was tired from swimming and we rescued him onto our rescue craft and found that his ski-boat had drifted onto the dam and he had used a canoe to go to retrieve his ski-boat but the canoe sunk forcing him to swim for shore.We took the man to his ski-boat which he brought safely to shore and we recovered his canoe for him and no further assistance was required. 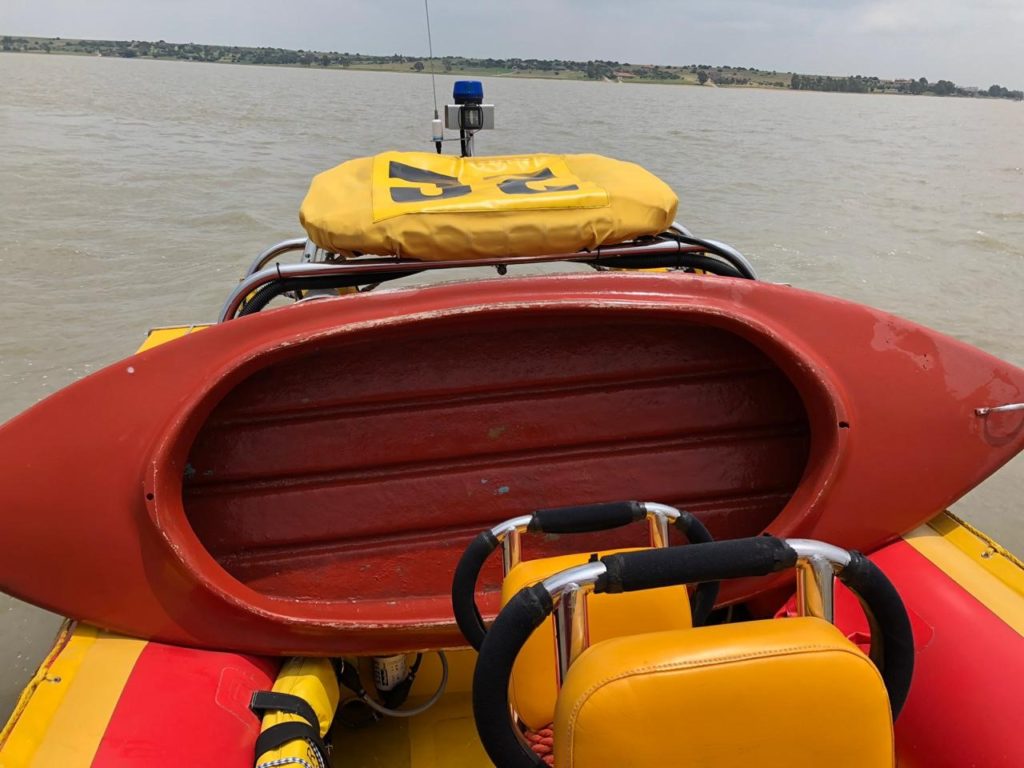