KOMMETJIE:Ian Klopper, NSRI Kommetjie station commander, said:At 16h47, Friday, 25th January, NSRI Station 26 Kommetjie crew were activated following a request for assistance from one of NSRI crew members reporting their dog, a Mallemut, stung by multiple bees in a encounter with the bees in Kommetjie and the owners were unable to get to access to their dog because of a swarm of bees and the dog appeared to be suffering multiple stings and an allergic reaction to bee stings.NSRI Kommetjie crew responded and were able to recover the dog despite being stung themselves and the dog was rushed to a local vet where medical treatment was administered but sadly during the night the dog succumbed to injuries and passed away.NSRI convey our Condolences to the family.WILDERNESS:Robert van Helsdingen, NSRI Wilderness station commander, said:At 13h42, Saturday, 26th January, NSRI Station 23 Wilderness duty crew were activated following eye-witness reports of a drowning in progress at Lientjiesklip.We dispatched NSRI rescue swimmers and the Wilderness lifeguards responded from Main Beach and WC Government Health EMS responded.On arrival on the scene an NSRI rescue swimmer and 2 Wilderness Surf Lifesaving lifeguards swam out to the casualty, an adult male, and were able to rescue him to the beach where he transported off the beach to the car park in our NSRI rescue vehicle where he was medically checked by paramedics and he required no further assistance.HOUT BAY:Geoff Stevens, NSRI Hout Bay deputy station comander, said:At 13h13, Sunday, 27th January, NSRI Hout Bay duty crew were activated following reports from off-duty NSRI Station 26 Kommetjie deputy station commander Dave Smith, skipper of the dive charter boat Jigamanzi, reporting to have come across a group of hikers on the Karbonkelberg hiking trail, close the the shoreline, near to the Boss 400 wreck.The hikers had shouted towards the boat telling Dave that their dog, a Staffi, had suffered a seizure and they requested Dave to raise the alarm.NSRI Hout Bay responded the sea rescue craft Albie Matthews and NSRI Bakoven, nearby at the time on a routine exercise, responded the sea rescue craft Rotarian Schipper.On arrival on the scene NSRI rescue swimmers were put ashore and the dog appeared to have suffered a seizure suspected to have been caused from dehydration.10 hikers, who had run out of water, part of the same hiking group, requested to be evacuated to Hout Bay with the dog.Using the NSRI floating stretcher the hikers were assisted off rocks to the sea rescue craft in relays of one person at a time, 6 to the dive charter boat Jigamanzi and 4 and the dog to the sea rescue craft Albie Matthews, and they were brought to NSRI Hout Bay sea rescue base and rehydrated and the dog was rehydrated and the dog has recovered.No further assistance was required. 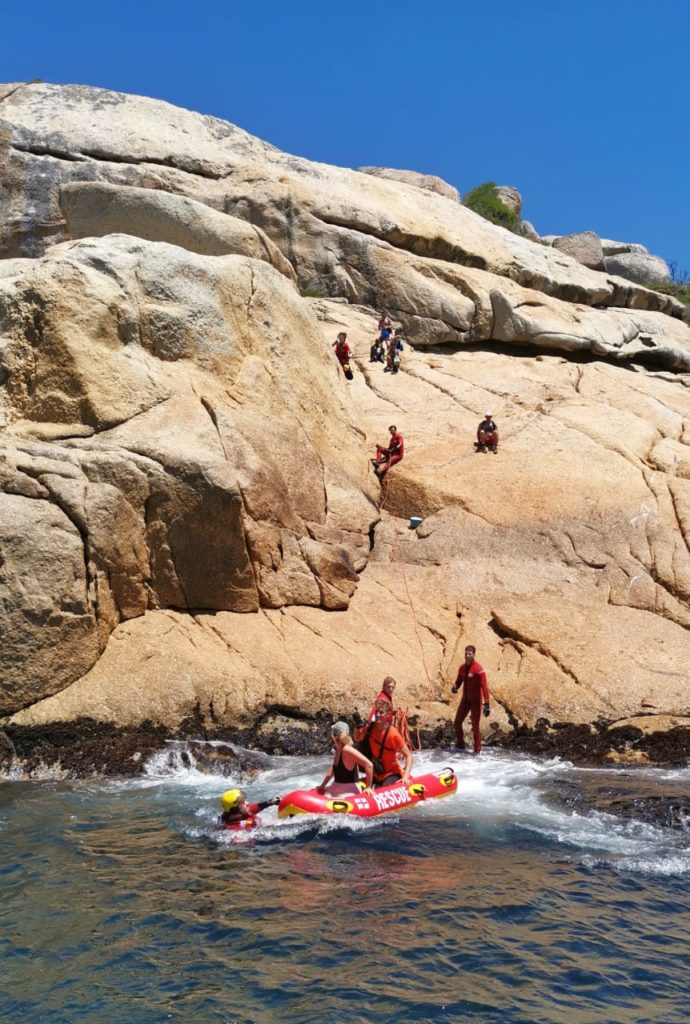 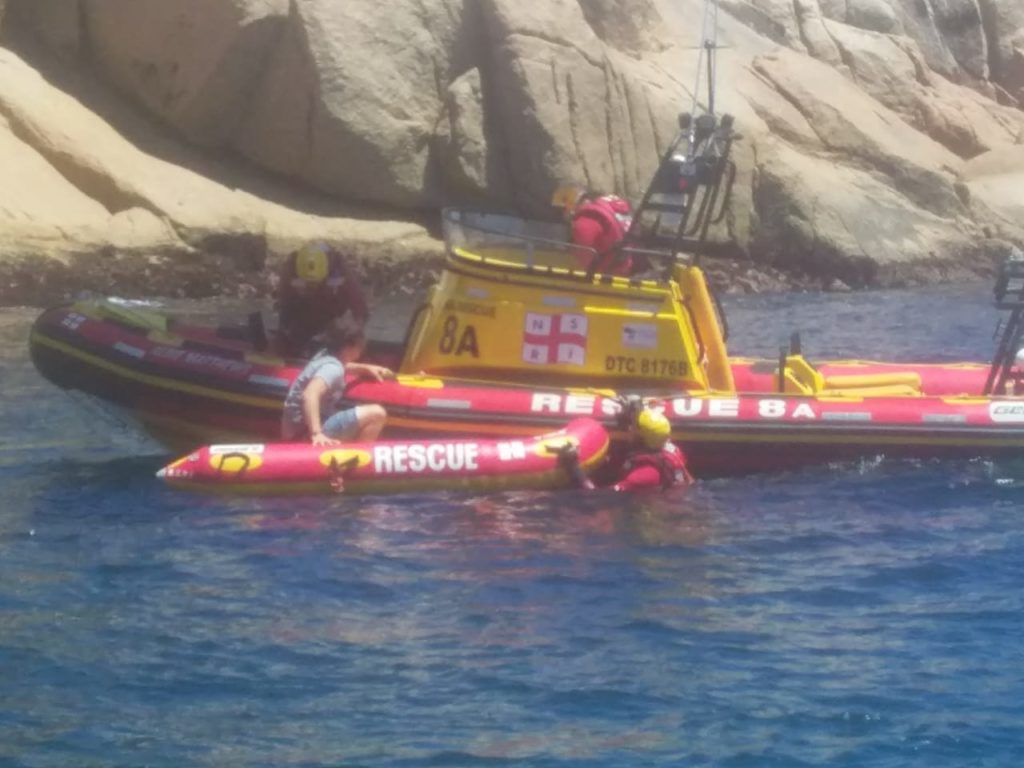