Weekend callouts around the coast

LAMBERTS BAY:Stewart Seini, Manager of NSRI's Cederberg Municipality Water Safety Program, said:At 16h35, Saturday, 08th December, NSRI duty beach patrollers noticed a man on a jet-ski appearing to be in difficulty just off-shore of Lamberts Bay.An NSRI surf rescue swimmer, using a Malibu rescue board. paddled out to the man while the NSRI beach patrollers alerted NSRI Lamberts Bay and the sea rescue craft Douglas Murray was launched.The NSRI surf rescue swimmer secured the man who was not able to get back onto his jet ski and on the arrival of the sea rescue craft the man was safely transported ashore without incident and the jet-ski was recovered.Once safely ashore no further assistance was required.LANGEBAAN:Casper Frylinck, NSRI Mykonos station commander, said:At 18h34, Saturday, 08th December, NSRI Mykonos duty crew were alerted to 2 kite boarders appearing to be in difficulty near to Sand Bags, Langebaan Lagoon.An NSRI rescue swimmer was dispatched to investigate when 2 NSRI crewmen on the Elite Charters sailing vessel, who were nearby at the time, they rescued the male and the female kite-boarder and brought them both safely to shore and recovering their kites and boards.The female was suffering from hypothermia and she was re-warmed and prior to an ambulance arriving on the scene it was confirmed that she required no further assistance.KNYSNA:Declan Nurse, NSRI Knysna deputy station commander, said:At 13h35, Sunday, 09th December, NSRI Knysna duty crew were activated following a request for assistance from Featherbed Nature Reserve where an Israeli man had fallen on a walkway suffering suspected fractured right ribs and a fractured tibula and fibula of the left leg.The sea rescue craft Jaytee IV was launched accompanied by an NSRI duty doctor and an SA Police Service Dive Unit diver and on arrival on the scene the 65 year old man was stabilised and his injuries splinted and he was secured into a Stokes basket stretcher and transported aboard the sea rescue craft to our sea rescue base and he has been transported to hospital, accompanied by his wife, in a stable condition by ER24 ambulance and we have wished him a speedy recovery.NOORDHOEK BEACH:Ian Klopper, NSRI Kommetjie station commander, said:At 14h24, Sunday, 09th December, NSRI Kommetjie duty crew were activated to assist CMR (Cape Medical Response) on the scene at Noordhoek Beach where a 33 year old Belgian female had fallen from a horse during an outride suffering a fractured arm.The female was stabilised on the beach and her injured arm splinted and a Netcare 911 air ambulance helicopter, Netcare 6, was activated and on their arrival on the scene the patient has been airlifted to hospital in a stable condition by the Netcare 911 helicopter and we have wished her a speedy recovery. 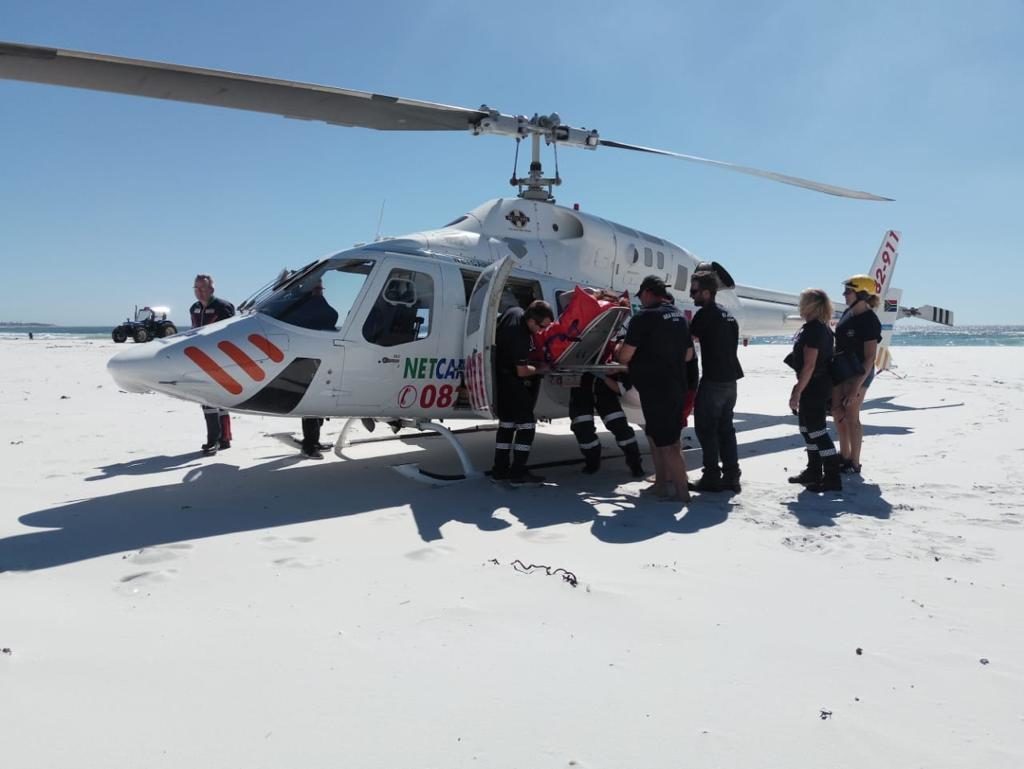 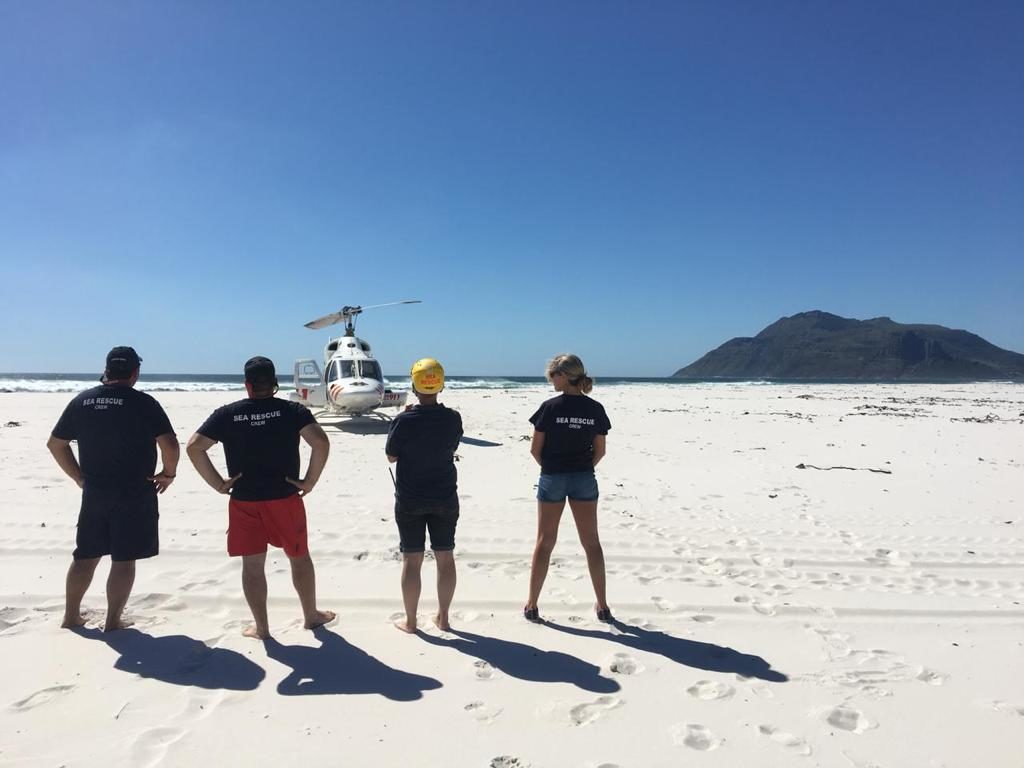 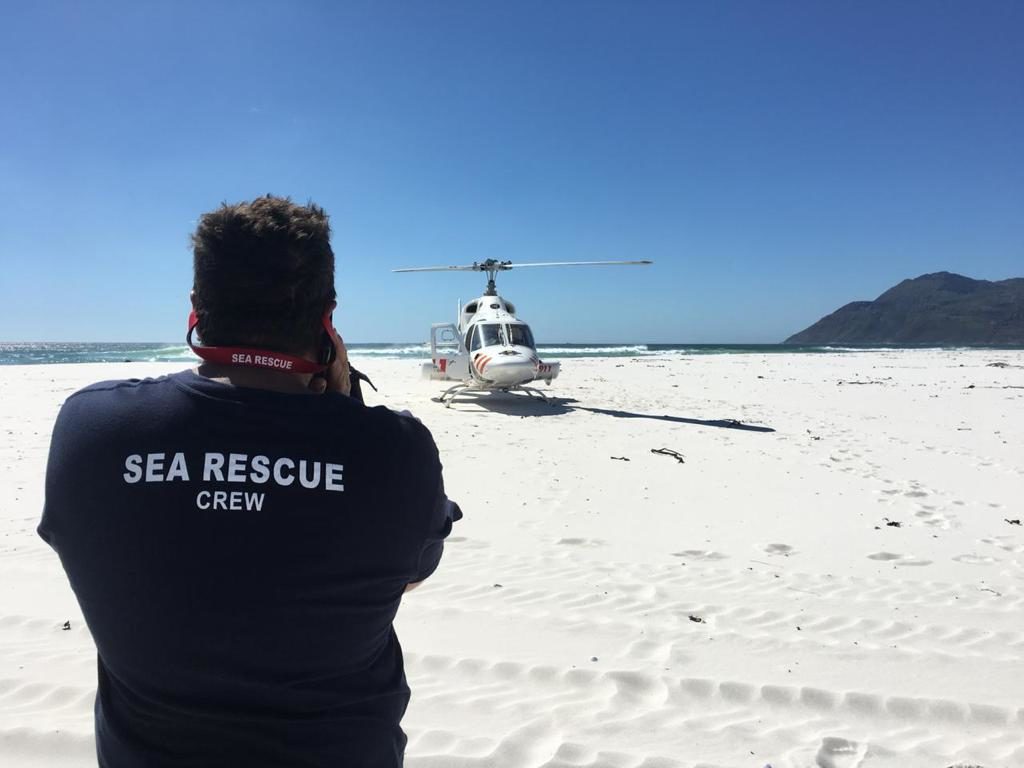 [video width='848' height='480' mp4='https://www.nsri.org.za/wp-content/uploads/2018/12/WhatsApp-Video-2018-12-09-at-18.33.41.mp4'][/video]WILDERNESS:Robert van Heldsingen, NSRI Wilderness station commander, said:At 15h51, Sunday, 09th December, NSRI Wilderness duty crew were activated following a call from George emergency services reporting a drowning in progress at Lentjiesklip, just West of Wilderness Main Beach.The sea rescue craft Lavernia was launched and NSRI rescue swimmers responded directly to the scene.On arrival on the scene it was found that a patient, a 43 year old male, had suffered a seizure on the beach and ER24 ambulance services were already in attendance and paramedics stabilised the man and he has been transported to hospital in a stable condition by ER24 ambulance and no further assistance was required. -ENDS- TO REPORT A SEA RESCUE EMERGENCY DIAL 112 FROM A CELLPHONE
Share