PLETTENBERG BAY:Robbie Gibson, NSRI Plettenberg Bay deputy station commander, said:At 14h18, Thursday, 15th November, NSRI Plettenberg Bay duty crew were activated following reports of a jet-ski with a local dad and his daughter onboard in difficulty off-shore of Keurbooms River Mouth.It was confirmed that the jet-ski battery had died, they were adrift but safe, and they confirmed that if they drifted closer to the back surfline they would deploy their anchor.The sea rescue craft Ray Farnham was launched and on arrival on the scene a towline was rigged and we towed them safely to Central Beach without incident and once their jet-ski was recovered no further assistance was required.DENNILTON, LIMPOPO:Dean Wegerle, NSRI Witbank station commander, said:At 18h40, Thursday, 15th November, NSRI Witbank duty crew were activated following reports of a 14 year old male missing in a dam at Dennilton, Limpopo.The child had reportedly gone missing in the dam while swimming with 2 friends. Bystanders called Netcare 911 control who directed the call to NSRI Gauteng and NSRI Gauteng activated NSRI Witbank.NSRI Witbank rescue swimmers responded to the scene to join the SA Police Services on the scene.On arrival on the scene NSRI rescue swimmers were deployed into the water and a sweeping line search including free dive search efforts were employed in the zero visibility water.Despite an extensive search no sign of the teenager has been found and a Police Dive Unit are tasked to continue a search on Friday.NSRI Witbank duty crew returned to base in the early hours of Friday morning.Police have opened an investigation.Thoughts are with the family and friends of the missing teenager in this difficult time. 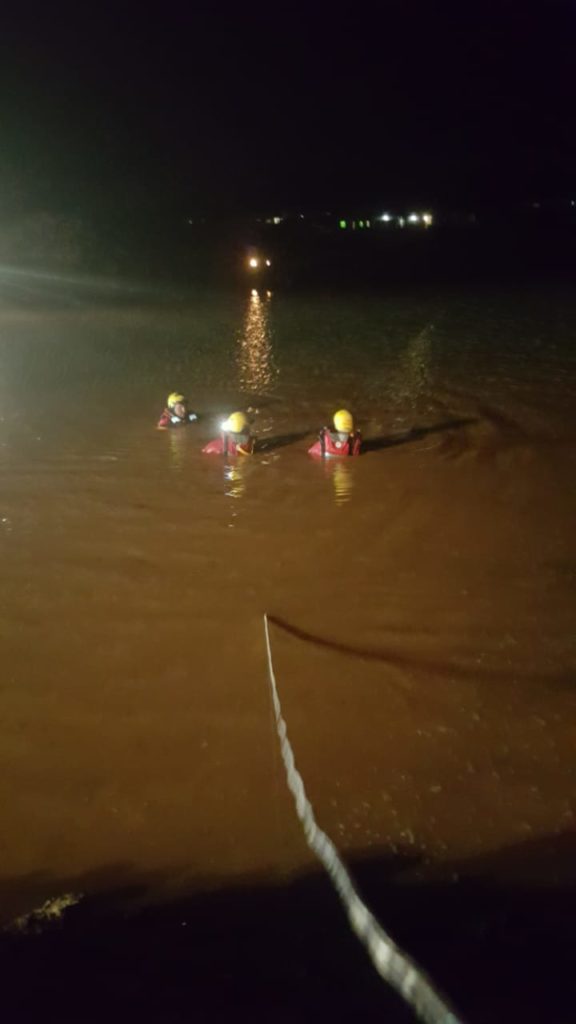